FRASER FORSTER accepts he and Craig Gordon are glove rivals for the goalkeeping spot at Celtic, but they are united in their No.1 aim – winning games for the Hoops.

The comeback keeper agreed a season-long loan deal last month five years after leaving on a £10million fee to Southampton.

Forster ousted Gordon for the 3-1 Premiership victory over Hearts at Parkhead, but the Scotland international returned for the 4-1 Europa League play-off second leg victory over AIK Stockholm in Sweden five days later.

However, the Englishman, who hadn’t been registered in time for Europe, was back in place for a virtual day-off in the 2-0 win over Steven Gerrard’s side at Ibrox on Sunday.

Scott Bain will join Forster and Gordon in the battle for the first-team jersey when he recovers from his dislocated thumb injury sustained in the disastrous 4-3 Champions League exit against Cluj.

The towering shotstopper, who cost Neil Lennon £2million when he originally joined the club from Newcastle in 2010, told the Evening Times: “I spoke to Craig before the AIK game and wished him well.

INTERNATIONAL DUTY…Fraser Forster prepares for an England  friendly against Scotland at Parkhead in 2014.

“He did the same on Sunday. We are experienced players. We understand how hard the position is. We just want the best for the team at the end of the day.

“We understand that it’s a hard situation and any one of us can play, but, first and foremost, we just want the team to win.

“That’s the most important thing.”

While Gordon is attempting to win back his Scotland place with Steve Clarke giving the nod to ex-Celt David Marshall in recent games – including last night’s 2-1 loss against Russia – Forster has admitted he is determined to gatecrash Gareth Southgate’s international plans. 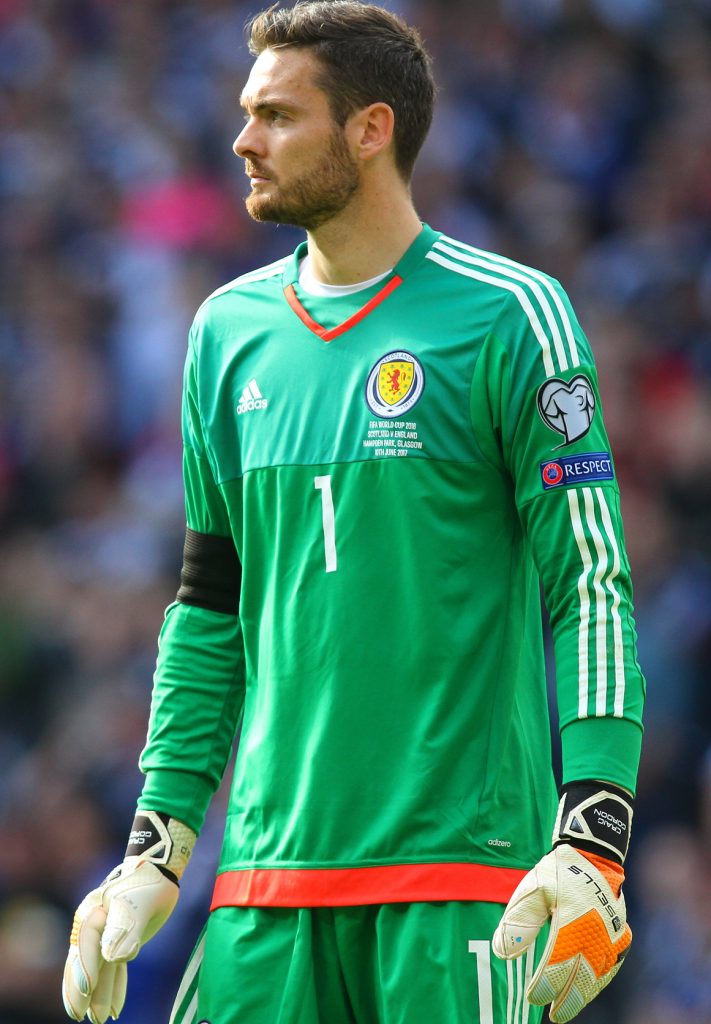 INTERNATIONAL DUTY…Craig Gordon playing for Scotland against England in the 2-2 draw in 2017.

He hasn’t been in an England squad since he was an unused substitute against Lithuania in October 2017 and he hasn’t played since a friendly win over Australia almost three-and-a-half years ago at St Mary’s.

Asked if he hopes the return to the Hoops will help him get back into his nation’s thoughts, Forster answered: “Hopefully so. First and foremost, I’m just concentrating on trying to put in performances here, really.

“The rest is out of my hands. I will try to play as well as I can here and see what happens.