Celtic Quick News on News Now
You are at:Home»Latest News»CELTIC MISFIT IS MAN OF THE MATCH
By CQN Magazine on 4th July 2021 Latest News

FORMER Celtic striker Patryk Klimala won the Man of the Match award after inspiring New York Red Bulls to a 2-1 away win at Orlando City.

The Polish striker, who made a £3.5million switch to the States in the summer, is beginning to look like the player who convinced Neil Lennon to shell out an identical fee in January last year.

Klimala, who claimed a meagre three goals for the Parkhead men, set up both strikes for his team-mates Cristian Casseres Jr in the sixth minute and Fabio 18 minutes from time. 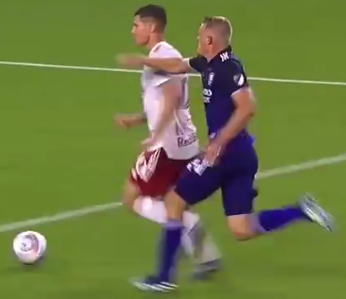 ON THE RUN…Patryk Klimala races past an Orlando City defender.

ON HIS KNEES…Klimala sinks to the turf as his low shot misses the target. 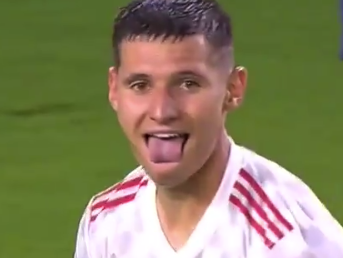 TONGUE-TIED…Klimala is lost for words after shooting wide, but he still set up a double for Red Bulls.

The Red Bulls remain the only team to get the better of Orlando this year and the ex-Hoops forward played a massive role. Goalkeeper Carlos Coronel also had a part to play with a brilliant 42nd-minute penalty-kick save to make sure his side were leading at the interval. The referee awarded the spot-kick for a Kyle Duncan shove on Mauricio Pereyra and the home side’s playmaker took the award, but saw Coronel dive full-length to his left to push the ball to safety.

However, the netminder was helpless when Chris Mueller levelled just before the hour mark after being set up with a neat pass from Pereyra.

Klimala thought he had restored the Big Apple club’s advantage with a sweeping low shot which edged just past the post.

He had better fortune when he sent Fabio clear to net the winner with a crisp finish.

Red Bulls have won three and drawn one of their last five games with Klimala more than paying his way.