CELTIC are pressing ahead with their £6million move for central defender Cameron Carter-Vickers.

The US international arrived at Parkhead just moments before the August deadline and has impressed with his no-nonsense, unfussy style of play in the Hoops back-line.

Carter-Vickers agreed a season-long loan from Spurs in the summer and the contract will run out at the end of May.

Ange Postecoglou’s men have seven Premiership fames to play – with the countdown continuing at Ibrox on Sunday – and face Giovanni van Bronckhorst’s side in the Scottish Cup semi-final at Hampden a fortnight on Sunday with the grand finale scheduled for May 21. 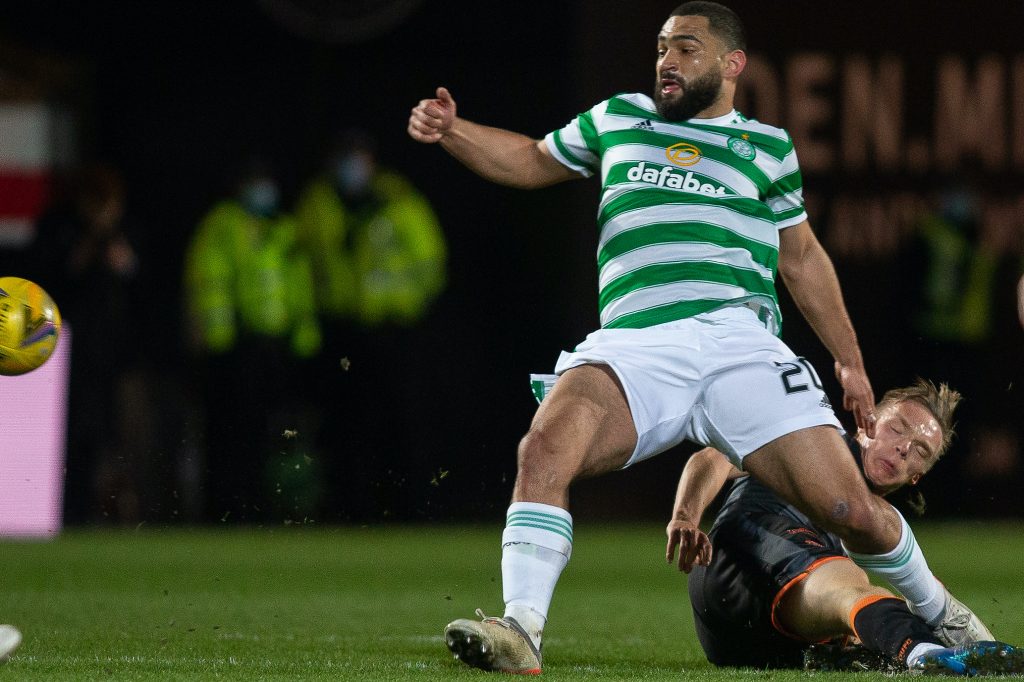 I’M IN CHARGE…Cameron Carter-Vickers breaks up a Dundee United raid in Celtic’s 3-0 Scottish Cup win at Tannadice this month.

The  24-year-old back-four performer will play a major role in the pursuit on an amazing clean sweep of the domestric trophies and Postecoglou is eager for the player to agree a permanent role at the club.

The Parkhead club opened talks with his London club shortly after the turn of the year and they have stepped up negotiations in recent days, according to a report in Sky Sports News.

Celtic have no problem with the asking fee – an identical situation with Filipe Jota and Benfica who are asking for £6.5million for their impressive winger – and it looks to be coming down to personal terms.

Carter-Vickers was on loan at Bournemouth last season and the Premier League-bound outfit, with Ryan Christie in midfield, have been linked with a permanent move for the defender as they prepare once again for life in the top-flight.

However, reports indicate the Hoops are in pole position and Postecoglou wants the deal signed, sealed and delivered before he turns his attention to the summer transfer window.