Celtic Quick News on News Now
You are at:Home»Latest News»‘CELTIC NOT FIT ENOUGH,’ MALMO BOSS
By CQN Magazine on 20th August 2015 Latest News
MALMO coach Age Hareide has launched a stinging attack on the fitness levels of the Celtic players.
The veteran gaffer wasn’t impressed by Ronny Deila’s men as the Swedes scored with their last kick of the ball to haul the scoreline back to 3-2 for the Parkhead side.
Hoops misfit Jo Inge Berget, remarkably, managed to do something inside 45 minutes that took him six months to achieve during last season’s forgettable loan period from Cardiff City – score two goals.
But Hareide revealed he was not at all shocked that his team scored five minutes into added-on time to throw themselves a £15million Champions League lifeline with the second leg play-off due at home on Tuesday.
He said Celtic looked “tired” before conceding a late goal and that they don’t have the fitness for a full match.
Hareide admitted he was surprised when Deila’s side raced into a two-goal lead in 10 minutes, but not at the late surge that put his team back in contention.The Norwegian said: “It was a terrible start for us, losing two goals so early in the game. I don’t know what happened, but credit to the boys for getting back in the game. 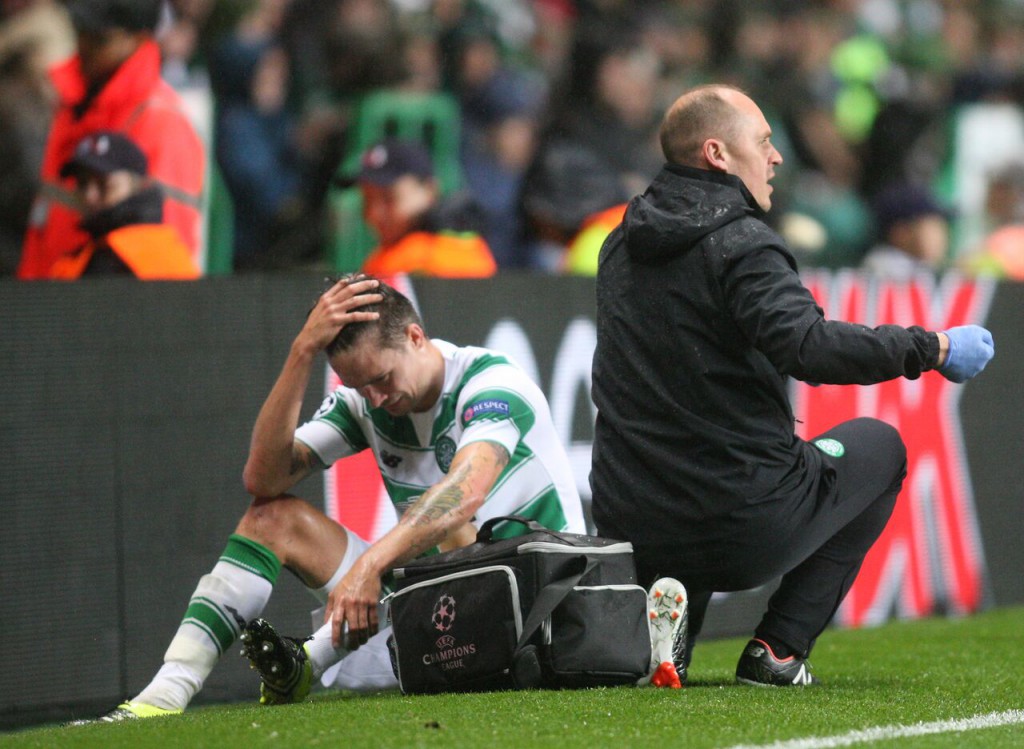 “We saw against Inverness Caley Thistle on Saturday that they do not have the legs for 90 minutes.

“Then we made silly mistakes and you cannot do that at this level. But credit to the boys they worked their way back into the game and made it 3-2.”

Hareide said he still believes his side can go through, with the away goals meaning a one-goal win at 1-0 or 2-1 would put Malmo in the group stages.

“We have a very good chance to beat them at home now and we only need one goal,” he said.

“We will attack them at home and play our normal game and, hopefully, it will be enough.”

Celtic have conceded six goals in their past three games with four of them coming late in the second-half.
Hareide watched from the Rugby Park stand as Kilmarnock’s Kallum Higginbotham netted with an 87th-minute penalty-kick to give his side a 2-2 draw.
And Caley Thistle pulled back two goals at the weekend with Celtic coasting at 4-0.
Now Berget’s late strike has put pressure on the Hoops to achieve their place in the money-spinning Champions league group stages.
Click Here for Comments >
Share. Twitter Facebook Google+ Pinterest LinkedIn Tumblr Email
Previous ArticleDEILA’S GOAL WARNING TO SWEDES
Next Article MALMO TRASH TALK