Celtic Quick News on News Now
You are at:Home»Latest News»CELTIC ‘NOT INTERESTED’ IN SELLING DEMBELE
By CQN Magazine on 5th June 2017 Latest News

According to unreliable MSM weekend reports, AC Milan became the latest major European outfit credited with an interest in the French ace, with Chelsea, Sevilla, Marseille, PSG and Borussia Dortmund already hovering around the 20-year-old frontman.

Also, Celtic wouldn’t entertain bids of under £30million for Dembele, the player who joined from Fulham for £500,000 last summer, with sources at the club anticipating that the player’s transfer value would be tens of millions higher than that after another successful season or two with the Champions. 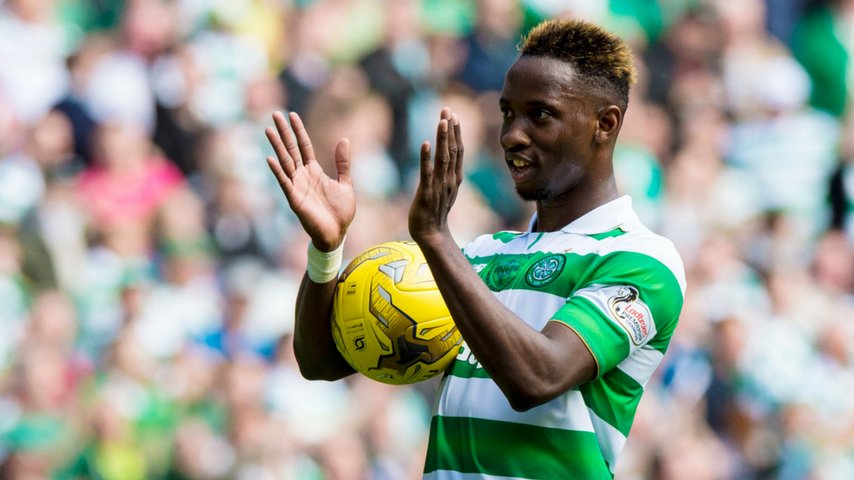 The Hoops boss issued a clear statement of intent towards the end of last season.

He said: “Am I confident my key players will be here for the qualifiers? Yes.

“I would like to think, going into the qualifiers, that we will be a stronger squad. We will retain the ones we have and then, touch wood, be able to make the additions we want.”

Dembele quelled talk of a move after just one season, saying only last month: “I’ve got a four-year contract here so it’s just speculation.

“I haven’t said I’m going to leave the club. You want to play Champions League football and I’ve had the chance to do it this season.

“I think Celtic is the best place for me.” 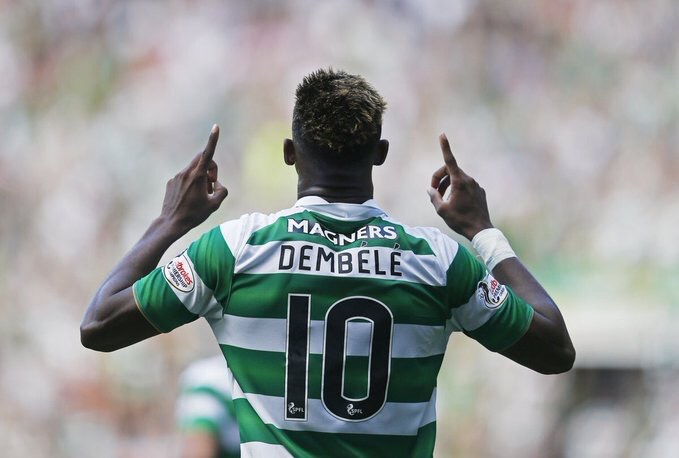 Nice to hear that again Moussa.
“I think Celtic is the best place for me,” words that wee Paddy could be using himself very soon indeed.
After reading a few ‘exclusives’ on that one last night it did occur to us to dig out our story on this from a week or two ago but why bother?
You know you read it on CQN first, don’t you? More to follow on that shortly.
It’s like the story a year ago about Dembele signing. It was a strange feeling a few days after CQN published the story to see the ‘Demebele to Celtic” EXCLUSIVES on various back pages. CQN told you days before…
CQN’s VENI VIDI VICI – I came, I saw, I conquered tribute t-shirts for Brendan Rodgers are selling fast. On the back we have Brendan’s quote from last Saturday at the Scottish Cup Final – “I was born into Celtic,” order yours now at cqnbookstore.com
These t-shits arrive TODAY and will be shipped immediately so order now and you will have yours in a day or two! 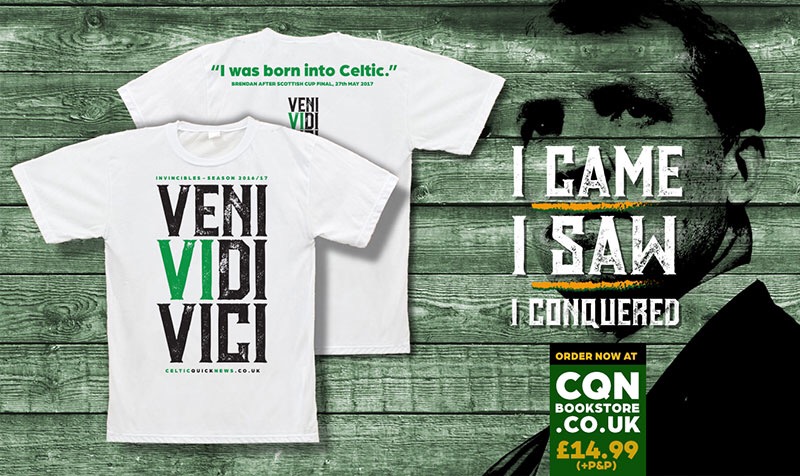