Celtic Quick News on News Now
You are at:Home»Latest News»CELTIC ON BRINK OF 9-IN-A-ROW DECISION
By CQN Magazine on 15th March 2020 Latest News

CELTIC are on the brink of being awarded the Premiership title with reports Boris Johnston will officially declare the 2019/20 season OVER.

According to the Scottish Sun on Sunday, SPFL bosses expect the Prime Minister to make a historic decision as the coronavirus pandemic continues to threaten.

Johnston is likely to order an immediate end to professional leagues across Britain, putting an abrupt halt to the current uncertainty and wayward speculation.

The SPFL — in line with their English counterparts — would then decide on ratifying final positions in all four divisions as they stand.

Crucially, doing this would enable the league chiefs to distribute prize money early to help clubs, financially starved without gate revenue, survive in the lockdown period.

Naturally, the option of voiding the season could have severe legal and financial ramifications.

Season-ticket money, sponsorship cash and multi-million pound TV deals for this term would all need to be reviewed. 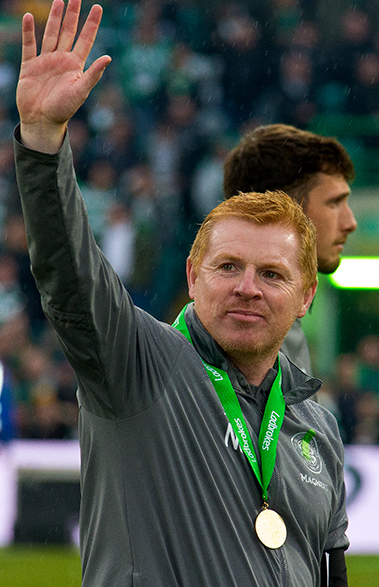 CHEERS…Neil Lennon with his Premiership medal after last season’s triumph.

Celtic, Dundee United, Raith Rovers and Cove Rangers could all now be declared title winners for the 2019/20 campaign.

Les Gray, an SPFL board member and the Hamilton Accies vice-chairman, said: “I don’t think the season can ever be made null and void.

“After 30 games, if you make the season null and void — season-ticket holders are entitled to their money back, for a start.

“The broadcaster could say the season never happened and want their money back.

“From a financial perspective, you can’t make the season void, what you can do is look at what alternatives there are.”

With the titles settled, that would put pressure on the bottom clubs Hearts, Partick Thistle, Stranraer and Brechin who would drop down, although it’s unclear who would be promoted to League Two.

The regular play-offs for places in the Premiership, Championship and League One would almost certainly be scrapped. 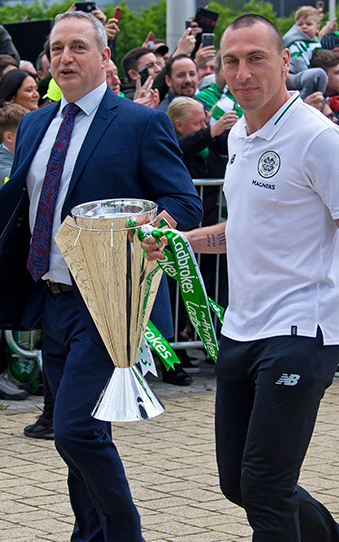 To soften the financial blow for all relegated clubs, the SPFL could look at the distribution model and hand out extra cash due to the unique circumstances.

Leaving the current campaign in cold storage is viewed as a complete non-starter, with clubs struggling to stay afloat.

Several clubs, most notably Hearts, are likely to argue for an alternative way forward, while some lower-league figures have floated a plan of no relegation this season, with every league accepting two promoted teams.

However, it is understood top-flight clubs believe the idea of a 14-team Premiership next season is simply unworkable.

SPFL and SFA chiefs are in constant contact — with an emergency meeting set to be held tomorrow.