The Hoops, who are aiming to win the silverware for the FIFTH successive season, will learn their fate when the draw is made live on Premier Sports around 6.30pm.

Neil Lennon will have to wait to hear the news until the end of coverage of his former team Hibs’ clash with Dundee at Easter Road which has a 4.30pm kick-off.

The holders will take their place among the other teams in the all-in ballot where they will join the eight group winners and the four best runners-up.

Celtic’s spectacular recent successes in the competition are highlighted in the Celtic: Treble Treble publication. 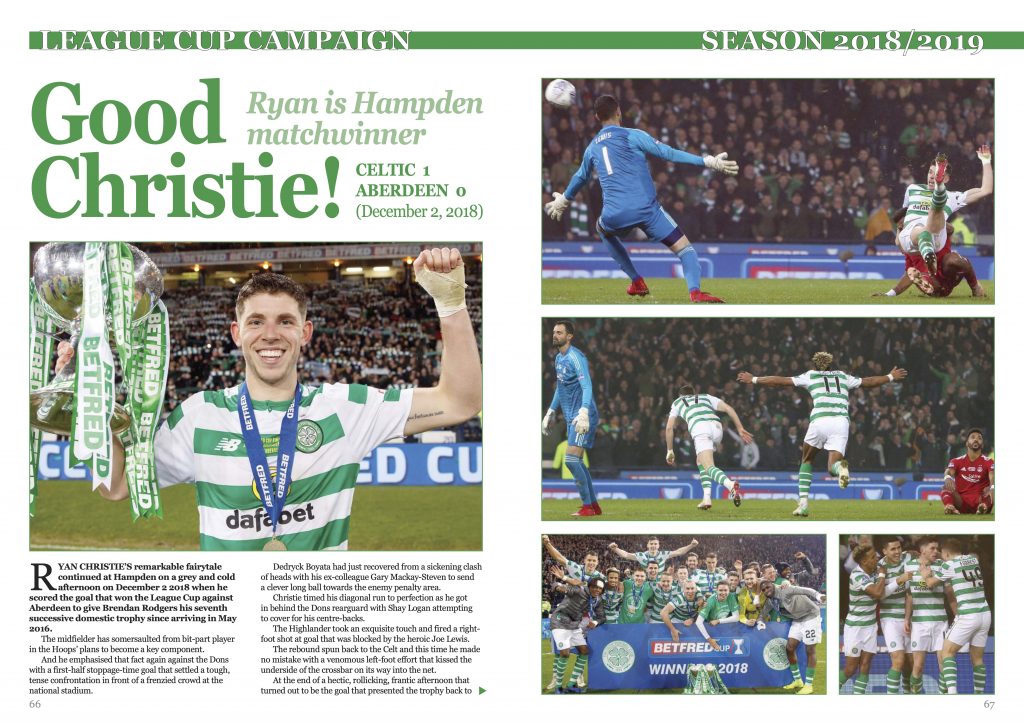 The Hoops will be due to play on Sunday, November 29 as they are scheduled to meet shock squad Sparta Prague in the Czech Republic in the Europa League Group H encounter the previous Thursday.

The Hoops’ four consecutive triumphs in the competition have come against Aberdeen 3-0 to get the ball rolling in 2016, with Motherwell beaten 2-0 a year later, then the Dons again 1-0 and last season Chistopher Jullien got the winner against Steven Gerrard’s Ibrox side in another grand finale.