CELTIC will step onto the Champions League tightrope in Athens on Tuesday night – and Brendan Rodgers realises there isn’t a safety net in sight.

Following this evening’s frustrating stalemate at a packed Parkhead, the Hoops realise they MUST score in the Olympic Stadium or their chance of a place among Europe’s elite for the third season in succession will be gone.

Yet it should have been so different against a team that ended with 10 men for the bulk of the second-half.

Callum McGregor presented the Scots an early advantage, but some atrocious defending allowed the Greeks to leavel just before the interval.

In the early moments, the Hoops were getting some joy down the left with Kieran Tierney and McGregor threatening in swift raids.

The pair teamed up to create an opening in the seventh minute when the left-back flashed in a low angled cross that took a ricochet before bouncing away from Odsonne Edouard who was poised to pounce. 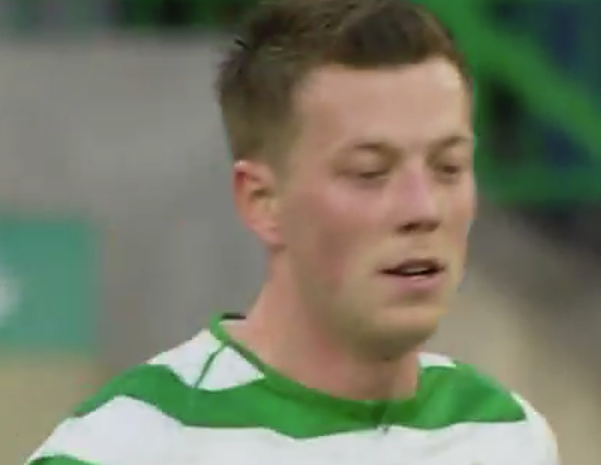 Two minutes afterwards, Edouard nonchalantly pushed a pass through the Green rearguard into the tracks of McGregor, but his fierce drive was pushed away for a corner-kick by keeper Barkas.Celtic poured forward in search of the crucial breakthrough goal and James Forrest and Tom Rogic had drives blocked by frantic defenders.

In the 13th minute Tierney was sent sprawling on the edge of the box. The fans roared for a penalty-kick, but Italian referee Luca Banti wasn’t swayed and awarded a free-kick just outside the area. Edouard’s effort didn’t threaten the AEK goal.

All credit to Kristoffer Ajer for his persistence in winning a challenge inside the Greek half before Rogic took over to sweep an excellent ball to Tierney, once again making the most of a pocket of space on the left.

The defender’s low ball across took a nick off a defender, but still found the aware McGregor who took a touch before swivelling and flashing a low eight-yard drive across the keeper into his left-hand corner of the net. 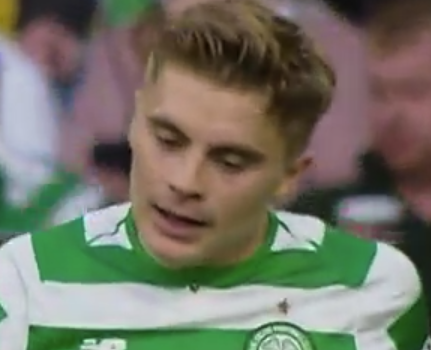 ON FIRE…James Forrest was a menace on the right wing.

In the 37th minute it was Forrest’s turn to have a go after turning his opponent inside out before his effort zipped wide of the upright.

Craig Gordon was forced to make a fine tip-over save from a wicked right-foot 20-yard attempt from Simeos which was dipping in just under the crossbar.

Two minutes from the interval, Celtic paid a heavy price for a moment’s hesitation in defence when a ball in from the left found Klordanidis all alone 16 yards out with Ajer and Jack Hendry caught out.

The Greek midfielder didn’t hesitate as he crashed an unstoppable drive high past the helpless and exposed Gordon into the roof of the net.

Apart from a pocket of travelling fans, the sell-out crowd was struck dumb. It was a goal from nowhere, a real sickener and Rodgers’ side knew they would have to retaliate to get back on top.

At half-time, the Greeks would have been elated while the Hoops boss had some words of wisdom to deliver.

In the 48th minute loose play from Tierney gifted AEK a throw-in which was taken swiftly and Ajer was booked for an awkward tackle on Niklas.

The Greeks were undoubtedly encouraged by their goal and were swarming around as they refused to give the home players a chance to settle on the ball.

Galanopoulos became the second Greek to be yellow-carded as he hauled Rogic to the ground as the Aussie surged forward. 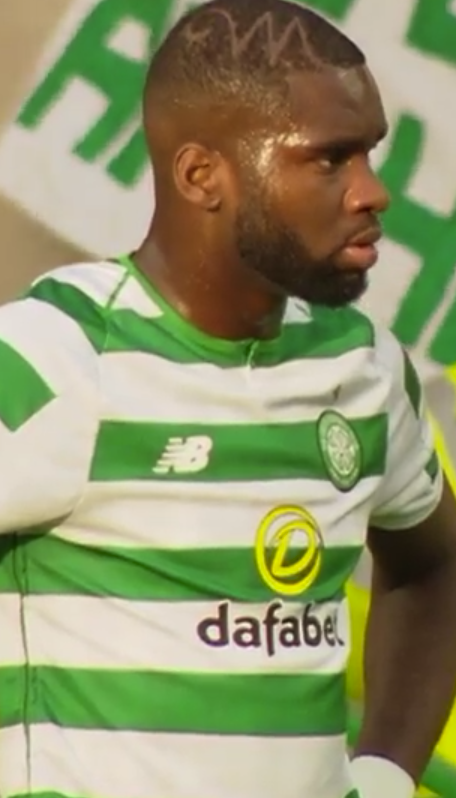 Earlier in proceedings, Ntcham whipped one wide of the keeper’s right hand post and then the Athens players decided to indulge in time-wasting theatrics to frustrate the home team and the support.

In 63 minutes, Leigh Griffiths was introduced for Rogic as Rodgers changed the shape of the team with Edouard dropping in behind the Scotland international striker.

Two minutes later, Ntcham attempted another right-foot shot from the edge pf the box, but once more he was just off target.

Brown then passed out to the spirited Forrest and his inviting cross was knocked just over the bar by Griffiths from eight yards.

In the 72nd minute, Scott Sinclair came on for Mikael Lustig with the Hoops going to a back three for the remainder of the encounter.

The substitute had an early opportunity to make an impact when Ntcham sent over a wonderful low cross from the left, but the Englishman missed his kick and the ball was cleared.

It was all getting a bit frantic as the clock ticked down and too often the final pass was awry and opportunities were lost. There was a lot of possession, but precious little precision.

Now Celtic must do what they have never done before in their history – score a goal in Greece. The only other time they played a Greek team in Europe was Olympiakos in 1974 and and, after a 1-1 draw in Glasgow, they lost 2-0 in the return.