Celtic Quick News on News Now
You are at:Home»Latest News»CELTIC PARK AS YOU HAVE NEVER SEEN IT
By CQN Magazine on 21st March 2021 Latest News

CELTIC PARK will have a new look for today’s High Noon kick-off between the Hoops and Steven Gerrard’s Ibrox visitors.

Unfortunately, the club have been forced to erect fencing and barriers to prevent supporters gathering outside the stadium while breaking strict Covid-19 guidelines.

Earlier in the week, doubts had been cast over whether the fixture would take place after government officials criticised the Govan club’s fans as thousands smashed the curfew to celebrate their team’s first title triumph in a decade after nine years of Celtic domination. There were ugly scenes outside Ibrox stadium two weeks ago and then 24 hours later as they went on a rampage of destruction at George Square in Glasgow city centre.

At some stage over that unruly weekend, fans clambered onto the statue of legendary skipper Billy McNeill which sits proudly on Celtic Way.

Justice secretary Humza Yousaf warned: “Police Scotland have confirmed there will be a significant police presence in Glasgow to maintain public safety. I urge the fans to listen to the messages from their clubs, the police and government to stay at home.”

CQN repeats Celtic’s plea to remain indoors and, hopefully, enjoy the action and outcome on TV. 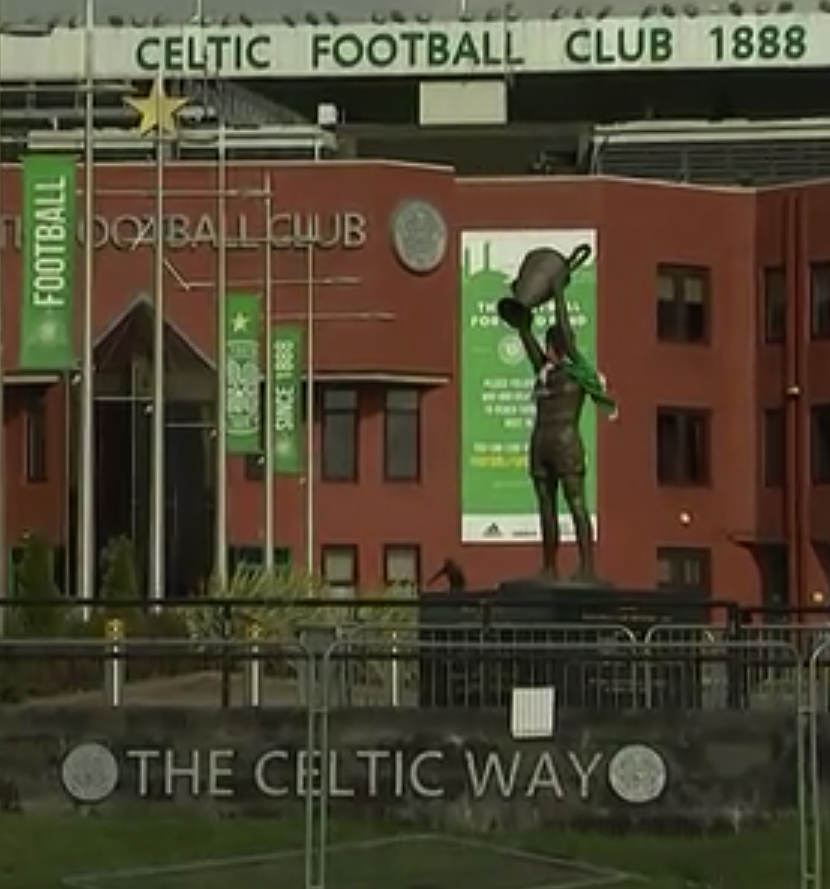 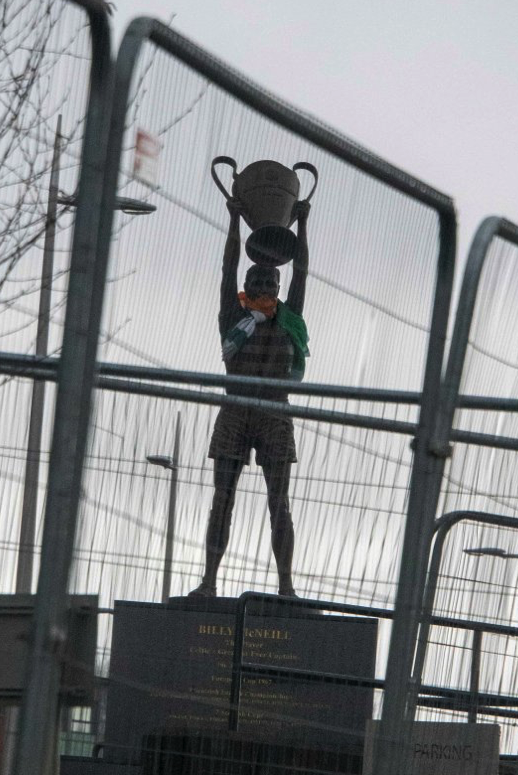 PROTECTED…the statue of the Lisbon Lion on Celtic Way. 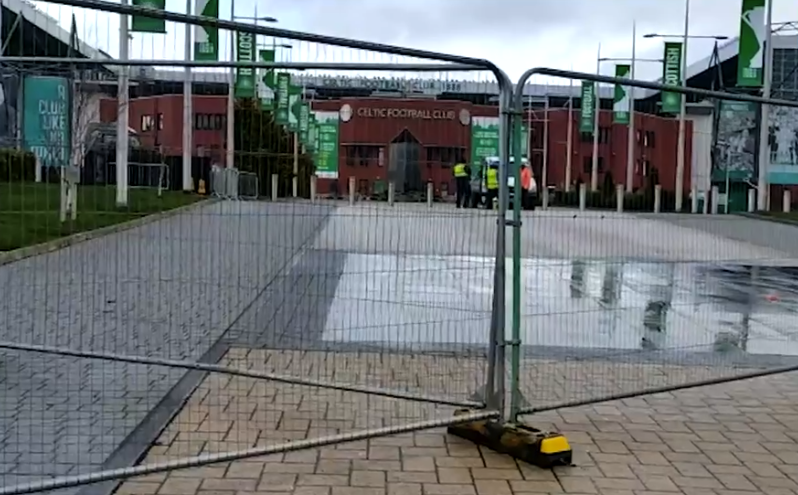 FENCED IN…protective barriers are in place outside the stadium.

* DON’T miss the unbeatable match report from Parkhead this afternoon – only in your champion CQN.