CELTIC will be allowed to play to a capacity 60,000 crowd against Hibs at Parkhead on Monday evening when the Premiership resumes.

That’s the good news which was delivered by the Scottish Government this afternoon when it was announced that football stadiums can return to full capacity from Monday.

It also means there should be a sell-out crowd for the second Glasgow derby of the season when Giovanni van Bronckhorst brings his Ibrox side to the east end of the city on Wednesday evening, February 2. 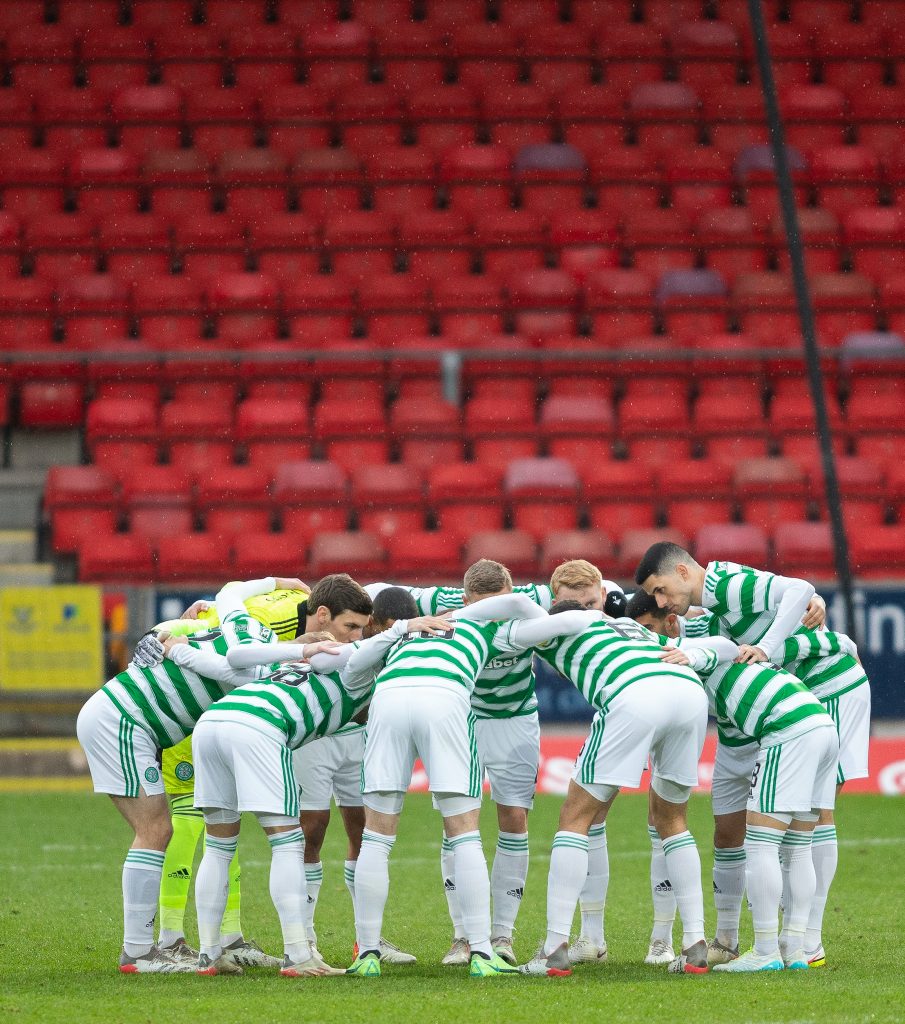 HUSHED HUDDLE…the Celtic players go through their pre-match routine against St Johnstone in Perth on Boxing Day in silence.

The decision has been taken following a three-week period in which restrictions on large outside gatherings – including sporting events – were in force.

Only 500 people have been able to attend grounds in the country since Boxing Day when the Hoops overcame St Johnstone 3-1 at McDiarmid Park in a game played in virtual silence.

First Minister Nicola Sturgeon today gave a speech to the Scottish Parliament to confirm the news and vindicated the decision of Celtic and nine other clubs to back the logical and sensible decision move the winter break. Two clubs, the Govan outfit and Ross County, voted against. 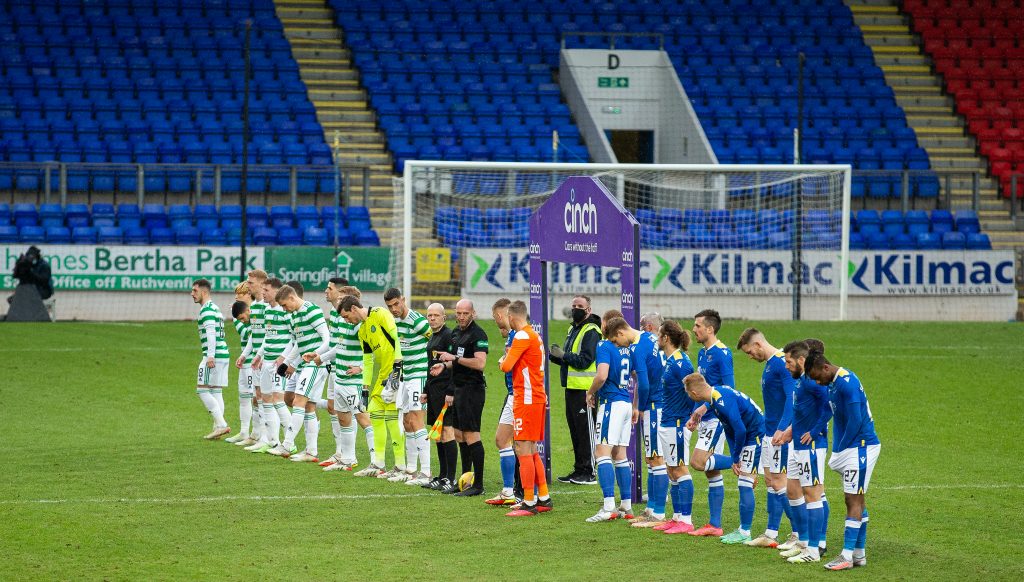 GHOST GAME…Celtic and St Johnstone players and the match officials line up before the kick-off on December 26 with only 500 fans allowed into McDiarmid Park.

Ms Sturgeon, speaking on BBC News, said: “I can confirm today that the attendance limit of 500 at large scale outdoor events will be lifted from Monday 17th January. That means, for example, that spectators will be permitted again at major outdoor sporting events including football fixtures scheduled for early next week and forthcoming Six Nations rugby matches.

“The Covid certification scheme will remain in place for these and other events previously covered, but with two important changes. Firstly, our guidance will now stipulate that organisers of large events of 1,000 or more people should check the certification status of at least 50 per cent of attendees rather than the current 20 per cent, or 1,000 people.

“Second, on Monday, the requirement to be fully vaccinated for the purposes of Covid certification will include having a booster if the second dose was more than four months ago. The NHS Scotland Covid Status app for domestic use will be updated on Thursday so that its QR code includes evidence of booster vaccination.” 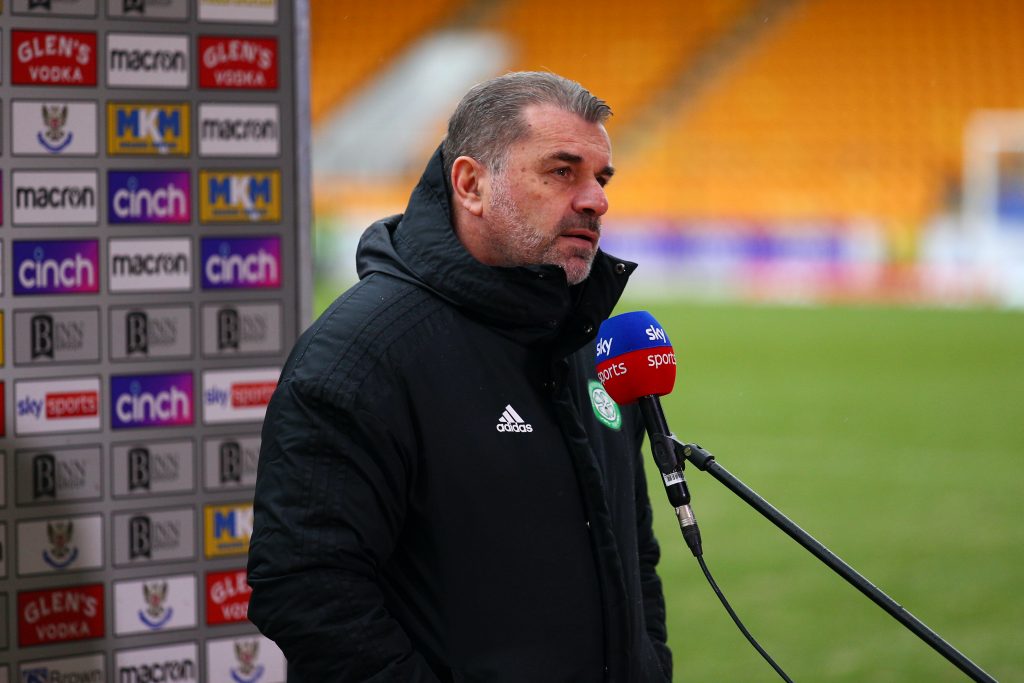 SPEAK UP…Ange Postecoglou talks to Sky Sports News after the 3-1 win over St Johnstone in Perth.

After the ghost game in Perth on December 26, Postecoglou said: “The break’s coming at the right time because I don’t like playing in empty stadiums, mate.

“I don’t know why people confuse the two. We didn’t want to keep playing not because of any other reason than, if anyone enjoyed today’s game in here, then I’m sorry, but they understand a different football game than I do.

“I like supporters here. I don’t care if they’re all away supporters, that’s what the game is about.”

And now the Hoops boss will get his wish with thousands of supporters being allowed in for the third confrontation of the campaign against the Easter Road side, with the Greek-Australian’s men enjoying success in the previous two – the 3-1 Premiership victory in Edinburgh in October and the 2-1 Premier Sports League Cup Final at Hampden last month.