FORMER Celtic fans’ favourite Fraser Forster insists the pressure of trying to help Southampton win their first trophy in 41 years is nothing compared to playing for the Hoops.

The England international keeper will face Jose Mourinho’s Manchester United in the League Cup Final at Wembley on Sunday.

Forster’s club will go into the match as underdogs, but the skyscraper shotstopper revealed he can call on his experiences at Parkhead where he won three Premiership titles and two Scottish Cups. 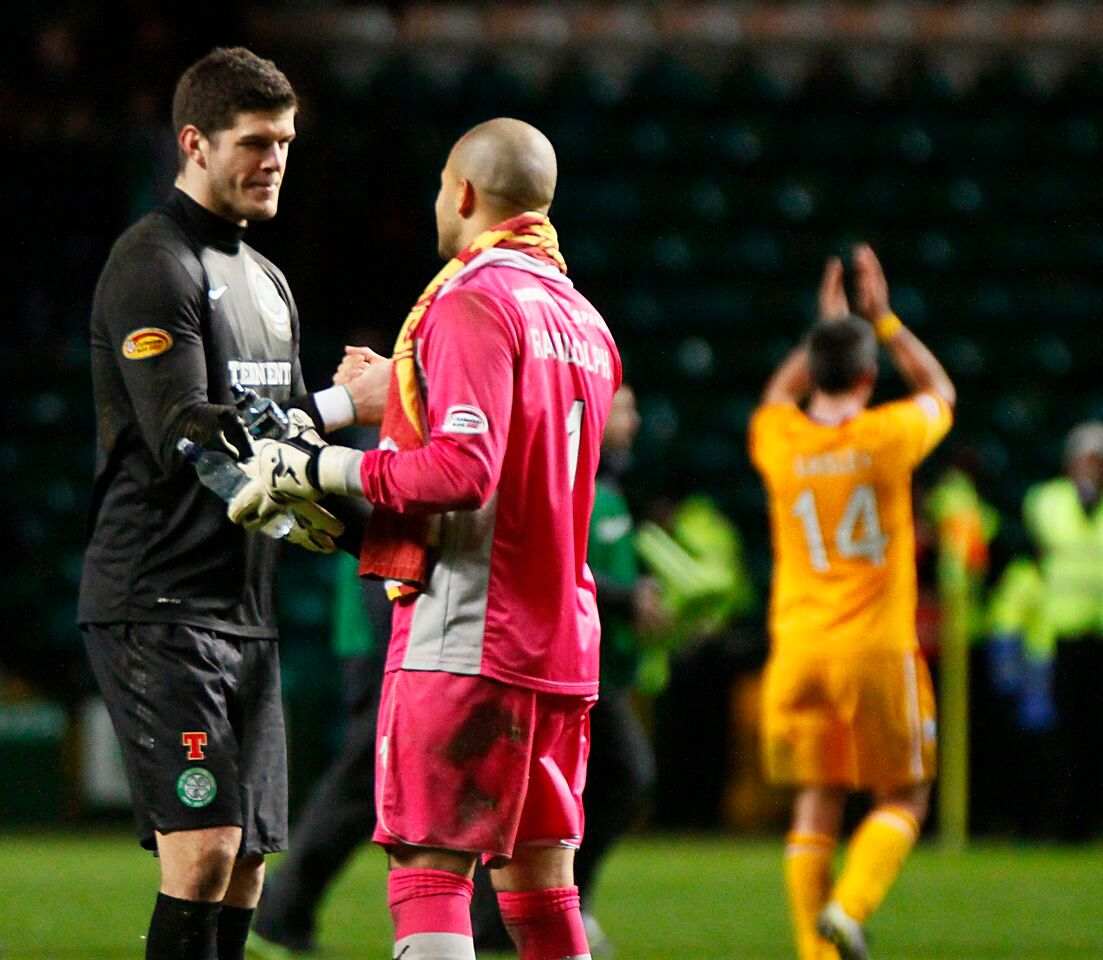 He said: “When you’re at Celtic, there’s a real unique pressure on you. It’s a good pressure.

“That’s a fantastic pressure to have on yourself.

“You go to the Cup Final and have that pressure on you. You’re expected to win it. But you get used to it at Celtic. It’s a huge club and that’s what’s demanded of you.

“It’s hard to explain the pressure in Scotland unless you’ve been a player and played up there yourself.

“Down here, it’s just a fantastic achievement to get to the Final and to be playing Manchester United. We will go in as underdogs.”

And 28-year-old Forster – who has yet to lose a goal in the tournament – is hoping for another night to match his performance for Celtic in 2012 when they defeated Barcelona in the Champions League.

He added: “It would be nice to play like I did that night, but at the same time it would be good to go out and not touch the ball for 90 minutes and win 1-0.

“However the game goes, you’ve just got to go out and give it everything. If you do that you won’t have any regrets.

“It would mean the world to me to win the trophy. We’ve put in a lot of hard work and we’ve obviously been a on a great Cup run.

“We’ve done really well and there’s no reason we can’t be confident and go into it full of belief.

“There’s no pressure on those games because that’s what you dreamed of as a kid, to go out and play against the best players in the world.

“On a night like that against Barcelona everything went my way.”

*Get TWO great Celtic books for the price of one and both will be signed by the Celtic stars of the past. Order Andy Lynch’s brilliant Hoops Stars and Stripes, one of the Scotsman’s sports books of the year, and you will receive a signed copy of Charlie Gallagher? What a Player! by David Potter. Both books cost just £14.99 plus p & p.

Andy and Charlie have signed their books for you. Order now at HERE or click on the ad below.