SCOTT BAIN insists the Celtic players have put a hold on their dreams as the team moves closer to making history.

The Hoops are two wins away from their eighth successive title and then they have the opportunity to bring down the curtain on the campaign in style when they play Hearts in the Scottish Cup Final at Hampden on May 25.

The unprecedented treble treble will be up for grabs at the national stadium on the 52nd anniversary of the Lisbon Lion’s unforgettable European Cup success over Inter Milan in the Portuguese capital.

The current line-up are a mere 90 minutes away from making their own entry into the Hoops’ Hall of Fame – a triumph over the Edinburgh outfit will see the ninth doestic honoir in a row heading for the east end of Glasgow.

However, the Celtic and Scotland keeper is adamant nobody at the club is looking too far ahead and the mission now is to beat Hibs at Easter Road on Sunday to continue piling up the Premiership points. 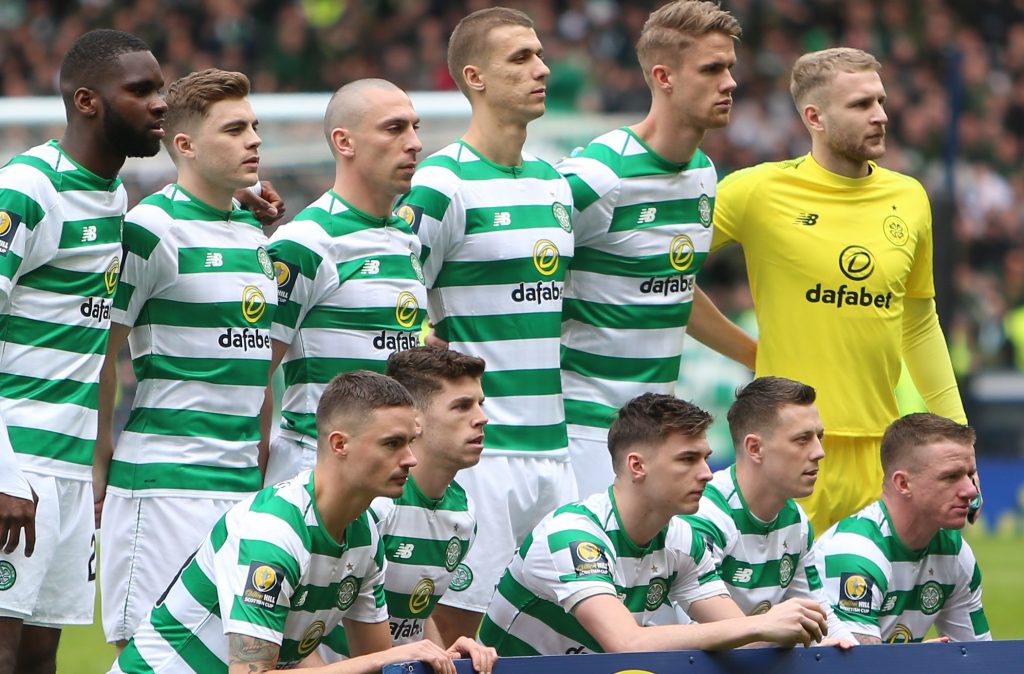 THE START OF SOMETHING GOOD…Scott Bain (back row, extreme right) with his Celtic team-mates before the kick-off on Sunday. 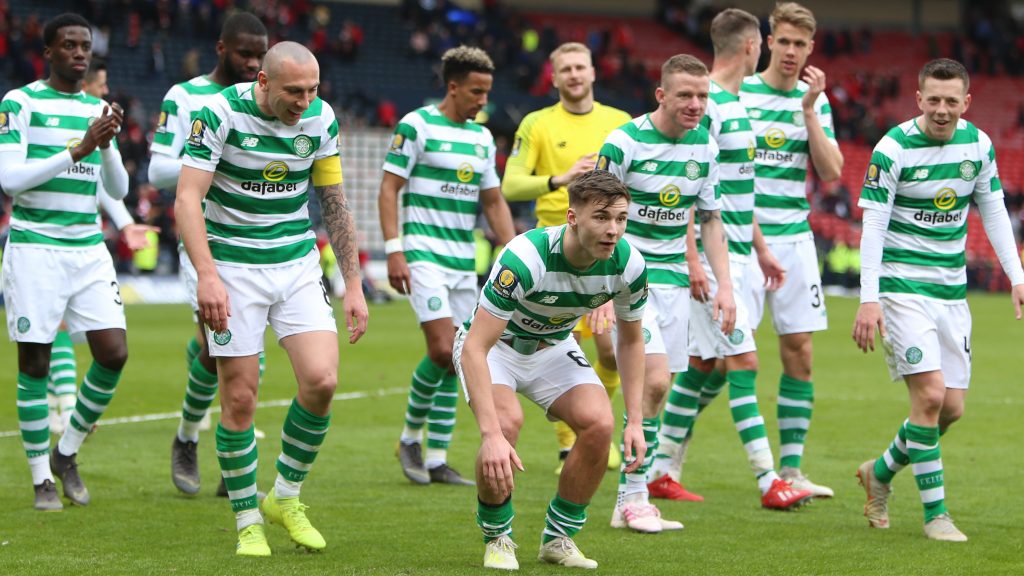 THE END OF SOMETHING GOOD…Scott Bain and the Hoops players take a lap of honour after the 3-0 triumph.

However, reflecting on Sunday’s 3-0 semi-final triumph over Aberdeen, Bain, speaking to Celtic TV, said: “When a team goes down to 10 men it can sometimes be difficult to get through that.

“But we’ve shown how good we are when we’re organised and how concentrated we can be. We didn’t give them an opportunity to create any chances. We moved the ball quickly, were attacking in our play and created a number of chances. It could have been five or six in the end.

“We were disappointed with the Livingston game last week because we created so many chances, but the main concern would be if we weren’t creating any chances. On Sunday, we created eight or nine great opportunities to score and the lads took their chances well.”

Bain, who has yet to concede a goal in the Scottish Cup this season after shut-outs against Airdrie (3-0), St Johnstone (5-0), Hibs (2-0) and now the Dons, added: “Being at a club like this, with these types of players, you’re buzzing after a result like this and then when we get off the pitch it’s a case of, we go again.

“We can’t celebrate too much, though. We want to enjoy this moment, but the focus now goes to wrapping up the league and after that we can focus on the Cup Final.

“We never let ourselves get too far ahead. If you start dreaming and thinking of the future, then you forget about what’s in front of you and what you need to do.

“The boys have shown over the last three years that the focus is unmatched. The way they go into games is better than anyone else, especially in terms of concentration.

“Right now, we’re looking to get this league wrapped up as quickly as possible and then from there we can start dreaming.”