CELTIC have agreed a loan deal for £15million winger Oliver Burke from West Brom to keep him at Parkhead for the remainder of the season, as CQN reported earlier today.

The 21-year-old Scotland international’s signing will be confirmed following a medical, but he is expected to join Brendan Rodgers and his new team-mates at their winter training camp in Dubai next week.

Burke, who was born in Kirkcaldy and brought up in England, started his career with Nottingham Forest before Bundesliga big-spenders RB Leipzig signed him for £13million in August 2016 – a deal which made him the most expensive Scottish player in history. 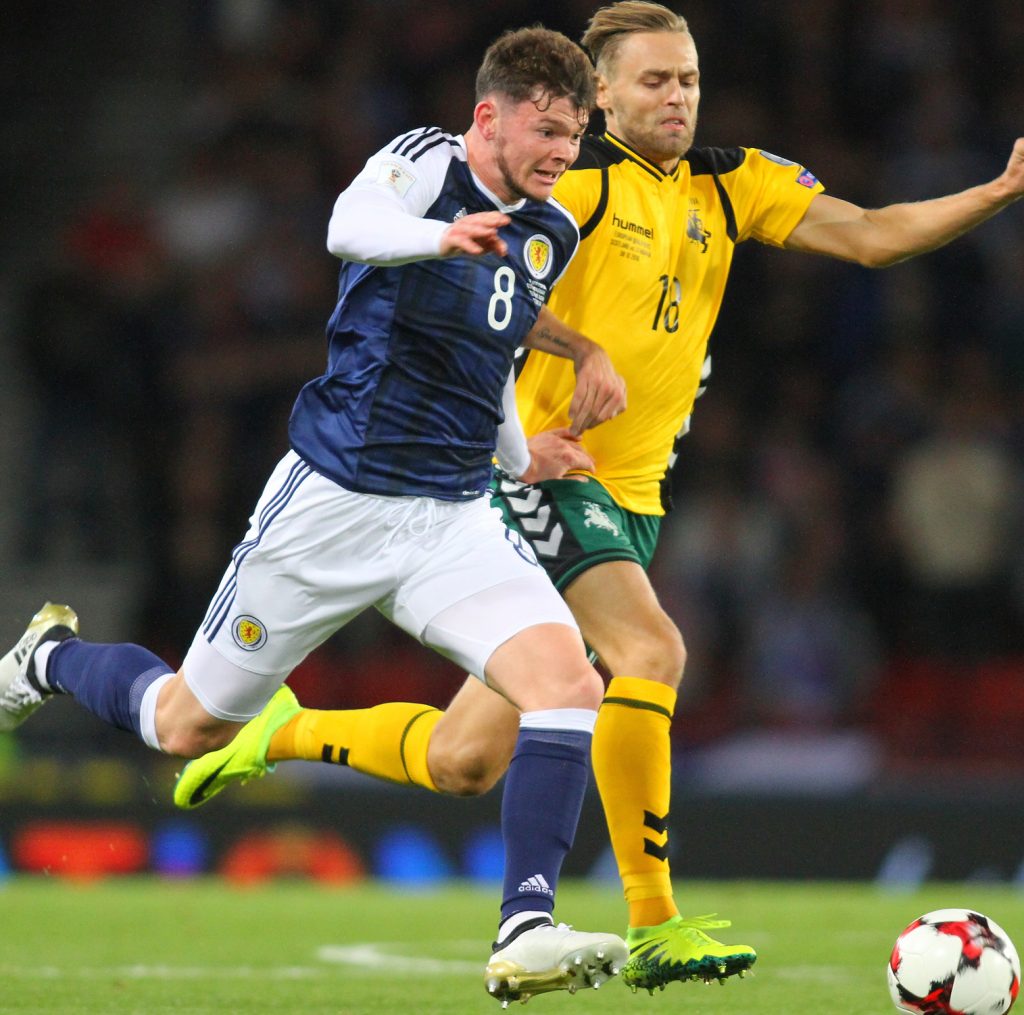 SCOT ON THE RUN…Oliver Burke in action against Lithuania in October 2016. Pic: Geo.

That record was broken when he returned to England with West Brom in a £15million switch a year later after he failed to settle in Germany.

Burke, who has been capped five times, has scored one goal in 21 appearances for the Midlands outfit.

The Hoops will give him the opportunity to relaunch his career in the crucial coming months at home and abroad.