Celtic Quick News on News Now
You are at:Home»Latest News»CELTIC SELL SVIATCHENKO
By CQN Magazine on 28th May 2018 Latest News

CELTIC have completed the £1.1million sale of Erik Sviatchenko to FC Midtjylland.

The Danish centre-back initially returned to his former club on a loan dead during the January transfer window after drifting out of the first team picture at the champions.

Sviatchenko, brought to Parkhead by ex-Hoops boss Ronny Deila in January 2016, was injured in the 1-0 Champions League qualifying win over Rosenborg BK in August and made only two appearances in the first half of the campaign before returning to Denmark on a temporary basis.

A deal has now been reached for that to become a permanent transfer, with Sviatchenko signing a contract with his country’s new champions until 2022. 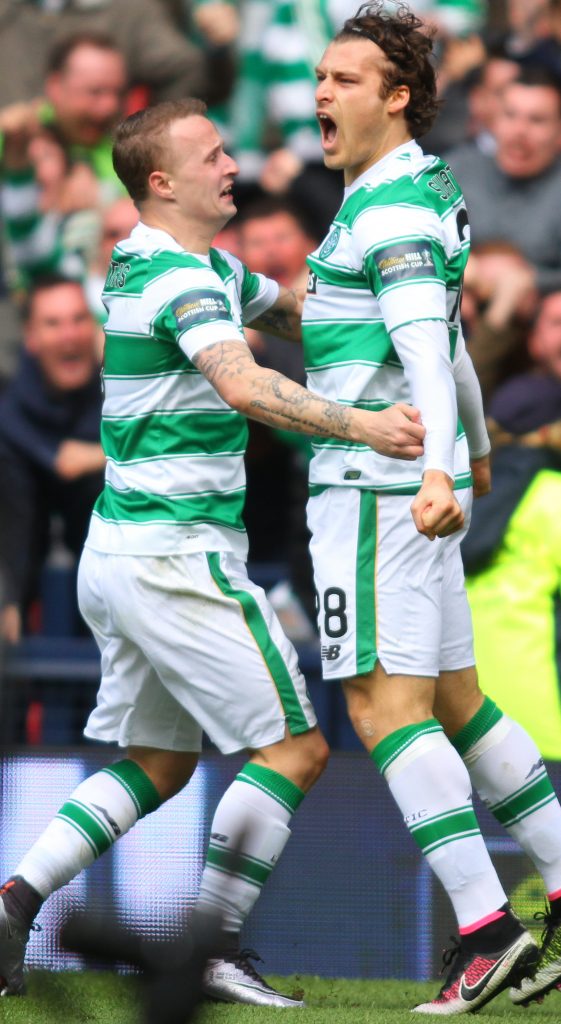 THE BHOY DANE GOOD…Erik Sviatchenko is congratulated by Leigh Griffiths after scoring against Sevco in the Scottish Cup semi-final in 2016. Pic: Geo.

The defender, 26, who still had two years left on his Parkhead contract, became surplus to requirements with Brendan Rodgers completing the season with Dedryck Boyata and Kris Ajer as his preferred partnership in the heart of the rearguard while Jack Hendry, bought from Dundee for £1million at the turn of the year, and Jozo Simunovic also featured.

The Belgian World Cup centre-half has hinted he will agree an extension beyond next summer and the Hoops are still hoping for a contribution from former RB Liepzig’s Marvin Compper who has yet to play 90 minutes since his arrival in January.

Sviatchcenko said: “I’m proud and pleased that FC Midtjylland have shown, with their act in this transfer, that they really want me.

“We are meeting an exciting time and I am looking forward to being part of an environment that rests on many of the values I also hold.”