CELTIC winger Mikey Johnston has emerged as a shock loan target for Aberdeen.

The Pittodrie side, with former fans’ favourite Scott Brown assisting boss Stephen Glass, are considering a move before the transfer deadline a week today, according to a report in the Daily Record.

Twenty-two-year-old Johnston, who missed out on the squad for Saturday night’s 2-1 bruising Scottish Cup fourth round win at Alloa, is known to be a favourite of the former Hoops skipper who has offered the Dons gaffer a glowing reference on the raider’s qualities. 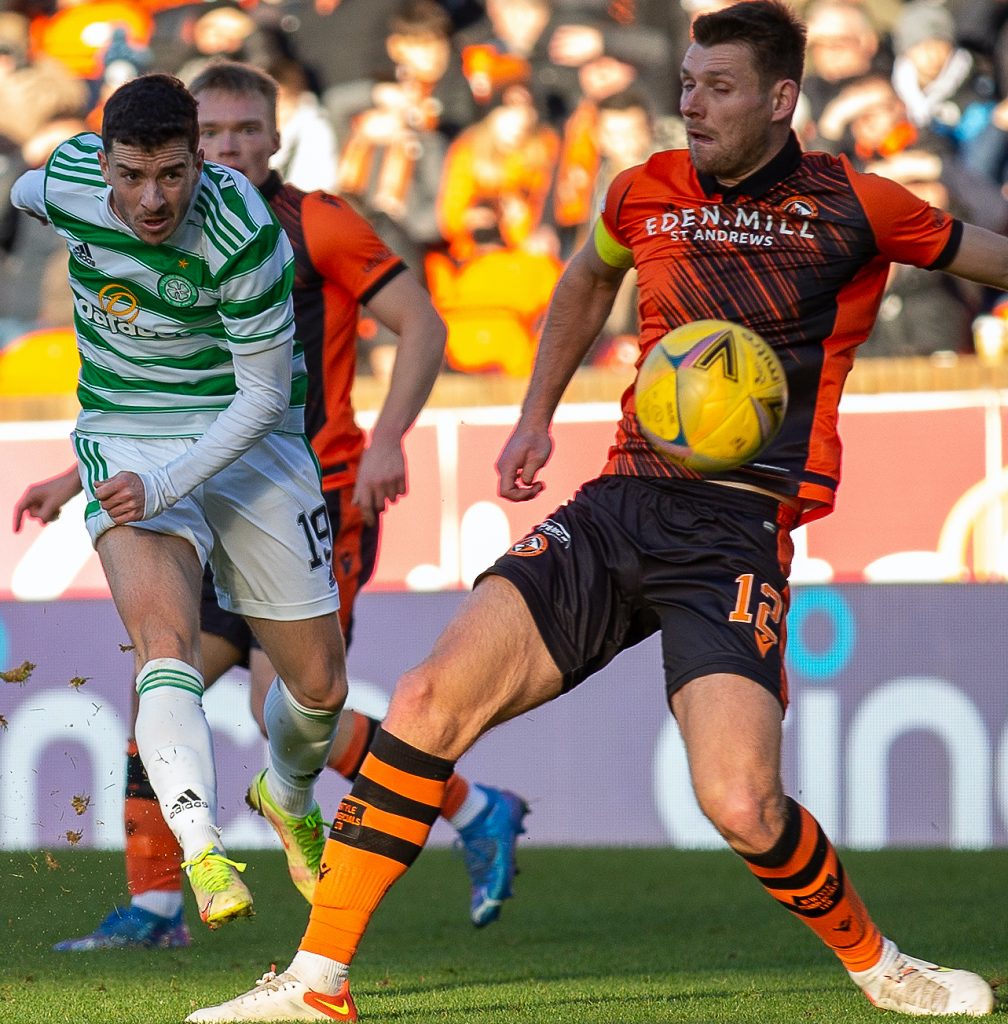 WALLOP…the lively Mikey Johnston fires in a right-foot drive in the 3-0 win over Dundee United at Tannadice last month.

Glass is looking to add pace to his attack and Johnston has come on his focus.

However, it is highly unlikely Ange Postecoglou will give the temporary switch the go-ahead, especially with the Parkhead side stricken by so many injuries while Tom Rogic and Daizen Maeda are now with Australia and Japan on World Cup duty and will miss the forthcoming Premiership games against Hearts at Tynecastle on Wednesday, Dundee United at Parkhead on Saturday and the visit of Giovanni van Bronckhorst’s side four days later.

The Greek-Australian also rates the former Scotland Under-21 international and gave him a starting place in his line-up for last month’s 2-1 Premier Sports League Cup Final triumph over Hibs at Hampden.

Postecoglou, though, may sanction a loan move for teenage left-back Adam Montgomery to Championship side Kilmarnock, as CQN reported yesterday.