CELTIC stars Olivier Ntcham and Odsonne Edouard were both unhurt following a car smash yesterday as their team-mate Moussa Dembele looked on.

Midfield star Ntcham’s car careered off the road and ended up in bushes alongside another motor after a collision.

Dembele was travelling behind in his own car and witnessed the drama.

Emergency services arrived at the scene of the two-car accident on Mollins Road, Cumbernauld. The Frenchmen avoided injury, but police said one person was taken to hospital. Their injuries are not thought to be serious.

Striker Edouard, 20, and Ntcham, 22, were travelling to training at the club’s Lennoxtown HQ in the afternoon. The players had been given the morning off after returning from Armenia in the early hours after the Hoops’ 3-0 win over Alashkert in the first leg of their Champions League qualifier.

Dembele took Edouard on to training as Ntcham stayed behind to deal with the aftermath.

Both Ntcham and Edouard were seen talking to officers at the side of the road after the accident.

A Police Scotland spokesman said: “Around 2.20 pm a blue Range Rover was driving north along Mollins Road when it collided with a silver Volvo at the junction with Orchardton Road, Cumbernauld.

“The 54 year-old driver of the Volvo was taken to Forth Valley Royal Hospital as a precaution. Nobody else was injured during the incident. 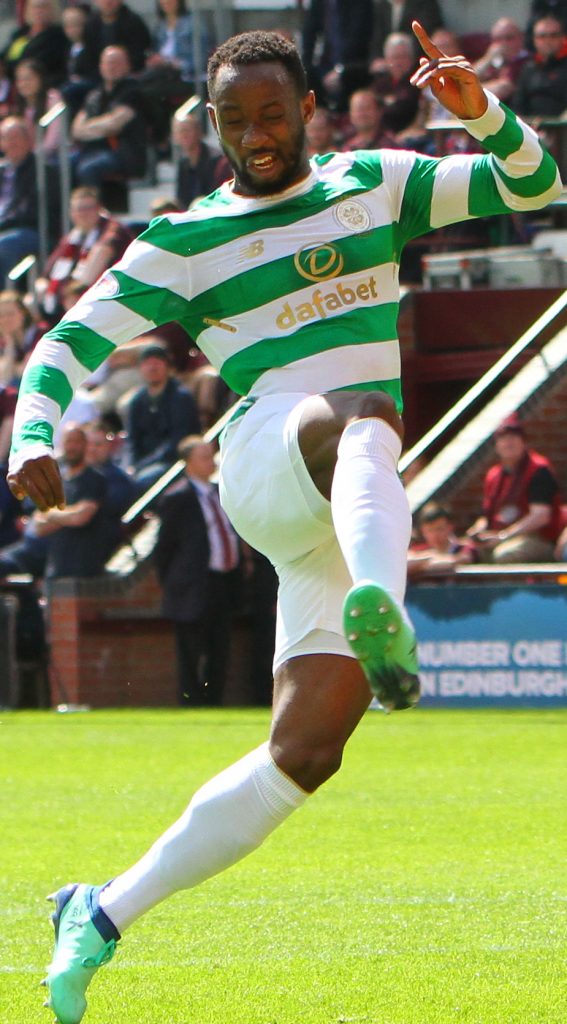 “A 22 year-old man will be the subject of a report to the Procurator Fiscal for a road traffic offence in connection with the incident.”

The players and manager Brendan Rodgers arrived back in Glasgow in the early hours of yesterday morning.

A club spokesperson said: “The club is aware of an accident earlier today, but won’t be making any further comment until it has been investigated.”