CELTIC are planning to press the fast forward button in their pursuit of new recruits.

Ange Postecoglou will have to go with the players who under-performed during last season’s wretched campaign when FC Midtjylland arrive at Parkhead a week tomorrow for the first leg of the Champions League second round qualifier with the return due in Denmark eight days later.

With a the restriction of a 10-day quarantine for any possible purchases outwith the UK, that will leave the new Hoops boss with little leeway for the encounters that could open the way to a £40million Euro bonanza. 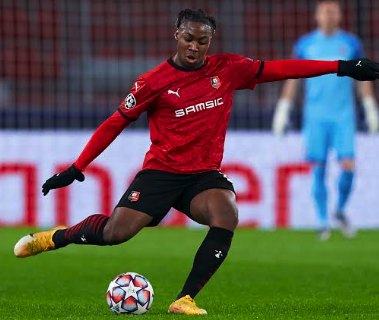 BY THE RIGHT…French teen ace Brandon Soppy has caught the attention of Celtic.

The club’s hierarchy recognise the need for urgency and they are ready to step up the chase for Rennes defender Brandon Soppy, as CQN reported yesterday, and Rubin Kazan centre-back Carl Starfelt.

Despite reports to the contrary, the 19-year-old attacking French right-back is still on the wanted list although the Ligue I club are attempting to hike up the original £4million asking price, according to the Daily Record.

And it’s a smilar story with Swedish international Starfelt at the Russian club where a snag has developed over the transfer fee.

Celtic were confident they could land the dependable 26-year-old back-four operator for around £4million, but his club are attempting to increase the cash as they face a hefty sell-on clause with former club Goteborg. 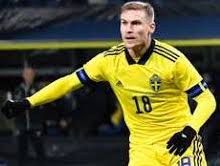 The 26-year-old played 45 minutes of a pre-season friendly for Rubin at the weekend while the Parkhead men are also eyeing Spurs’ £5million-rated American central defender Cameron Carter-Vickers while they have asked to be kept informed if former target Ben Davies is available on loan from Liverpool.

He almost joined the Hoops from Preston in January before Jurgen Klopp hijacked the move to take the Englishman to Anfield.

Ex-Celt Virgil can Dijk and Joe Gomez are on the mend after their long-term injuries and Davies, who has yet to figure in the first team, will drop down the pecking order.

He has stated his preference is to stay and fight for a place at the Merseyside giants, but he may be convinced there is a better chance of game time in Glasgow.