CELTIC are stepping up their bid for Bayern Munich wonderkid Christopher Scott.

The 19-year-old Cologne-born attacking midfielder of Ghanaian descent wants to quit the Bundesliga giants in his quest for more game time.

Scott is out of contract at the end of June, but his club will trigger a 12-month option on his deal, according to a report in the Daily Record.

Bayern acknowledge the youngster, who has already been capped at Under-20 level, WILL leave the Allianz Arena in the summer, but they are determined he will not walk for free.

Scott could cost the bargain fee of £250,000 and Ange Postecoglou is among those already interested in the playmaker who made his first-team debut in a 1-1 draw against Union Berlin last year. 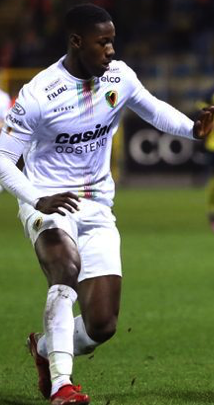 Brentford are also monitoring the highly-rated rising star and they could be serious rivals for Scott’s signature.

Both played in the 3-2 Europa League win over Real Betis in December before moving out on loan deals the following month to gain game time and experience.

The versatile Uroghide, who can play right-back and centre-half, agreed a short-term switch to Belgian outfit KV Oostende while Shaw moved to Motherwell.