CELTIC powered through to a second round meeting with old foes Rosenborg in their quest to gatecrash the Champions League group stages for the third successive campaign.

The Hoops, down to 10 men after Jozo Simunovic’s astonishing ordering-off in the 10th minute, were relentless as they made no mistake against the Armenians at Parkhead this evening.

While Scott Brown, on his 92nd European outing, was leading his troops to the next stage, Rosenborg had to rely on a stoppage-time goal from former Arsenal star Nicklas Bendtner to get past Valur 3-2 on aggregate.

The Icelanders were 1-0 up from the first leg and were heading through on the goals away rule after netting a late penalty-kick to trail 2-1. However, the Norwegians snatched victory in the fading moments.

They proved to be awkward opponents last season before a spectacular angled goal from James Forrest fired the Hoops into the next stage. 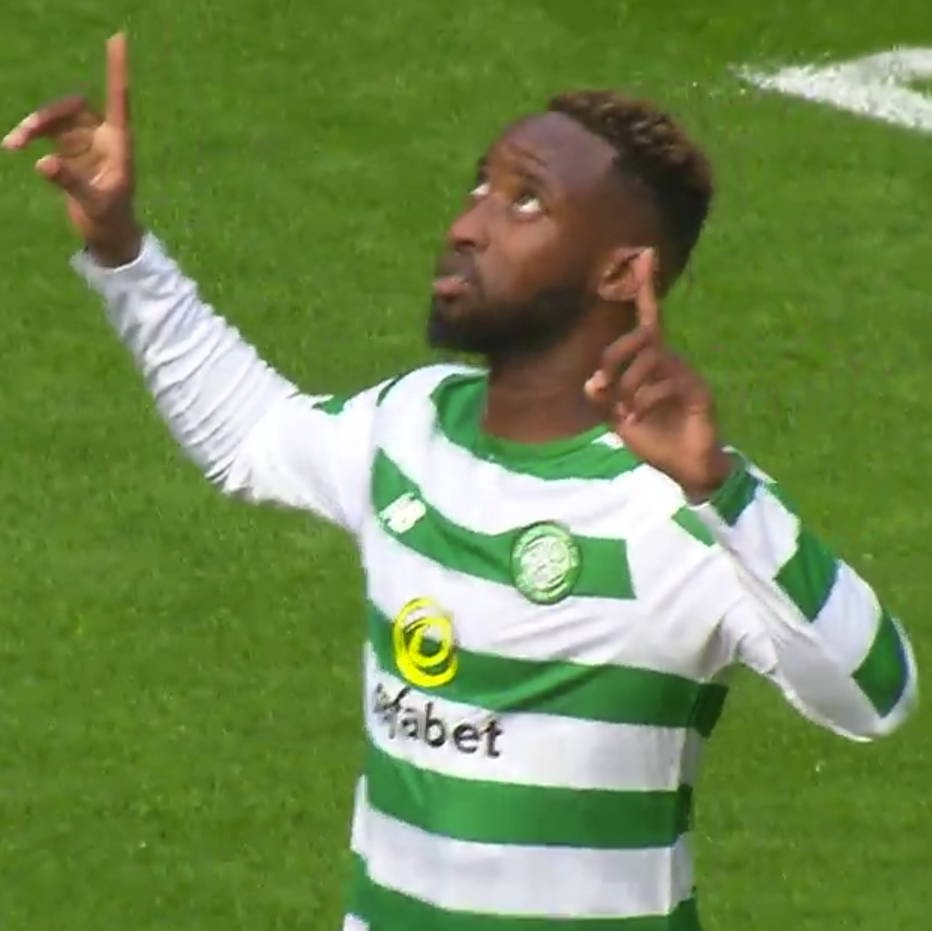 Against Alashkert tonight, Moussa Dembele had a range-finder from 25 yards that didn’t create too many problems for keeper Ognjen Cancarevic.

But the French powerhouse broke the deadlock in the seventh minute when he displayed his unshakeable determination as he raced into the box followed by a posse of defenders.

Dembele slipped at one point, battled back to his feet and then rattled a low shot into the net from 12 yards.

Remarkably, Simunovic was red-carded three minutes later following a clash while going for a bouncing ball.

The defender’s boot caught an opponent on the hip, but it looked purely accidental. The Romanian referee amazingly ordered him off to baffle everyone at a packed Parkhead – including the Alashkert players.

Simunovic will now miss the first leg of the second qualifying tie in Glasgow a week tonight which will be a problem for Brendan Rodgers who is, of course, already without Belgian World Cup centre-back Dedryck Boyata. 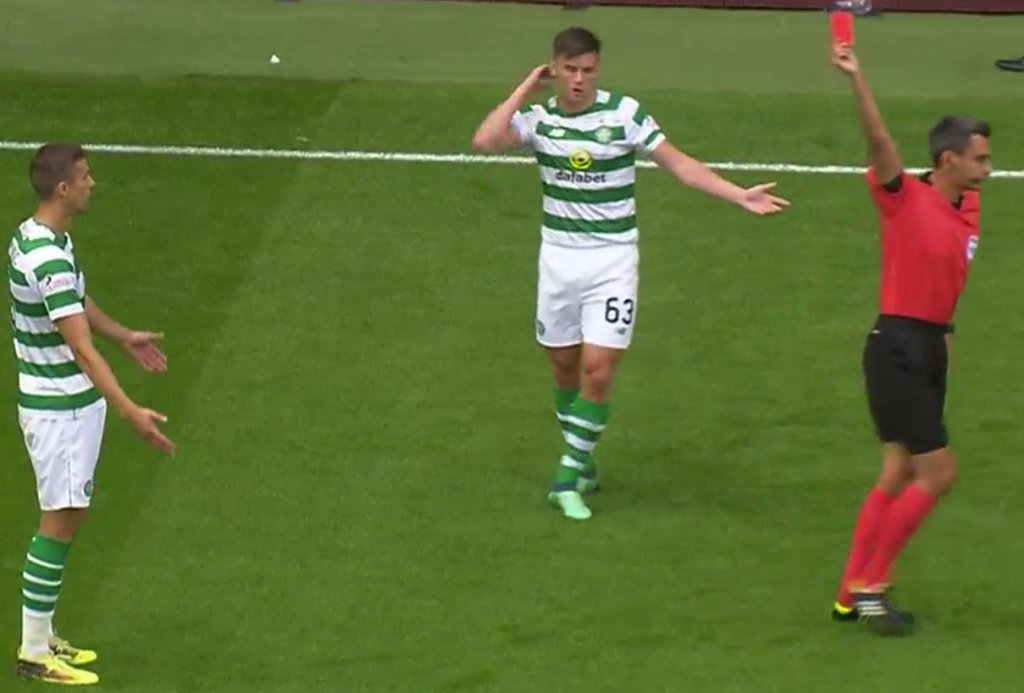 SEEING RED…Jozo Simunovic is baffled as the referee flashes orders him off. Kieran Tierney is also puzzled.

The Celtic gaffer immediately pushed Jack Hendry in beside Kristoffer Ajer and brought Forrest, making his 70th European appearance, into a more defensive role on the right wing.

In the 15th minute, a right-wing corner-kick from Callum McGregor was almost slashed into his own net by a near-post defender. The ball spun crazily off his boot and flew into the sidenet.

The Romanian match official had no hesitation in awarding the Hoops a penalty-kick four minutes later and it must be admitted it was in the soft category.

Odsonne Edouard went down under a challenge from a frantic defender and the ref pointed to the spot.

Dembele duly rolled it nonchalantly into the keeper’s right hand of the net with the Serbian international going in the opposite direction.

Kieran Tierney was felled by a flying elbow in an off-the-ball incident with Jefferson Reis, but, amazingly, no action was taken against the culprit.

In the 34th minute, Craig Gordon had to make a smart save as he dealt with a speculative 25-yard drive from Artar Grigoryan. 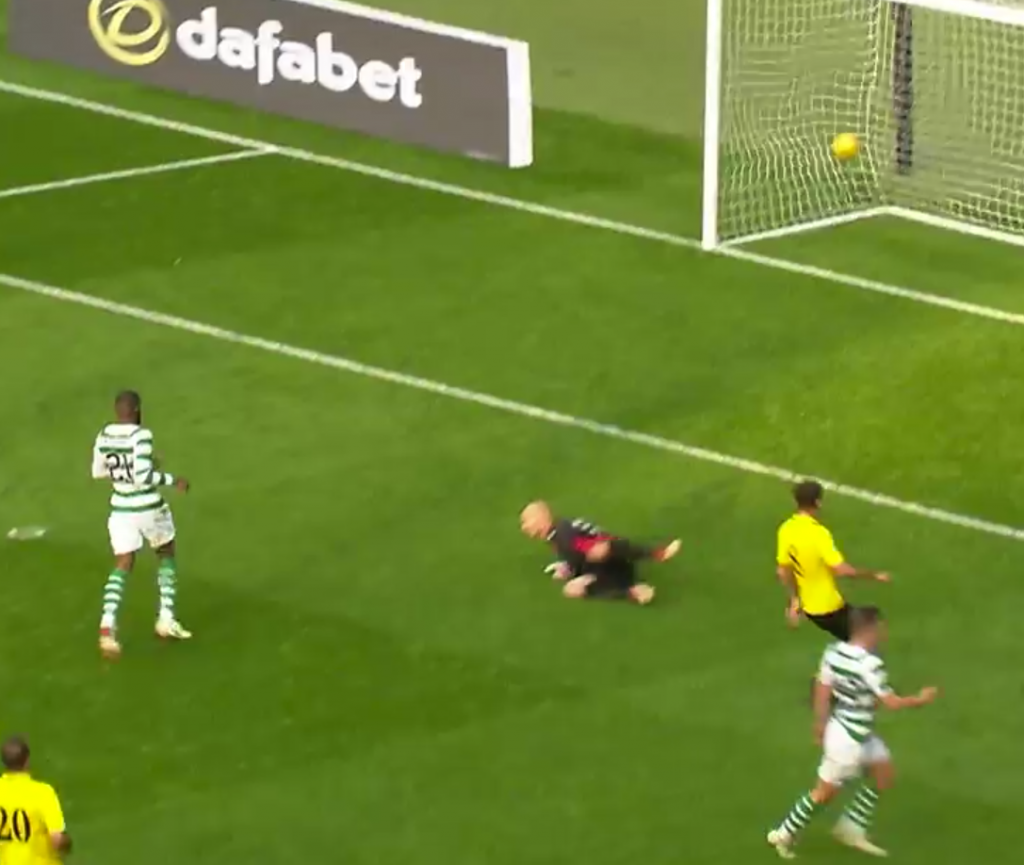 Within 60 seconds it was 3-0 when Edouard picked out Forrest with a precise pass and the winger slid  an inch-perfect angled effort low into the far corner.

In the 41st minute, Gordon was left motionless as Grigoryan flashed in a pulverising left-foot 30-yarder, but the ball whizzed past the upright.

A feature of the first-half was the devastating dovetailing of the French trio of Dembele, Edouard and Ntcham as the Hoops came forward in numbers with crisp, confident and accurate passing.

A minute into the second-half, Tierney almost scored with a vicious half-volley from outside the box, but Cancarevic tipped the ball over the bar in acrobatic fashion.

Edouard drew a massive round of applause from the fans as he left four Armenians in his wake, but the ball was just nicked off his toe as he headed for the penalty box.

The £9million man was withdrawn in the 64th minute with Scott Sinclair taking his place and two minutes later Dembele came off with Ryan Christie being introduced.

Cancarevic then foiled Forrest after a mazy run from the attacker and McGregor, too, was thwarted when the keeper got down swiftly to hold a clever low drive from the midfielder after a swift change of direction.

And Christie was next to be denied by the Alashkert keeper as his thumping left-foot shot was punched to safety.

Looking ahead to next Wednesday, Rodgers sent on Mikey Johnston for the hard-working Forrest.

All in all, another enterprising and productive performance from Rodgers’ men. They responded well to the loss of a player so early in the confrontation and a repeat next week against Rosenborg will set them up for the trip to Trondheim in a fortnight’s time.