CELTIC target Robbie Brady was at the centre of an extraordinary 25-minute cameo in Burnley’s 1-1 Premier League draw with Fulham at Turf Moor last night.

The 29-year-old Republic of Ireland left-back was sent on as substitute for Johna Berg Gudmundsson five minutes before the interval in the relegation tussle.

Twenty minutes into the second-half, Brady was replaced following a nightmare period. He received a yellow card, came close to a second and should have cleared the Craven Cottage side’s opening goal off the line. The defender took a fresh-air swipe at a tame effort from Ola Aina following a corner-kick as the ball bounced into the net.

Brady, in fact, made history in the game – he is the only player to have been substituted on and off in two separate Premier League games this season. 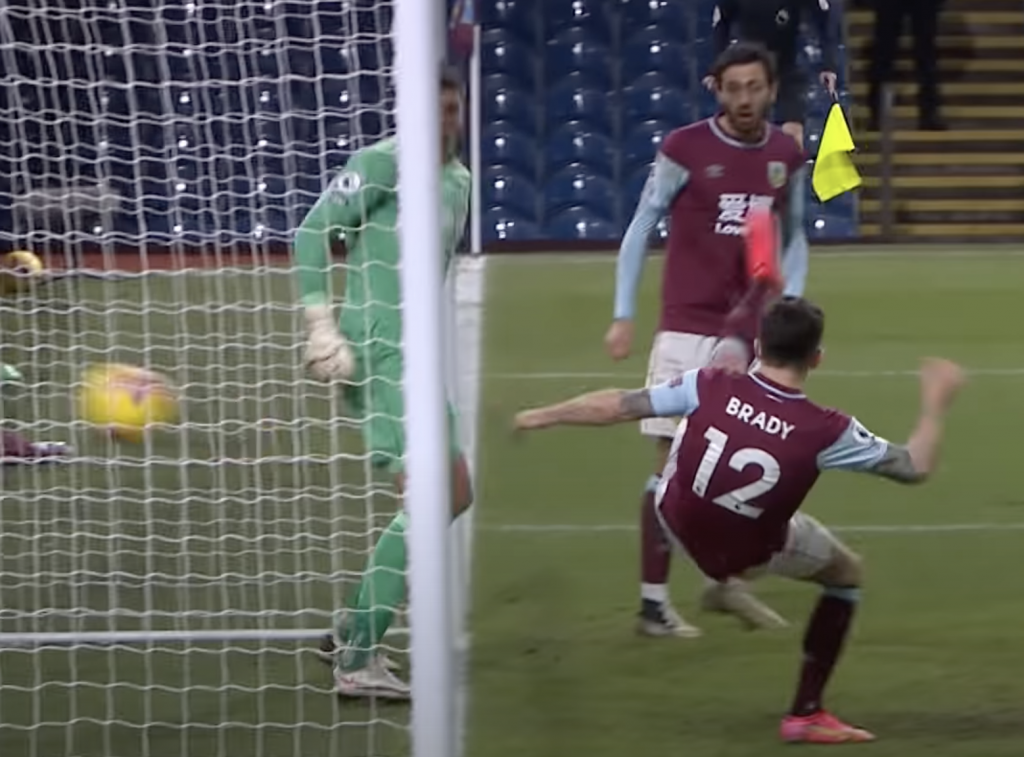 OOPS…Robbie Brady swipes and fails to make contact with the ball as Fulham take the lead.

Neil Lennon, though, is not concerned with the bizarre events in Lancashire and is still hoping to make the experienced campaigner his second pre-contract signing to follow Liam Shaw who agreed a deal yesterday, as CQN reported.

Brady is a free agent in June and can speak now with interested clubs outside England.

Despite last night’s shenanigans, boss Sean Dyche is still pushing for the player to extend his terms at Turf Moor.