Ecuador will travel to Brazil for an intriguing encounter against the tournament hosts which will be televised live in the UK on the BBC with a 10pm kick-off.

The 19-year-old wonderkid, who is rated in the £3.5million range by top-flight Argentinian club Talleres de Cordoba, is preparing to take on the £200million striker who has been the scourge of the Hoops in Europe in the past while playing for Barcelona and Paris Saint-Germain. 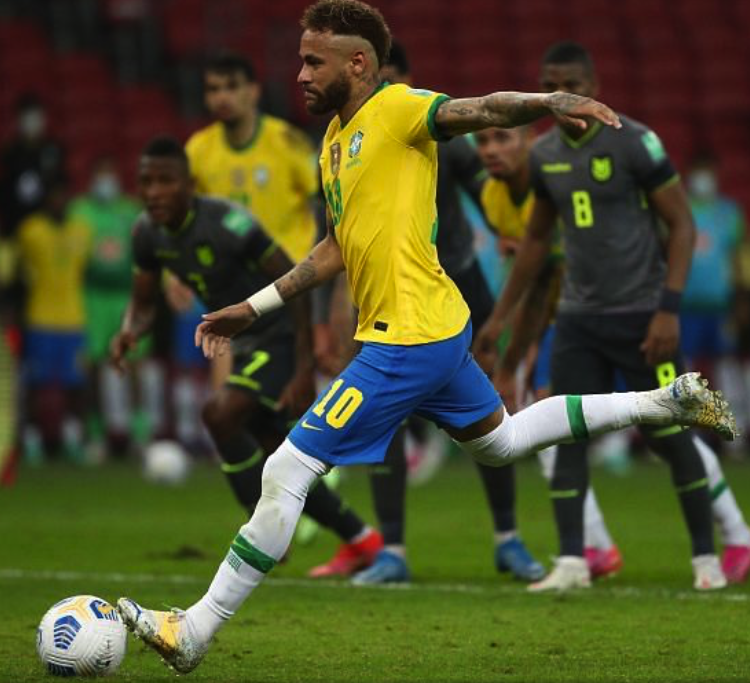 ON THE SPOT…Neymar prepares to score his penalty retake against Ecuador earlier this month.

The teen sensation will be at the heart of his nation’s defence, according to South American media outlet Sportskeeda.

Ecuador have struggled in the competition and are in fourth place in Group B with Venezuela just adrift.

Neymar and Co overcame Colombia 2-1 in their previous tie and are favourites to lift the trophy. The Brazilians have a superb record against this evening’s foes and have won 27 of their previous 33 meetings.

Neymar netted the retake of a penalty-kick in his nation’s 2-0 win in a World Cup qualifier when the teams met at the start of this month. Everton’s Richarlson claimed the other goal.