Celtic Quick News on News Now
You are at:Home»Exclusive Series»CELTIC: THE AWAKENING: FAREWELL TO THE LIONS (Part Three)
By CQN Magazine on 5th October 2020 Exclusive Series

TODAY CQN brings you the twenty-second EXCLUSIVE extract from Alex Gordon’s book, ‘CELTIC: The Awakening’, which was published by Mainstream in 2013.

The book covers the most amazing decade in the club’s history, the Sixties, an extraordinary period when the team were transformed from east end misfits to European masters. This instalment takes you into the equally-enthralling seventies.

GOING into his second full season, Danny McGrain, an ever-reliable performer, had made the right-back berth his own. His admiration for Jock Stein was obvious.

‘I could never call our manager anything else other than Mr.Stein,’ recalled the player who would earn genuine world class status. ‘Let’s face it, he deserved the utmost respect for his achievements in the game. Managing the club to success in Lisbon was simply awesome. He deserved to be held in the highest esteem, as far as I was concerned.

‘I was seventeen years old when I joined and could never think of calling him Jock. That may have been acceptable for the older players, but not for me.

‘I remember Sean Fallon turning up at our home in Drumchapel to sign me. I immediately called him Mr.Fallon. However, he told me to call him Sean, as everyone else did. Later on in my career, I would be an experienced player in my thirties and in the Scottish international set-up when Mr.Stein was the manager and I still gave him his full title. Not once did he tell me to call him Jock.

‘I was extremely fortunate to start my career with a manager such as Mr.Stein around. Simply put, he was a winner and he wanted all his players to be winners, too. In fact, I was fairly lucky with all three of my Celtic bosses because Billy McNeill and Davie Hay had the same outlook as Mr.Stein.

‘Of course, I had played alongside them and I thought they were both excellent managers. I was also fortunate to be involved in so many memorable games. I don’t have too many regrets, but one would be the lack of success in Europe during my time. I had arrived at a club that had conquered Europe, would reach another European Cup Final three years later and always seemed to be there or thereabouts in these competitions. 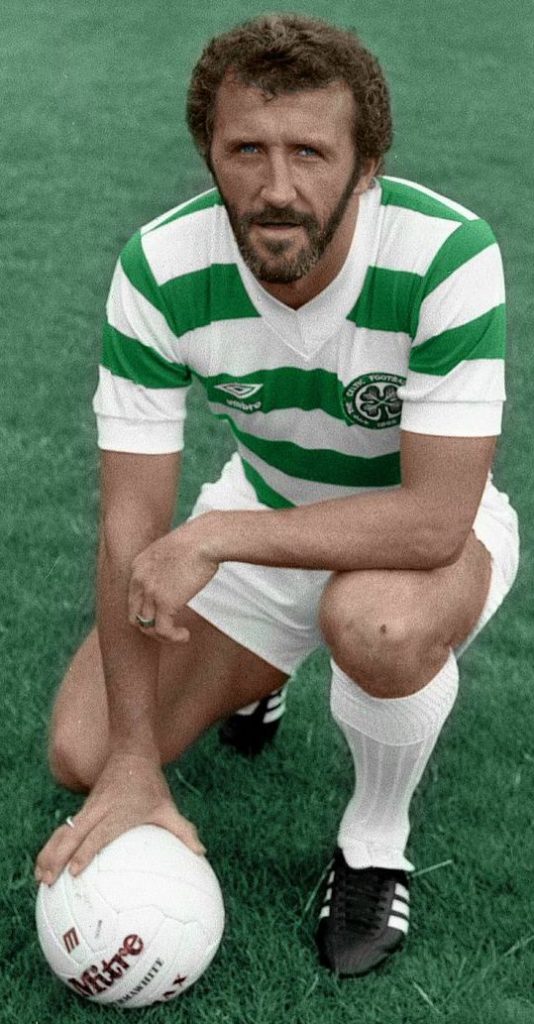 ‘We reached the European Cup semi-final in 1974 before being kicked off the park by Atletico Madrid. In the main, though, we struggled to get past the quarter-final stages. I recall we were 2-0 up on Real Madrid in 1980 before we went down 3-0 at the Bernabeu. We got a good goalless draw with Brian Clough’s Nottingham Forest four years later, but lost 2-1 in Glasgow. I don’t think we did enough, though, in Europe back then. Not by Celtic’s standards, anyway.’

As McGrain settled into the right-hand side of the defence, Roddie MacDonald, unfussy on the deck and excellent in the air, was given a few outings at centre-half. Pat McCluskey, a solidly-built character, was being moved around the back four, apart from the main central defensive position where his lack of inches would have undoubtedly created a problem to a team used to the aerial command of McNeill.

‘Dixie Deans wasn’t particularly tall, but he had a wonderful leap and uncanny anticipation when he attacked the ball in the air. Former Scotland keeper Alan Rough would surely testify to his overall ability; Deans stuck six past him in a 7-0 rout over Partick Thistle at Parkhead on the team’s unstoppable march towards title No.9. He also collected four in a 6-0 drubbing of Falkirk.

Deans, like Jimmy Johnstone, was a free spirit Stein sometimes failed to understand. This colourful personality possibly didn’t do anything to aid his cause in manager/player relations when he turned up one morning for training wearing a tuxedo, after just returning from a pal’s wedding the night before.

‘He also enjoyed a cigarette or two and, while other players refrained from smoking in front of their manager, Deans would merrily puff away with the boss in attendance. ‘Maybe I was the only one man enough to do it,’ said Deans, adding ‘Or mad enough.’

Tommy Gemmell looked back, ‘I’m sure Big Jock thought alcohol was the elixir of the devil. He was tee-total and couldn’t work out why anyone would take a drink. If we were on an away trip in Europe, down at Seamill or on tour, he would keep a wary eye on all the players. Some, of course, might have a vodka and Coke or a Bacardi and Coke. Jock knew full well what some of us were up to. He would come over, look at your glass and say, “I’m thirsty, let’s have a sip of your drink.” 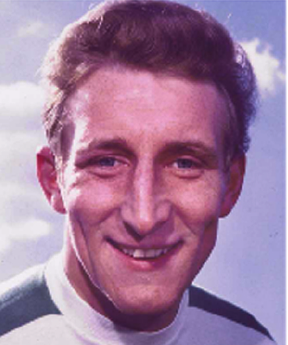 ‘Then he would put it to his lips. Sometimes you got caught, sometimes you were fly enough to just have a Coke when you knew he was in the vicinity. Don’t get me wrong, we were no angels and there were a few at Celtic who liked a drink, including me. We could have a bevvy on a Saturday night knowing we had the following day off.

‘If there was a game on Wednesday that would be it. I never drank after Wednesday when we were playing on a Saturday. We all trained hard on Thursday and Friday and by the time the game came around, we were well up for it.

‘The guys who really took the mickey out of Jock were the young blokes. He would bring a few of them down to Seamill when we were preparing for big games. Reasonably, he thought the experience would do them no harm. He would say to the first team squad, “Look, I want you to set an example to these young lads. Watch what your doing with alcohol.”

‘So, we would all be on our best behaviour and we would look over at the some of the Quality Street Gang. Davie Hay and George Connelly were among them. We would spot George fumbling for something under the table and then coming up with a full glass. It certainly wasn’t lemonade. Big Jock was too busy patrolling around and watching us to clock what the youngsters were getting up to.’

‘Guilty as charged, m’lud,’ laughs Hay. ‘We would bring a couple of half bottles of gin or vodka and then top them up with Coke or something when we sat around later in the evening. It wasn’t a bevvy session or anything like that, but there was a wee bit of devilment in the youngsters back then.

‘Of course, we realised Big Jock absolutely abhorred alcohol and we knew what we were doing. We did it for a laugh. God only knows what would have happened if we had been rumbled. It doesn’t bear thinking about.

‘Later on, I realised the lengths Jock would go to keep tabs on his players after their day’s stint at the park was over. Of course, stories of Jinky and bevvy are legendary. You could say he liked to unwind after training. He used to go to a pub called Noggins – no longer there now – in Uddingston and have a couple of drinks with some old mates.

‘Then the telephone in the bar would ring. The barman would answer and then shout, “Jimmy, that’s your taxi.” Jinky would pick up the receiver. “I never ordered a taxi,” he would say. Then on would come the unmistakeable tones of Big Jock, “Get out of there and get up the road!” he would growl.

‘Jinky looked around the bar and wondered who was a spy for The Boss. He never quite worked it out, but, unluckily for him, Celtic had a part-time scout who lived in a flat directly opposite Noggins. He had been instructed by Jock to keep an  eye on the pub and if he saw Jinky he was to phone him immediately.’

Bertie Auld said, ‘You might have thought with his mining background Big Jock would have fancied a foaming pint of ale after a day’s hard graft down the pit. But I never once saw him take a drop of alcohol. The champagne corks could fly all over our dressing room after an important victory, but Big Jock refused to indulge. I remember talking to him one day when we were travelling to an away game. “If we win with a couple of goals to spare, will you have a drink with us afterwards?” I queried, rather mischievously.

‘Jock thought about it and surprised me when he answered, “Okay, you’re on – if you win by three.” We duly went out and achieved the target set by our manager. On the way home, I asked Jock if he was coming for a drink. Again, he remained silent for a moment before replying, “Would you think any more of me if I went for a drink?” I answered, “I couldn’t think any more of you than I do just now, Boss.”

‘He never went for that drink.’

* TOMORROW: Don’t miss the fourth and final part of ‘FAREWELL TO THE LIONS’, another dramatic instalment from Alex Gordon’s book. ‘CELTIC: The Awakening’ – only in your champion CQN.