Celtic Quick News on News Now
You are at:Home»Exclusive Series»CELTIC: THE AWAKENING: FAREWELL TO THE LIONS (Part Four)
By CQN Magazine on 6th October 2020 Exclusive Series

TODAY CQN brings you the twenty-third and concluding EXCLUSIVE extract from Alex Gordon’s book, ‘CELTIC: The Awakening’, which was published by Mainstream in 2013.

The book covers the most amazing decade in the club’s history, the Sixties, an extraordinary period when the team were transformed from east end misfits to European masters. This instalment takes you into the equally-enthralling seventies.

TITLE No.9 was in Celtic’s sights when they travelled to meet Hibs only ten months after securing the eighth flag at the same Easter Road venue. The club went into the match in the realisation a win would put them five points clear of their main challengers from Edinburgh and, at the same time, deal them a crippling blow.

There was still a bit of the campaign to go, but the capital confrontation would be crucial to the destination of the flag. The game was barely two minutes old when Dixie Deans stabbed the ball past Jim McArthur for the opener. Arthur Duncan equalised, but Kenny Dalglish restored the advantage after a neat piece of interplay on the edge of the box. Hibs came back defiantly once again and Jim O’Rourke beat Ally Hunter for the leveller.

Paul Wilson, another to step off the conveyor belt, stuck No.3 past McArthur and it was all over when Deans, with that uncanny timing in the air, floated a header in for the fourth. Celtic would never lose top spot as they made history at the end of another marvellous campaign. Stein’s machine notched up fifty-three points, four more than Hibs and five ahead of third-placed Rangers.

Dundee United arrived at Hampden for the 1974 Scottish Cup Final in May wondering if they could stage a Tayside double and follow the lead of Dundee’s example in the League Cup Final earlier in the season. The referee on this occasion was Willie Black, of Glasgow, and not the dreaded Bobby Davidson, of Airdrie.

Unhindered, Celtic won 3-0 in a canter. Hood nodded the first past Sandy Davie, Murray rifled in a second and, after the interval, Deans stroked in No.3. In the vanquished Tannadice rearguard that day was a defender named Walter Smith, who would, of course, have some memorable jousts with Celtic in years to come during his two spells as manager of Rangers.

The European Cup journey ended in the most controversial and explosive of circumstances when Celtic, after dismissing Finland’s TPS Turku 9-1, Denmark’s Veijle 1-0 and Switzerland’s Basle 6-5, faced Atletico Madrid, clearly not Danny McGrain’s favourite team, in the semi-final. 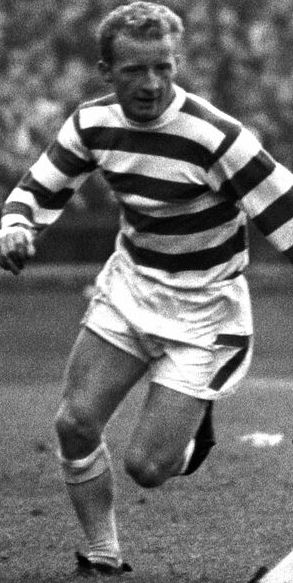 ‘The goalless game in Glasgow was an absolute disgrace, an affront to the sport,’ recalled Davie Hay. ‘The Spaniards didn’t come to our place to even attempt to play football. They had three players sent off and another pile booked and it was just bedlam. Big Billy called them “scum” and he was absolutely correct. They were cretins of the lowest order. For whatever reason, UEFA appointed a Turkish referee. At that time, Turkey wasn’t anything like the force in the game it is today.

‘Football was still in its infancy and if you drew a club from that country you knew you were as good as in the next round. So, the ref was totally inexperienced at that level and Atletico played on that all night. If UEFA had put in, say, a German or a Scandinavian, he might have been able to keep control; maybe not because these guys did look uncontrollable. Do you know we later discovered their manager had ordered his players not to shave a week before the game so they could look more menacing?

‘Big Jock had them sussed even before kick-off. He told us to expect to take some punishment and he warned us not to retaliate. Possibly, it would have been better if we had let them know early in the game we could sort them out and were weren’t going to be used as punchbags.

‘There were plenty of blokes in that Celtic team who could take care of themselves, believe me. But Atletico knew they were getting away with it and they just kept kicking us. They were obviously prepared to go to any length to get a good result at our place. The assaults on Jinky that night were obscene. Atletico would have been thrown out of the tournament today if they acted like that. Scum? Aye, that just about summed them up.’

The Spaniards, managed by Argentine Juan Lorenzo, who had been a coach with Racing Club during the infamous Inter-Continental Final conflicts in 1967, had Ayala, Diaz and Quique sent off by an overworked and harassed match official who still found the time to book another nine of the thirteen players who were used by the Madrid side that night.

‘Even at the end, they still wanted to kick us, particularly Jinky,’ added Hay. ‘It wasn’t enough they had booted him up and down the park for ninety minutes, they now wanted to batter him in the tunnel. I lost it completely. I got a hold of one of them and he squealed. Retribution, I think it’s called.

‘Thankfully, the TV cameras didn’t follow us down the tunnel or some of us might have been facing a custodial sentence! Did they seriously believe they would get away with it? What were we, a bunch of wimps? The police had to break up the fracas.’

Celtic rejected any thoughts of an official protest about the anti-football behaviour of their opponents, but neutral observers urged Europe’s ruling soccer body to take action. The Spaniards received a slap on the wrist, a paltry fine and a tame warning.

Somehow Atletico had convinced their support it was Celtic who were the villains in Glasgow. The club got a hostile reception as soon as they touched down in Madrid and it continued until they got back on the plane to go home.

Hay said, ‘We were threatened with all sorts of violence and we didn’t do a lot of sightseeing in Madrid, as I recall. Wee Jinky got a fright one night when he took a phone call in the hotel room he shared with Bobby Lennox. Apparently, the Wee Man’s face went chalk white as he put down the phone. “Bobby, they’re gonnae kill me! They’re gonnae shoot me!” he cried.

‘Someone had managed to get a direct line to Jinky’s room to threaten him. I knew the Wee Man better than most and one thing he wasn’t was a coward. He was never slow to stand up for himself. This was different, though. 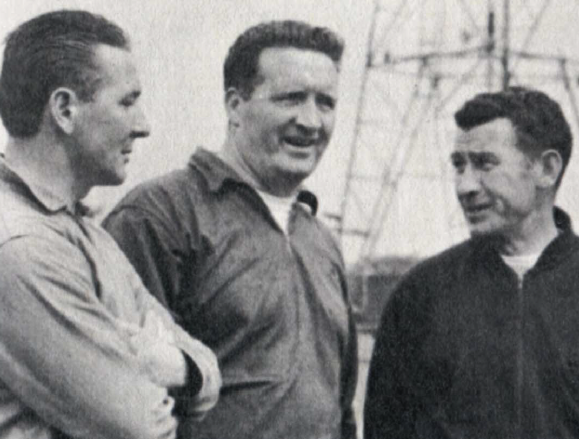 ‘Some lowlife had told him he was going to be shot dead. Jinky went to see Big Jock to tell him about the threat. Jock said, “Ach, I received the same message about half-an-hour ago, as well. They’re going to shoot me, too. You’re the lucky one – at least, you can run about out there. I’m a sitting target!” We lost 2-0 and were happy to see the back of Atletico Madrid.’

However, there is a happy ending to this sordid and sorry chapter. Atletico were due to play Bayern Munich in the final in Brussels and were precisely one minute away from being crowned European champions. They were leading 1-0 when, at last, justice kicked in.

‘Giant West German centre-back Georg Schwarzenbeck, who probably never went into double figures for goals throughout his lengthy career, went forward to take a direct free-kick about twenty-five yards out.

He took a mighty swipe at the ball and the leather was a blur as it hurtled high into the net for the equaliser. Celtic players and fans celebrated big-style as they watched on television back home. Bayern wiped the floor with them in the replay, humiliating them 4-0.

It proved once again there is no place in sport for cheats.

* CQN hopes you have enjoyed all the thrilling instalments from Alex Gordon’s book, ‘CELTIC: The Awakening’, the club’s remarkable journey through the sixties and into the seventies. And look out, too, for exciting news about the publication of Alex’s brand new book, ‘CELTIC: 50 Flags Plus One’. It’s the historic collection of dramatic tales of each season in which the Hoops have won the title – all fifty-one of them. It’s coming soon. Watch this space!