Celtic Quick News on News Now
You are at:Home»Latest News»CELTIC TITLE: OVER TO YOU, SPFL, SAY UEFA
By CQN Magazine on 23rd April 2020 Latest News

CELTIC are on the brink of their ninth successive title after UEFA handed the SPFL the power to declare the Hoops champions – as long as European places are decided on “sporting merit”.

European football chiefs met today to discuss plans for ending the 2019/20 season across the continent.

After an initial delay, they have now given their Hampden bosses the green light to call an end to the Premiership campaign. That would see Neil Lennon’s men pick up the crown with the title kings 13 points ahead with only eight games to go.

While there will be celebrating among the Parkhead ranks, there will be misery in Edinburgh with only league reconstruction a possibility to save Hearts from relegation.

In a statement, UEFA admitted they had received representations from Scotland and Belgium – and had approved guidelines for admitting clubs to next season’s Champions League and Europa League.

Importantly, the European supremos also said they recognise some associations may have “legitimate reasons” to halt their current terms.

An extract from the statement read: “As a result of representations made by the football authorities in Belgium and Scotland, the Committee recognises the issues raised and approved the guidelines on eligibility principles for 2020/21 UEFA club competitions.

“The Guidelines reflect the principle that admission to UEFA club competitions is always based on sporting merit.

“However, UEFA stresses that the health of players, spectators and all those involved in football as well as the public at large must remain the primary concern at this time.

“The ideal scenario, should the pandemic situation permit it, is to have the currently suspended domestic competitions completed enabling football clubs to qualify for UEFA club competitions on sporting merit in their original format.

“Should this outcome not be possible, in particular due to calendar issues, it would be preferable that suspended domestic competitions would restart with a different format in a manner which would still facilitate clubs to qualify on sporting merit.”

“Existence of an official order prohibiting sports events so that the domestic competitions cannot be completed before a date that would make it possible to complete the current season in good time before the next season to start.

“Insurmountable economic problems which make finishing the season impossible because it would put at risk the long-term financial stability of the domestic competition and/or clubs.” 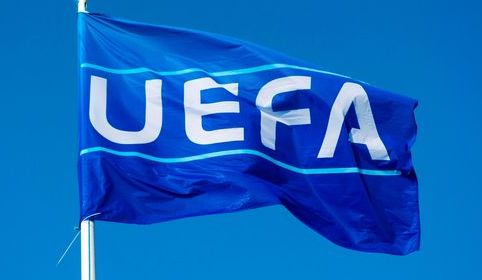 “The procedure for selecting clubs should be based on objective, transparent and non-discriminatory principles. National associations and leagues, should otherwise have the ability to decide the final positions in their domestic competitions, having regard to the specific circumstances of each competition.

“The final determination of eligible places for the UEFA club competitions should be confirmed by the relevant competent bodies at domestic level.”

The decision to hand the power to the SPFL will see Celtic win their ninth league title in a row.

That will follow last week’s vote of the SPFL’s resolution that saw the three leagues outwith the top flight come to an immediate conclusion with Dundee United, Raith Rovers and Cove Rangers awarded the titles for their respective divisions.