Celtic Quick News on News Now
You are at:Home»Latest News»CELTIC TRANSFER STAMPEDE: WAIT FOR IT!
By CQN Magazine on 1st June 2021 Latest News

CELTIC will be involved in a whirlwind of transfer activity this summer.

However, clubs who are interested in the likes of Odsonne Edouard and Kristoffer Ajer will have to wait until the Hoops have a new manager in place and are prepared to get round the table for negotiations.

News has emerged that Bundesliga giants Bayer Leverkusen, who paid £11.8million for Jeremie Frimpong in January, are poised to raid the Parkhead club again.

One report understands the German outfit are keen on Norwegian utility star Ajer and have already made contact with the 23-year-old defender’s representatives, according to the Herald and Times Sport. 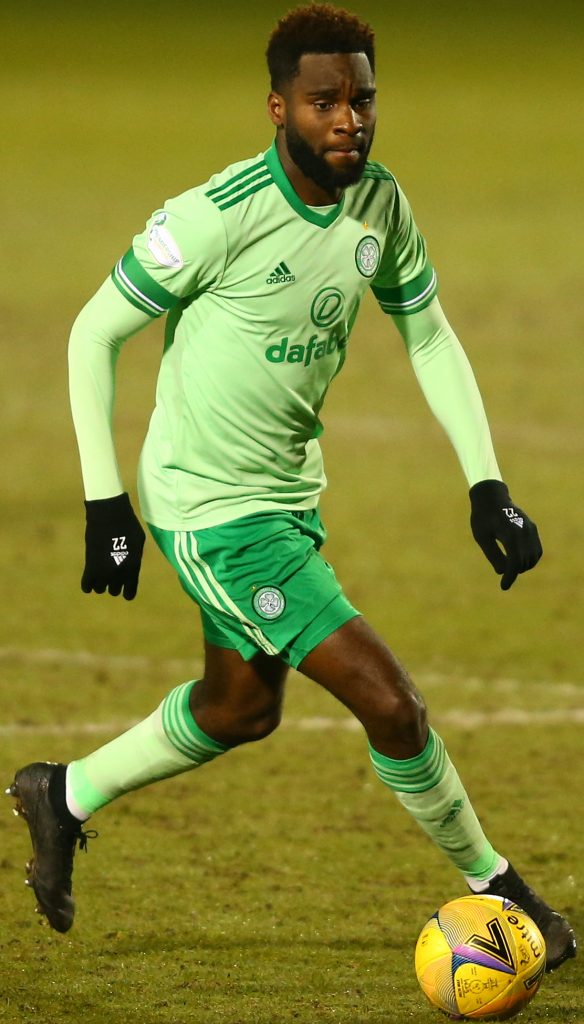 ON THE MOVE…Odsonne Edouard in action against St Mirren in February.

Newcastle and Norwich City have also been linked with the skyscraper centre-back, but the interest from all three clubs will have to be put on hold as Ajer – and Edouard – still have 12 months to run on their current contracts. They will be allowed to talk to other clubs in the January transfer window, but NOT before that date.

Any potential moves for individual Celtic players must be directed at the club.

Ryan Christie is in a different situation with his terms expiring afer the turn of the year and he will be allowed by regulations to agree a pre-contract this month when the transfer window reopens. Southampton are already watching his situation, as CQN reported.

It is unlikely, though, that any business will be done until after the Euros with the Hoops playmaker certain to be involved in Steve Clarke’s plans for the Group D encounters against the Czech Republic at Hampden a fortnight on Monday, England at Wembley four days later and Croatia, again in Glasgow, on the 22nd.

Undoubtedly, there will be a stampede in the east end of Glasgow in the forthcoming months with players coming and going, but, for the time being, any club wishing to negotiate for Ajer, Edouard, Olivier Ntcham or Karamoko Dembele will have to go through Celtic.