CROCKED Nir Bitton and Hatem Abd Elhamed have both returned to training for Celtic.

However, tonight’s Premiership clash with Hearts at Parkhead is likely to be too soon for the Israeli double-act to make their comebacks.

The versatile Bitton has not played since January 18 after sustaining an injury early in the 2-1 Scottish Cup win over Partick Thistle at Firhill. He was replaced by Jozo Simunovic after only seven minutes.

International right-back Elhamed has been out even longer, his last game coming in the historic 2-1 Europa League Group E triumph over Lazio in Rome on November 7 when he had to come off with a groin strain in the second-half.

Neil Lennon, though, has confirmed the pair have now joined their team-mates at Lennoxtown as the champions face a crucial second half of the campaign. 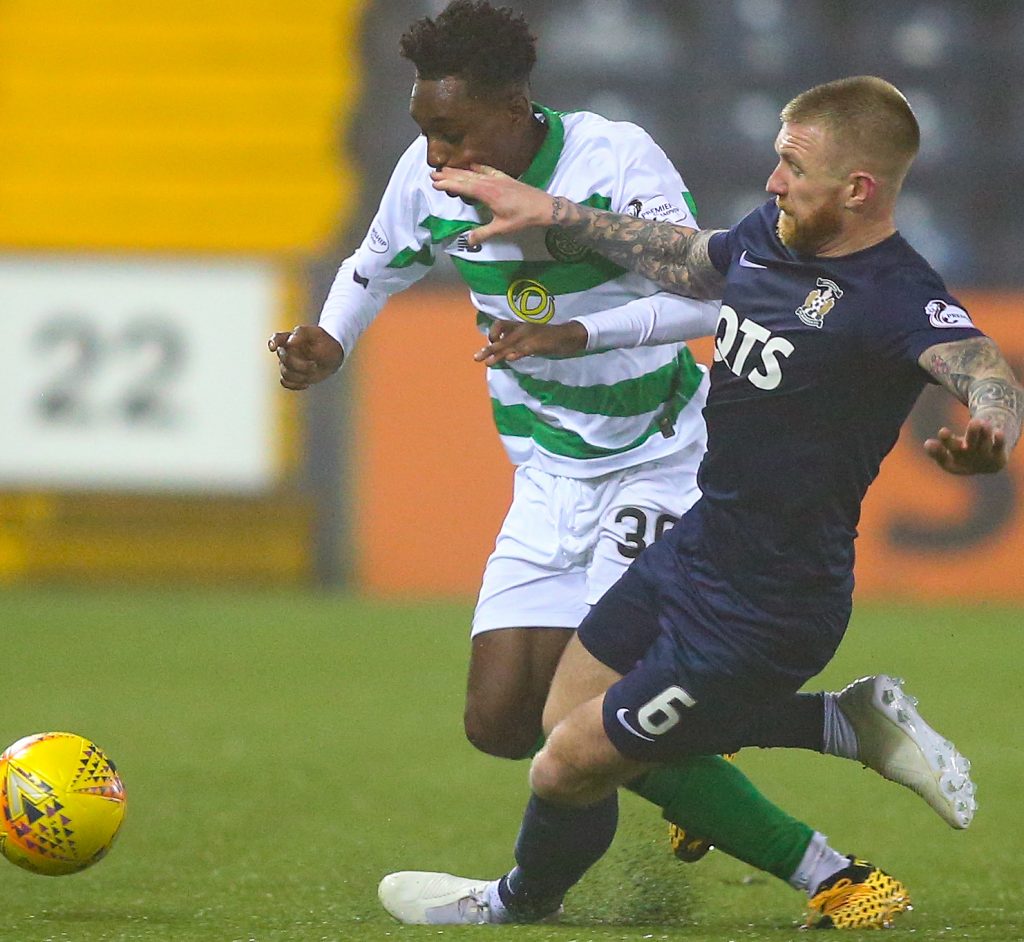 CRUNCH…Jeremie Frimpong is on the receiving end of a mighty challenge from Alan Power that saw him stretchered off at Rugby Park last month.

The Irishman, speaking to the club website, said: “We’ve got a few players back. Hatem Elhamed and Nir Bitton are back in training and obviously Mo Elyounoussi and Ryan Christie got a run-out at the weekend.

“For Hatem and Nir, tonight be too early, but the rest of the squad’s fine and there are no fresh injuries from the weekend.

“Getting players back at any time is a good time, but with the influx of games coming up, it’s great to have them all back.”

Elyounoussi played his first game for the Hoops in Sunday’s 3-0 Scottish Cup win over Clyde since he played in the first-half of the 1-0 Betfred League Cup Final success in December.

Still out, though, is fans’ favourite Jeremie Frimpong who is still recovering from a pulverising late challenge from Kilmarnock’s Alan Power in the 3-1 win at Rugby Park on January 22.

Lennon is taking no chances in the recovery period of the 19-year-old Dutchman who was stretchered off following the wayward tackle from the home midfielder.