ANGE POSTECOGLOU has been in charge of Celtic’s fortunes for just over nine months, but Neil Lennon’s long-term successor is already keenly aware of expectation levels.

Giorgos Giakoumakis, his £2.5million buy from Dutch side VVV-Venlo in August, thumped in his second hat-trick in his last three appearances at Parkhead as the team overwhelmed Ross County 4-0 to move six points ahead at the Premiership pinnacle.

Daizen Maeda, one of a quartet of J-League talent brought to Glasgow by the Greek-Australian, claimed the other strike against the Highlanders who completed the game with 10 men after Kayne Ramsay was red-carded for a dreadful challenge on Tom Rogic who then took no further part in proceedings.

Seven league encounters remain to be played as Postecoglou and his players eye the title, but their points advantage could be halved if Giovanni van Bronckhorst’s side beat relegation-threatened Dundee at Dens Park in the midday kick-off today. 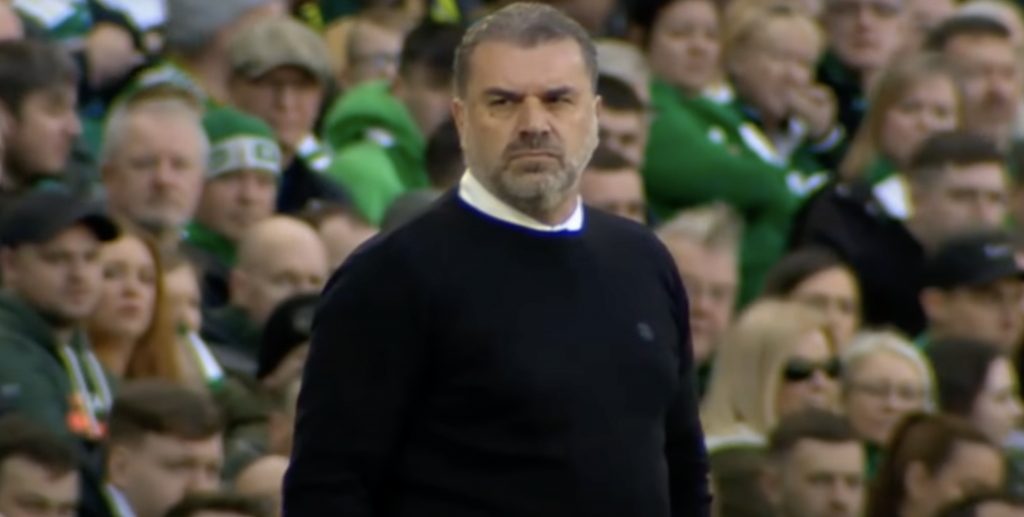 BACKING OF THE FANS…Ange Postecoglou watches the action against Ross County from the touchline.

The Hoops have a Scottish Cup semi-final date at Ibrox on April 17 to confront in their quest to return on May 21 to Hampden, the scene of their 2-1 Premier Sports League Cup success over Hibs six days before Christmas.

The challenges do not appear to faze Postecoglou one bit as he insists: “The reality is every Celtic manager should start the season thinking they can win it all, that’s why we are here.

“My job is to try to get us to a position where we have the opportunity to do that.

“At the moment, we have an opportunity to do that, but we won’t achieve it if we start thinking about it now.

“Whatever happens, if it all goes well, it won’t be my achievement, it will be an achievement of EVERY person at this football club and EVERY supporter.

“Right from the start of this year, he club has been absolutely united in tackling what was always going to be a challenging season.

“I felt the whole club, fans, players, have all been in on this and it is why we are in the position we are in.” 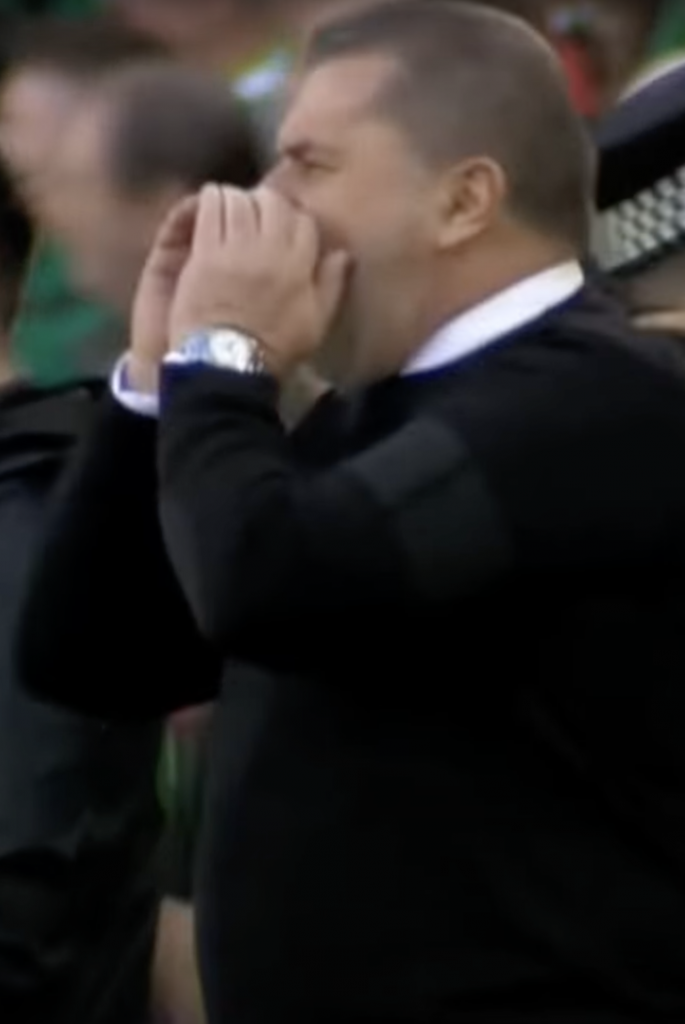 ON THE BAWL…the Celtic manager shouts out some instructions.

Obviously, today’s events on Tayside are likely to be crucial in the club’s pursuit of their tenth crown in 11 years after last season’s inexplicable fall from grace, but Postecoglou admits he’ll be channel hopping with his family rather than bothering with the football drama unfolding elsewhere.

The former Australia World Cup manager, speaking to the Sunday Mail, revealed: “My Sundays are dictated by my wife and kids, mate. If Sing 2 or something’s good on TV then we’ll maybe have a fight for the remote control.

“I get why people are focusing on that and asking the question.

“I only worry about what I can control. If we got three points today, why should we even bother about looking at anything else?

“We have to as a group be really conscious of the fact that any time we start thinking more than a day from where we are we can lose focus. 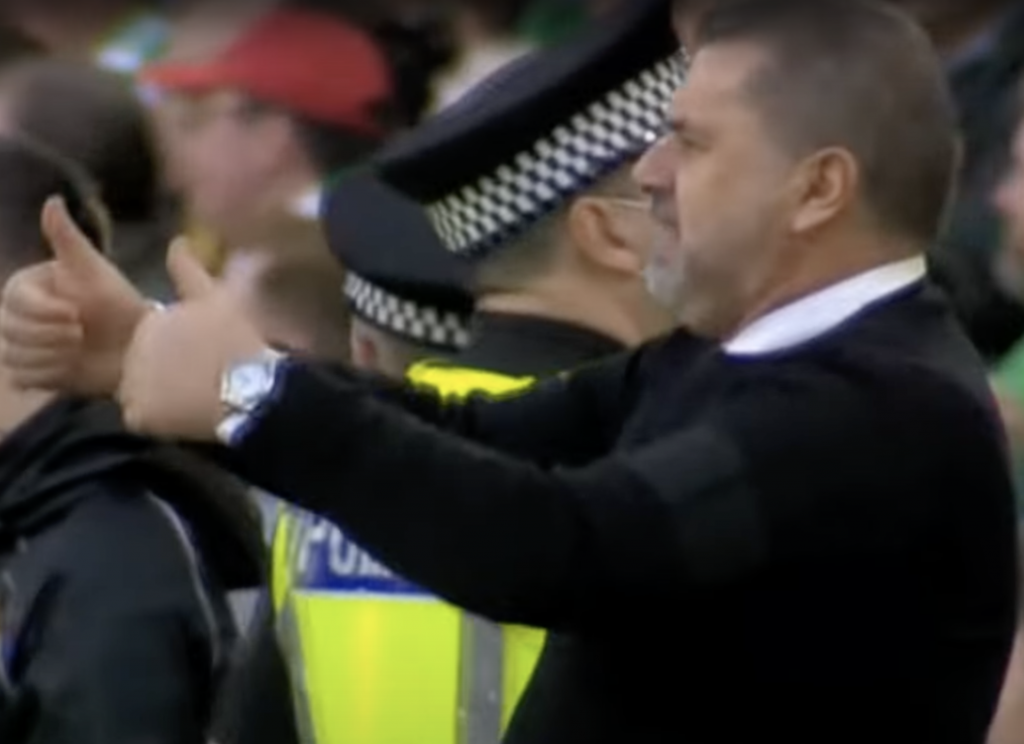 “Since round six we have literally had to be just about perfect to be where we are today.

“And to do that, any sort of distractions we have, had to be put to one side, regardless of other results or performances or people from the outside.”

Postecoglou, who saw his team rack up their 31st unbeaten domestic outing against the Dingwall club, added: “It’s very easy to succumb to anxiety at this time when the stakes are so high.

“We need to stay really strong in terms of our resilience and our commitment to what we’ve started to do.”