Celtic Quick News on News Now
You are at:Home»In Pictures»CELTIC v DONS: THE HAMPDEN STORY: 2018
By CQN Magazine on 14th April 2019 In Pictures

ONE spark of magic was all it took to win Celtic their seventh successive piece of domestic silverware – and it was provided by Ryan Christie.

The midfield playmaker had spent 18 months on loan at the Pittodrie side before returning to Parkhead at the start of the season.

The Highlander was still a fringe player until he came on as a second-half substitute in the October semi-final against Hearts at Murrayfield with the game locked in a scoreless stalemate.

Christie, who had replaced Olivier Ntcham, made a startling impact on proceedings as the Hoops raced to a 3-0 win with the replacement netting one and setting up the other two for Scott Sinclair and James Forrest.

He started against his former Dons team-mates at Hampden at the start of December last year and claimed the only goal of the encounter just before the interval with a whizzbang volley that zipped past Joe Lewis before thundering into the net off the underside of the crossbar.

Sinclair passed up the opportunity of doubling the Hoops’ advantage after the turnaround when the Parkhead men were awarded a controversial penalty-kick. Justice was probably done when Lewis dived to his right to parry the attacker’s effort to safety.

Once the smoke of battle had cleared, Celtic had picked up another trophy as they zeroed in on the historic treble treble.

CQN‘s top snappers were at the national stadium to capture the action. Here is the pick of the pics. 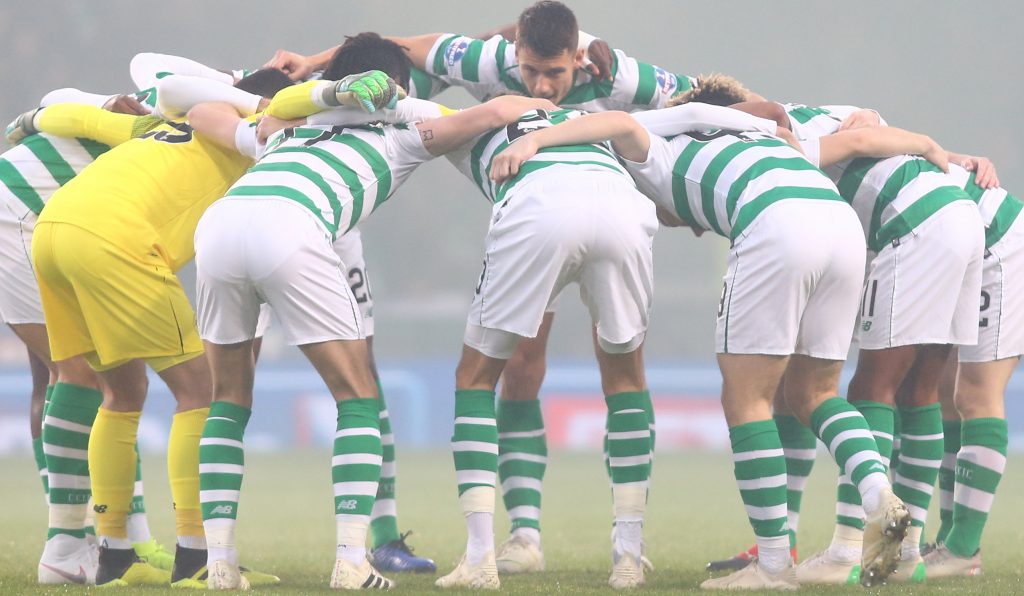 HAMPDEN HUDDLE…Filip Benkovic is head and shoulders above his team-mates during the pre-match chat. 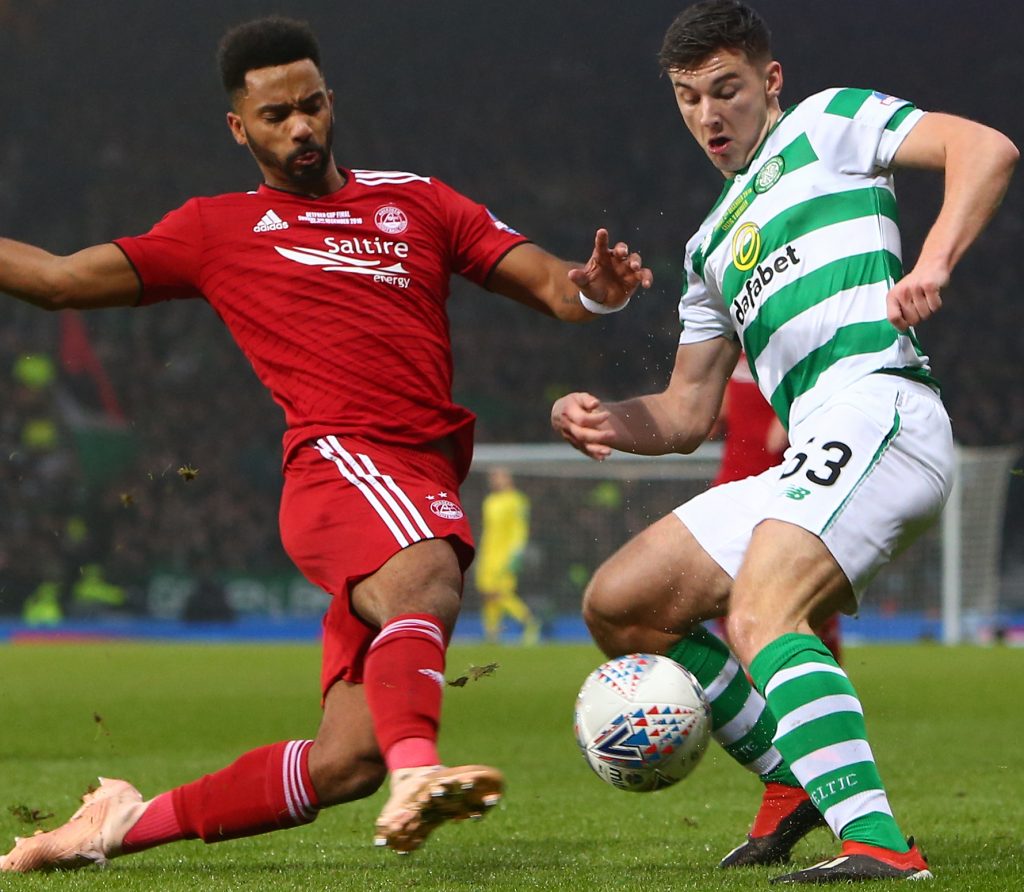 CLASH…Kieran Tierney in a battle for possession with Dons defender Shay Logan. 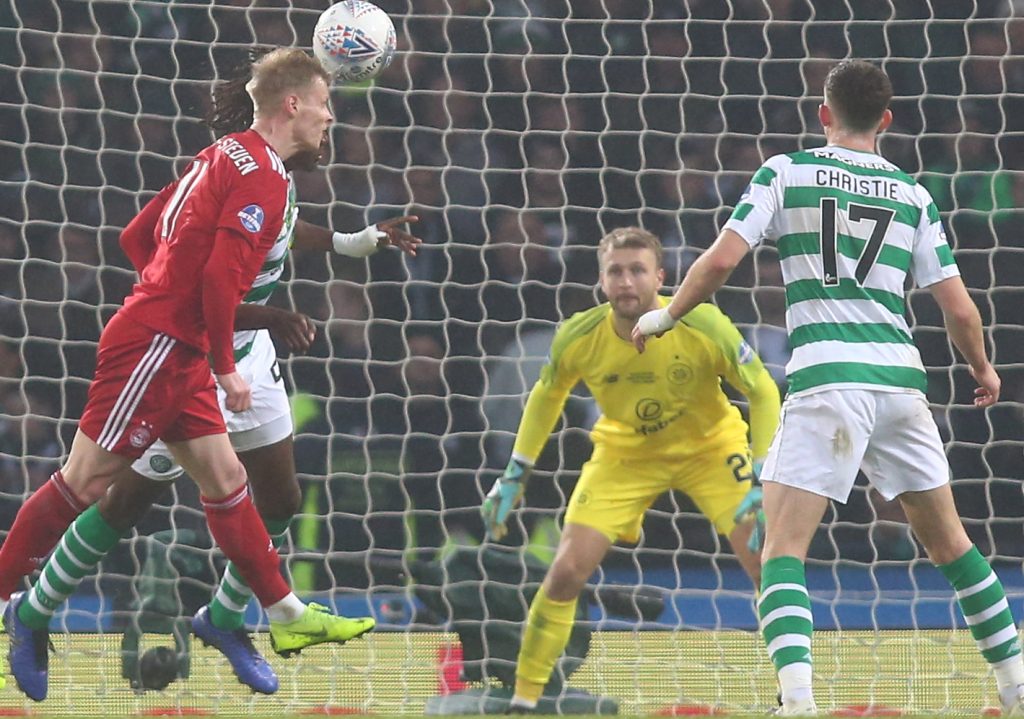 THUMP…Dons’ ex-Celt Gary Mackay-Steven clashes heads with Dedryck Boyata as they go for a high ball. 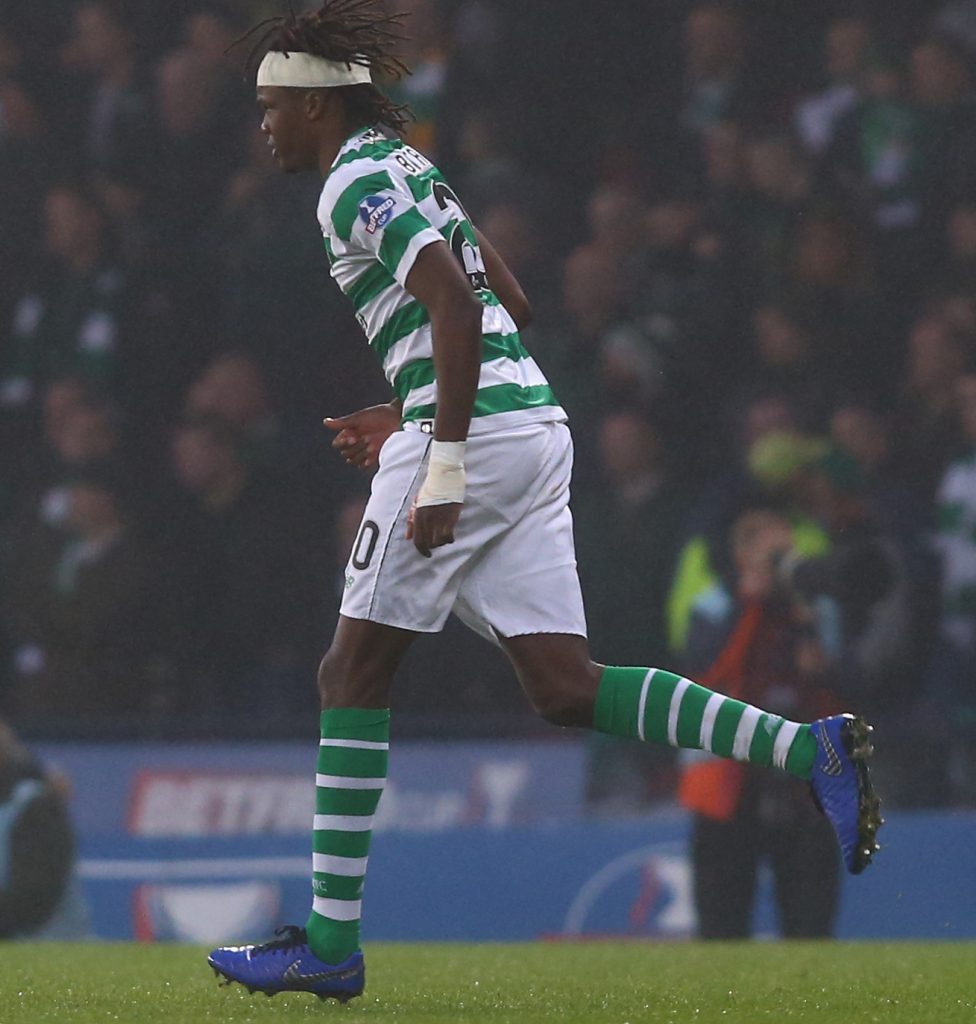 THE WINNER…Ryan Christie fires the ball past Joe Lewis with Shay Logan too late to intervene. 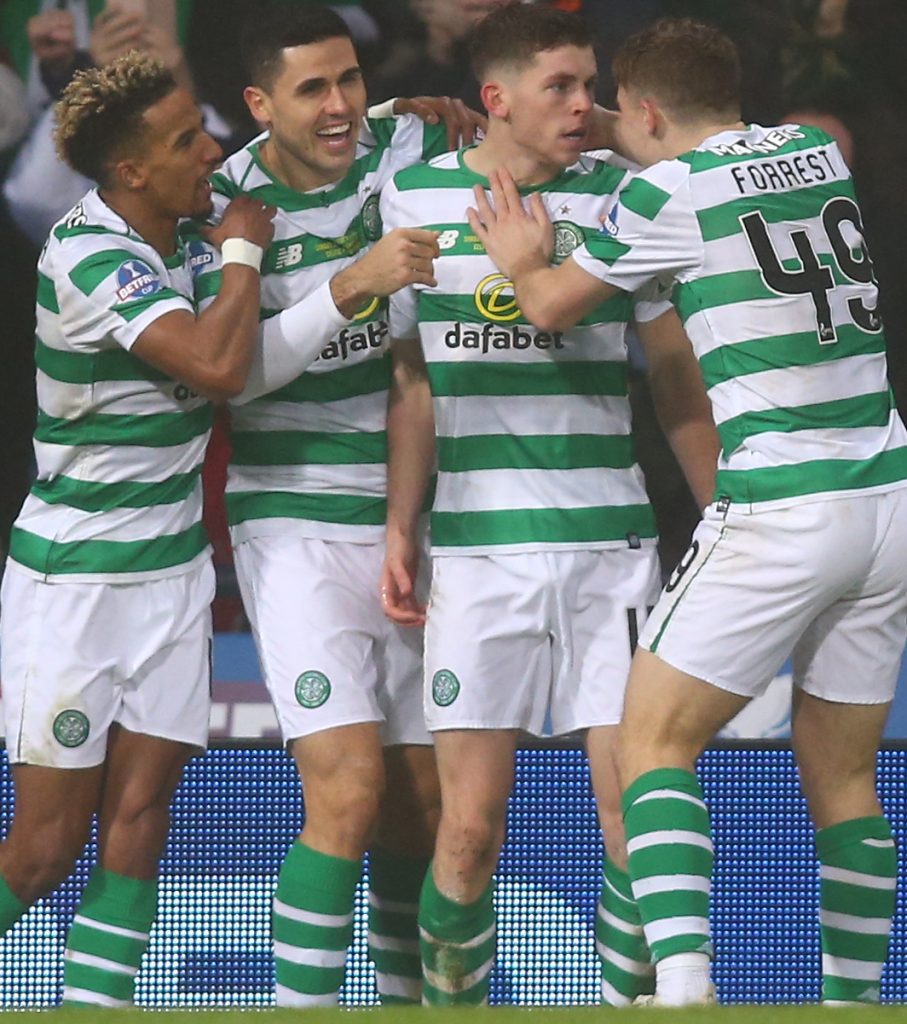 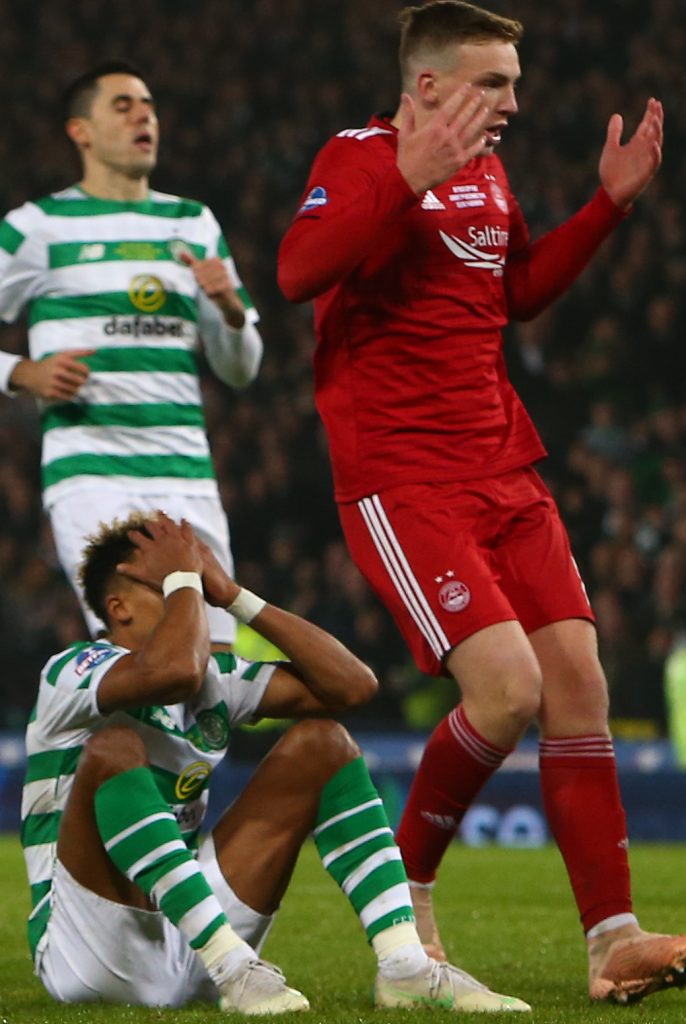 OH, NO…Scott Sinclair is a spot-kick sinner as he sees his penlty saved by Joe Lewis much to the surprise of Dons’ Lewis Ferguson and dismay of team-mate Tom Rogic. 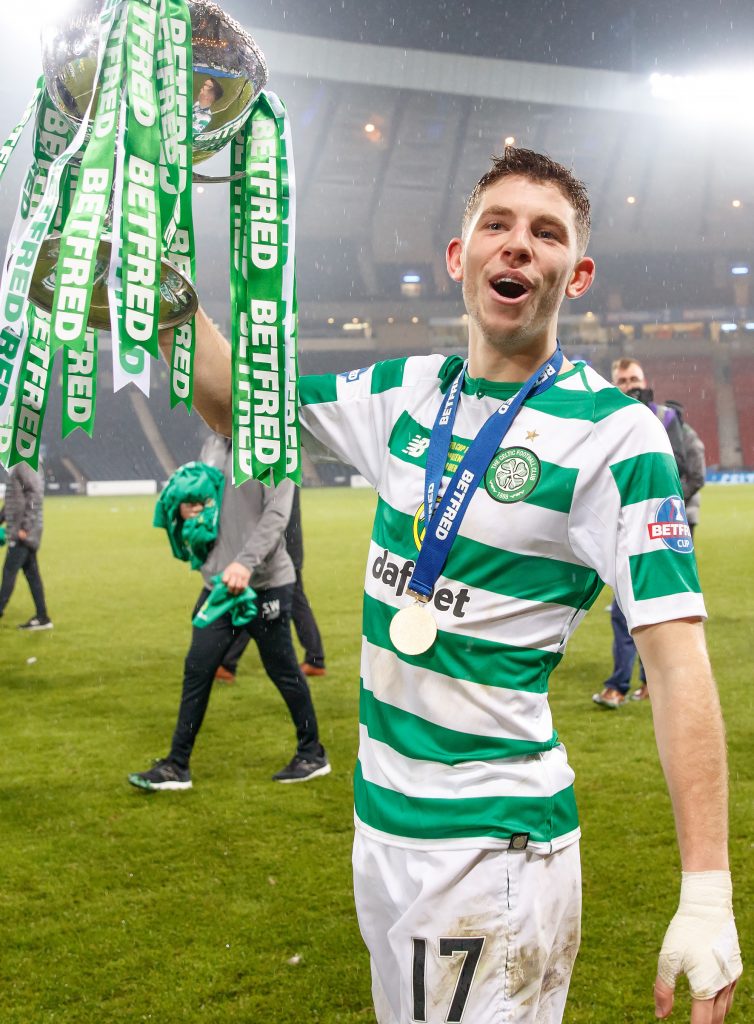 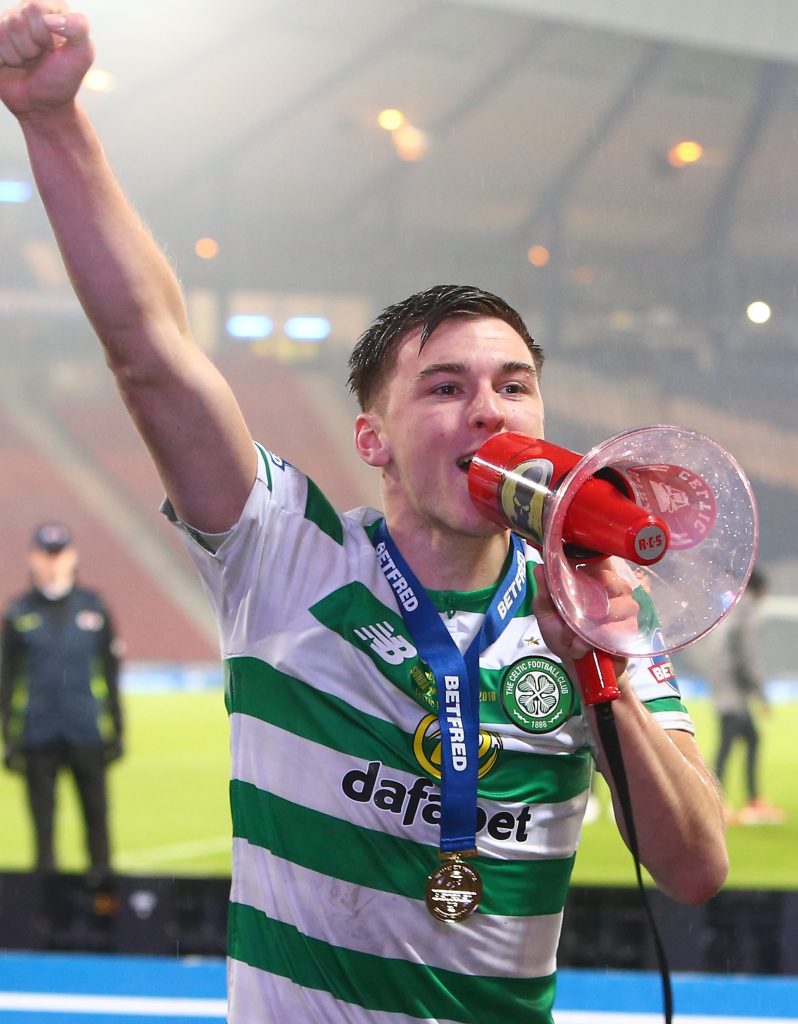 NOW HEAR THIS…Kieran Tierney uses a loudspeaker to join in with the celebrating Hoops fans.

*DON’T miss the unbeatable match report and the best action images from Celtic v Aberdeen this afternoon – only in your champion CQN.