Celtic Quick News on News Now
You are at:Home»Latest News»CELTIC v LIVINGSTON: ALL YOU NEED TO KNOW
By CQN Magazine on 6th April 2019 Latest News

CELTIC kicked off another successful Premiership campaign with a 3-1 win over Livingston at Parkhead on Saturday, August 4.

Tom Rogic headed in the champions’ first goal of the new league campaign with the French double-act of Olivier Ntcham and Odsonne Edouard adding the others.

Both teams have had a change of manager since that encounter. Brendan Rodgers, of course, made a swift exit in February to Leicester City while player/boss Kenny Miller was axed by the East Lothian outfit after only a handful of games in charge.

The 39-year-old former Scotland international is now with relegation-threatened Dundee and faced the Hoops in the Parkhead side’s 1-0 stoppage-time triumph last month. 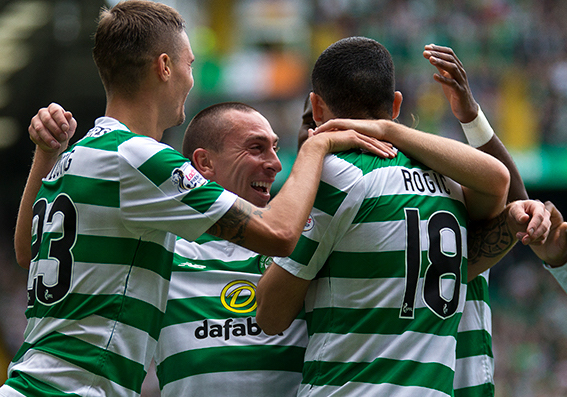 Here are some more stats before kick-off to this afternoon’s confrontation.

* CELTIC have won 16 of their 18 league games against Livingston since the 2001/02 season, drawing the other two 0-0, the most recent in November.

* LIVI have lost all nine of their league visits to Celtic Park, although they have only failed to score in one of those – 2-0 in September 2002.

* SINCE the 1998-99 season, only one newly-promoted side has won away at the reigning champions in the Scottish top flight  – Hamilton Accies 1-0 against Ronny Deila’s side in October 2014.

* CELTIC have won 11 of their 12 league matches in 2019 – drawing one against Aberdeen – picking up at least 12 more points than any other club in the Premiership this calendar year.

* LIVI are winless in 13 away league outings, drawing six and losing seven, since beating St Mirren 2-0 in August last year.