Celtic Quick News on News Now
You are at:Home»Latest News»CELTIC v VALENCIA: ALL YOU NEED TO KNOW
By CQN Magazine on 14th February 2019 Latest News

* CELTIC have been eliminated by Valencia in their two previous knock-out encounters. The Spanish side won 6-4 on aggregate in the 1962/63 Fairs Cup first round – the Hoops’ first-ever European ties – and on penalties in the 2001/02 UEFA Cup last 32.

Martin O’Neill’s men lost 1-0 away and won 1-0 at Parkhead with Henrik Larsson on target. The Swede, Stan Petrov and Joos Valgaeren missed from the spot in the penalty shoot-out which Valencia won 5-4.

* CELTIC have won six, drawn one and lost one of their last eight home games in European competition, qualifiers included.

Their most memorable win has been the 2-1 success over RB Leipzig where Kieran Tierney and Odsonne Edouard scored for Brendan Rodgers’ side. 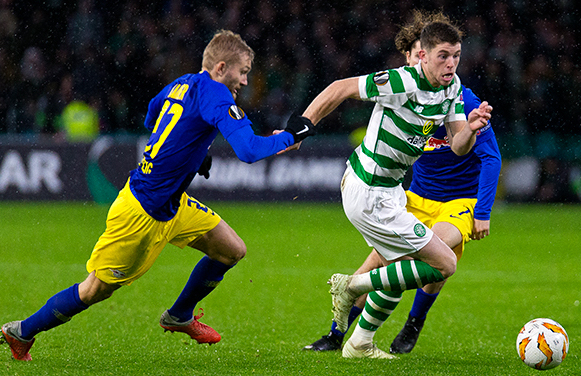 The only defeat in that run came against Red Bull Salzburg on December 13.

*SINCE the start of the Europa League in 2009/10, Celtic have never progressed past the last 32 – this is their sixth appearance.

* VALENCIA have never kept a clean sheet in an away game in eight outings against Scottish opposition, in all competitions.

* THE Spaniards’ Carlos Soler was directly involved in four of his team’s six goals in this season’s Champions League group stages, two goals and two assists.