Former Hoops boss Tony Mowbray is also interested in taking the highly-rated 20-year-old to English League One side Blackburn Rovers.

Sykes is now a regular for the Northern Ireland Under-21 squad.

The Hoops have received glowing reports about the young attacker who has been in the first team since January 1, 2015.

He claimed the first hat-trick of his fledgling career in August this year when his team overcame Donegal Celtic 5-1 in a League Cup-tie.

Mowbray, however, is anxious to strengthen his Ewood Park squad in January in an effort to push for a Play-Off place. 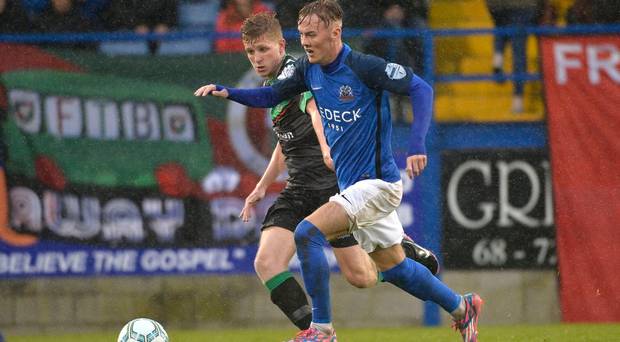