Celtic Quick News on News Now
You are at:Home»Football Matters»‘CELTIC WILL STAND BY RONNY,’ COLLINS
By CQN Magazine on 10th November 2015 Football Matters
JOHN COLLINS believes Celtic will NOT sack Ronny Deila – irrespective of the outcome of their two remaining Europa League games against Ajax and Fenerbahce.
The Hoops boss was the target for a renewed backlash last week after the team slumped to a dreadful 2-1 home defeat against Molde which left them at the bottom of their group with a mere two points from a possible 12.
Deila must now plot two victories against the Dutch at home on November 26 and against the Turks in Istanbul on December 10 in order to salvage a place in the last 32 of the tournament.

The Norwegian’s poor record in Europe since his appointment 18 months ago has raised serious doubts over his credibility in the job. 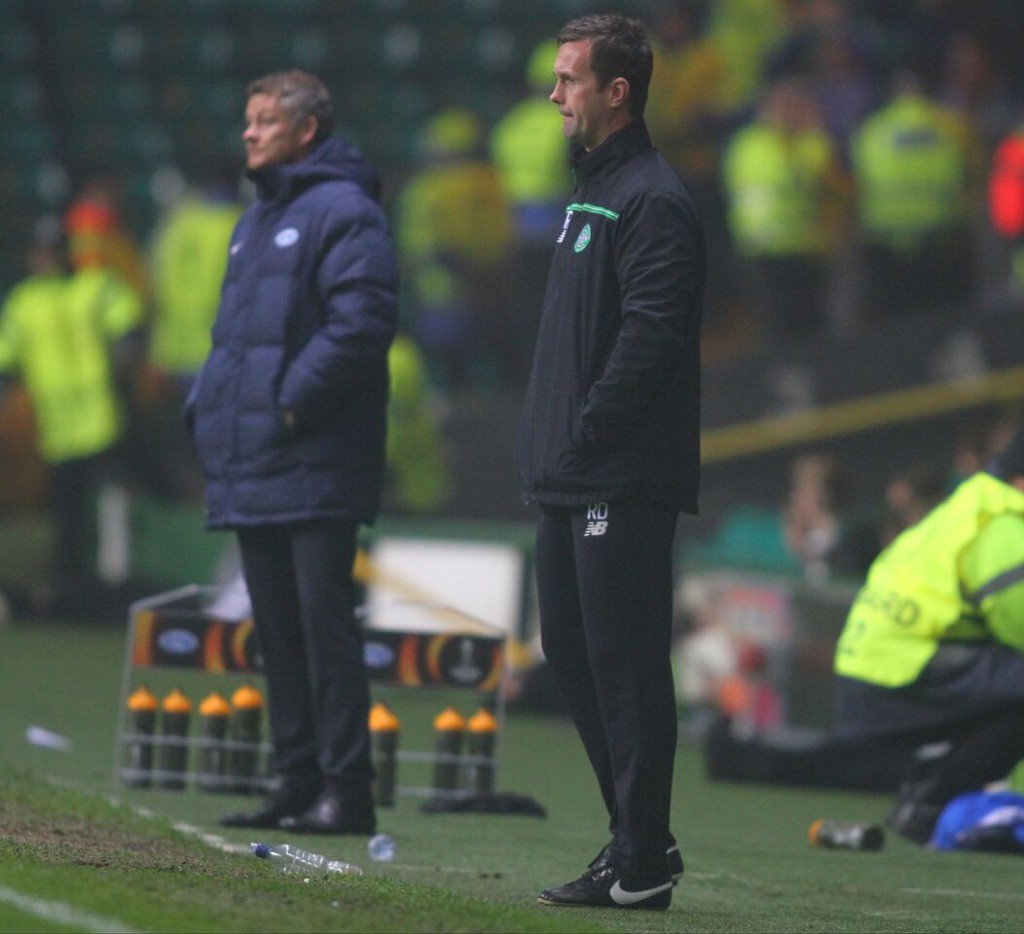 Bookies Paddy Power yesterday shortened the odds on David Moyes as the SPFL champions’ next boss to just 2-1 following his sacking by Real Sociedad.

Former Everton and Manchester United boss Moyes, a former Celtic player, has admitted his ambition one day is to manage the Glasgow giants.
But assistant gaffer Collins leapt to Deila’s defence and insisted the pair have no intention of compromising their football outlook in an attempt to improve the team’s results against continental opponents.

He said: “I think criticism of Ronny is unfair, of course, because when he gets criticised, I get criticised, because we’re a team.

“But we understand the expectations from everybody, that we have to do well in Europe, win every game in Scotland, score five goals every week and concede none.

“So, we take the criticism, try to turn it into a positive and drive us forward. Ultimately, you are always judged on your results in the long term, but, along the way, you would like to think you’ll be judged on the performances.

“I’m sure the club will stick by the manager. They’ve done it in the past, they are not known as a club that hires and fires coaches.

“I don’t think that’s the way forward. We believe we’re on the right track and there are always bumps along the way. When you come to the setbacks and obstacles, you’ve got to keep believing in what you’re doing. As long as everyone sticks together, we think we’ll get where we want to go. It takes time.

“The coaching team watches re-runs of games and the goals we conceded, constantly trying to get better. But we have got the way we want to play. We might slightly vary it in certain matches, but we are not going to go five at the back, four in midfield, one up front and kick the ball up the pitch.

“Of course, our approach can get us into the Champions League next year – definitely. But we have to get better at what we do.

Asked if he believed Celtic are capable of beating both Ajax and Fenerbahce, Collins answered: “I’m confident we will give it every single bit of energy and everything we’ve got to try to achieve it.