Celtic Quick News on News Now
You are at:Home»Latest News»CELTIC’S 10 FOR STARTERS
By CQN Magazine on 11th March 2018 Latest News

* TEN of the Celtic team that won 5-1 at Ibrox on April 29 started this season’s 2-0 victory in Govan in September.

* LEIGH GRIFFITHS scored his 67th goal for the Hoops on his 100th appearance at Ibrox in September. 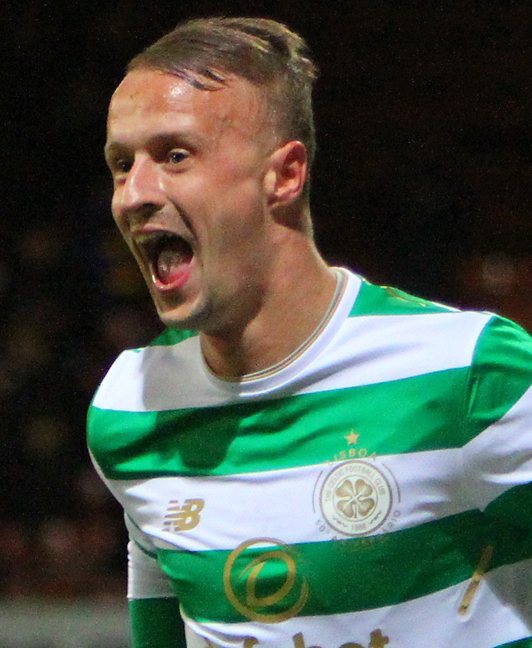 * JAMES FORREST replaced Patrick Roberts to play his 250th game for the Parkhead side in the same encounter. His goal in the 2-0 win over Dundee on Boxing Day was his 50th for the club.The winger has claimed 16 goals this season, including his first-ever hat-trick in the 3-2 Scottish Cup win over Partick Thistle last month.

* BRENDAN RODGERS introduced Kristoffer Ajer for Simunovic for the goalless draw in December. Olivier Ntcham also made his first appearance against the Govan outfit as a second-half substitute for Sinclair.

* EBOUE KOUASSI, Celtic’s £2.8million signing from Russian side Krasnodar in January 2017, made unwanted history at Ibrox in April. The Ivorian midfielder came on for skipper Scott Brown in the 89th minute – and didn’t get a touch of the ball.

Referee John Beaton allowed only 11 SECONDS of stoppage time before blowing to signal the end of the game. 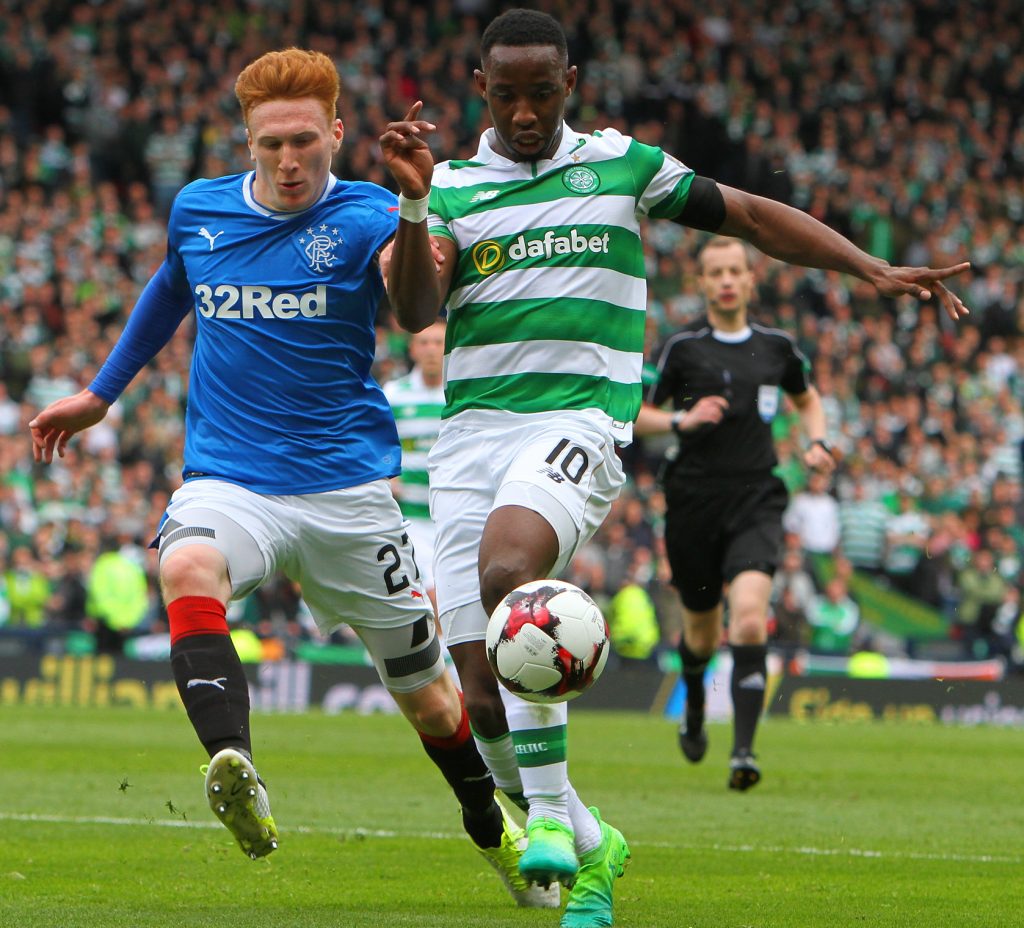 * RODGERS has faced Sevco Rangers eight times as Celtic boss and won six and drawn two. The Hoops took 10 points from a possible 12 last season after a 5-1 win and a 1-1 draw at Parkhead and 2-1 and 5-1 victories at Ibrox.

A Moussa Dembele goal gave Celtic a 1-0 triumph in the League Cup semi-final and Callum McGregor and Scott Sinclair (pen) were on target in the 2-0 Scottish Cup semi-final success. Tom Rogic and Leigh Griffiths added to the sequence with September’s 2-0 win.

* PEDRO CAIXINHA lost all three of his games against the champions. He saw the team go down 2-0 in the Scottish Cup semi-final on April 23 and followed up that defeat six days later with the 5-1 Premiership flop.

The Hoops completed the hat-trick with their 2-0 win in September. The Portuguese coach was sacked shortly afterwards.

Graeme Murty saw his side claim a point in the 1-1 draw last season and followed that up with a goalless stalemate at Parkhead before the turn of the year.