CELTIC have suffered a setback in their hopes to offload £4.5million misfit Vasilis Barkas.

The Hoops flop keeper is surplus to requirements at Parkhead and is now No.3 in the pecking order behind Joe Hart and Scott Bain and is heading for the exit.

A loan move to Sheffield United fell through last month after the clubs could not agree on the financial package, but it looked as though the £20,000-per-week netminder would be removed from the wage bill when IFK Gothenburg were linked with a move for the 27-year-old former Greek international shotstopper. 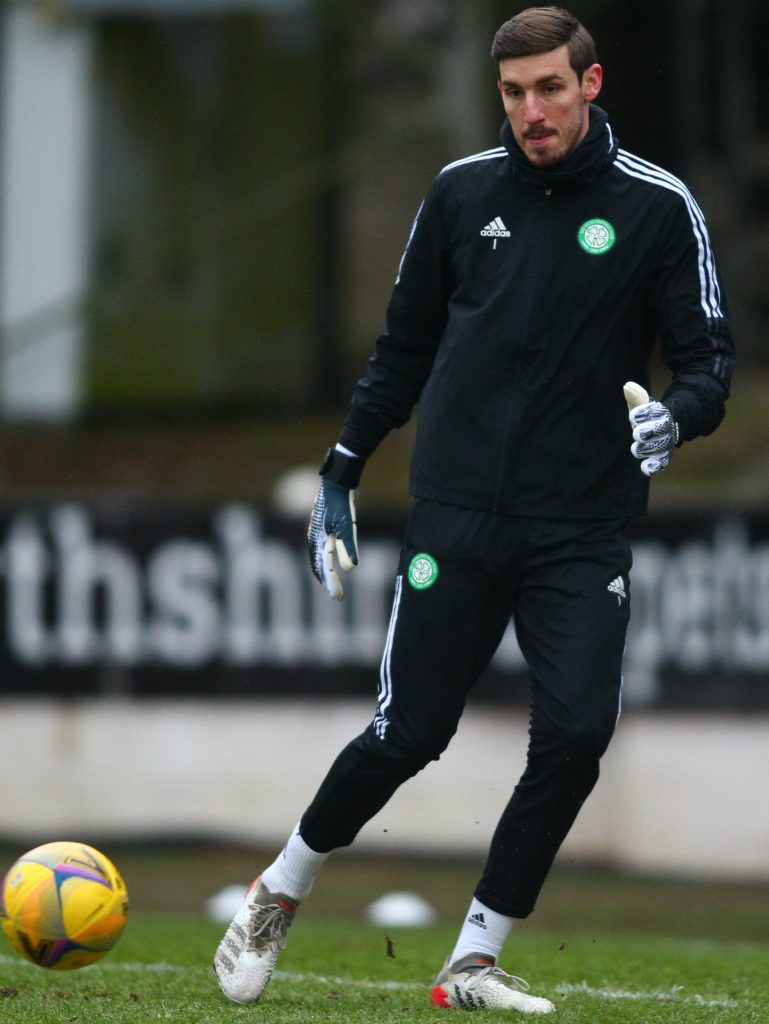 ON THE BALL…Vasilis Barkas goes through a warm-up routine as he prepares for the Boxing Day match against St Johnstone.

The Swedish transfer deadline closes on March 31 and reports suggested Barkas, who has made only two first-team appearances in the current campaign, was on their wanted list.

However, it now appears IFK are looking elsewhere in their search for a new last line of defence and Bournemouth’s Orjan Nyland is now their preferred target, according to sports outlet Aftonbladet.

Barkas, who is under contract until June 2024, kicked off the season as Ange Postecoglou’s No.1, but after a blunder to gift FC Midtylland their equaliser in the Champions League qualifier in Glasgow in July, he was axed to make way for Bain for the return game before Hart arrived in a £1million switch from Spurs.

The most expensive keeper in the Hoops’ history played his second game against St Johnstone in the 3-1 win at McDiarmid Park on Boxing Day when both Hart and Bain were unavailable.

But it is clear he has no future at the club and will be on his way as soon as a deal can be put in place.