CELTIC will go directly into the Champions League group stage – if they make certain of winning this season’s Premiership title.

Ange Postecoglou’s pacesetters got the go-ahead when UEFA, European football’s governing body, announced that Russian teams will NOT be allowed to participate in next season’s competition over the ongoing invasion of Ukraine.

Villarreal, who face Liverpool tonight as they attempt to overturn a 2-0 deficit from the semi-final first leg, had raised some concern that Scotland’s title-winners would miss out on an automatic place as they cannot qualify for the elite competition next term through their La Liga placing which currently sees them sit seventh. 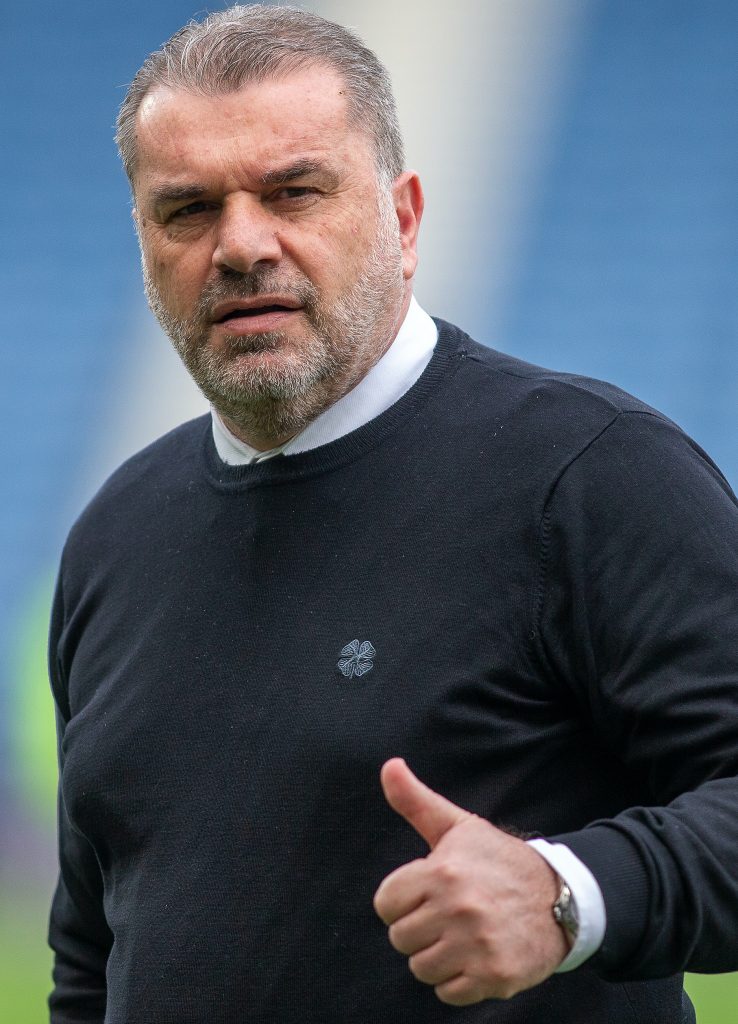 THUMB’S UP…positive news for Manager of the Year Ange Postecoglou.

However, with the update on the situation regarding Russian clubs that scenario with the Spanish shocktroops will not come into play.

Postecoglou’s men are within touching distance of the club’s tenth crown in 11 years as they sit six points clear with just three matches to play against Hearts at Parkhead on Saturday, Dundee United at Tannadice the following midweek and the curtain will come down in the east end of Glasgow three days later when Motherwell visit.

The lucrative Champions League £40million jackpot awaits the Hoops and they have the opportunity to push nine points ahead 24 hours ahead of Giovanni van Bronckhorst’s club’s home meeting with Dundee United.

It’s been an extraordinary somersault in Celtic’s fortunes after the misery of the previous campaign and Postecoglou, who has just been named PFA Manager of the Year, insisted he won’t fully appreciate success on a personal level for quite awhile.

The Celtic manager, speaking to the Scottish Sun, said: “I’ve always been the kind of guy who looks ahead at what’s next.

“It’s not that I dismiss it. I take huge pride because you are sharing it with people.

“What remains is the experience rather than the hardware. I’ve been fortunate in my career and all of those moments have been pretty special.

“One day I’ll have time to reflect, but not now.

“We still have the big one to try to win.”