The Hoops hierarchy steadfastly refused to cash in on their playing assests such as Odsonne Edouard, Kristoffer Ajer and Ryan Christie in the summer as they geared up for their determined push for the historic tenth successive title.

At the same time, they splashed over £12million in bringing in keeper Vasilas Barkas, £4.5million from AEK Athens, striker Albian Ajeti, £5million from West Ham. and midfielder David Turnbull, £2.75million from Motherwell.

On top of that, the club shelled out £2million in a loan fee for Republic of Ireland central defender Shane Duffy, from Brighton.

It looked as though Neil Lennon’s champions, minus only netminder Fraser Forster from the previous term, were well set for the new and crucial campaign. 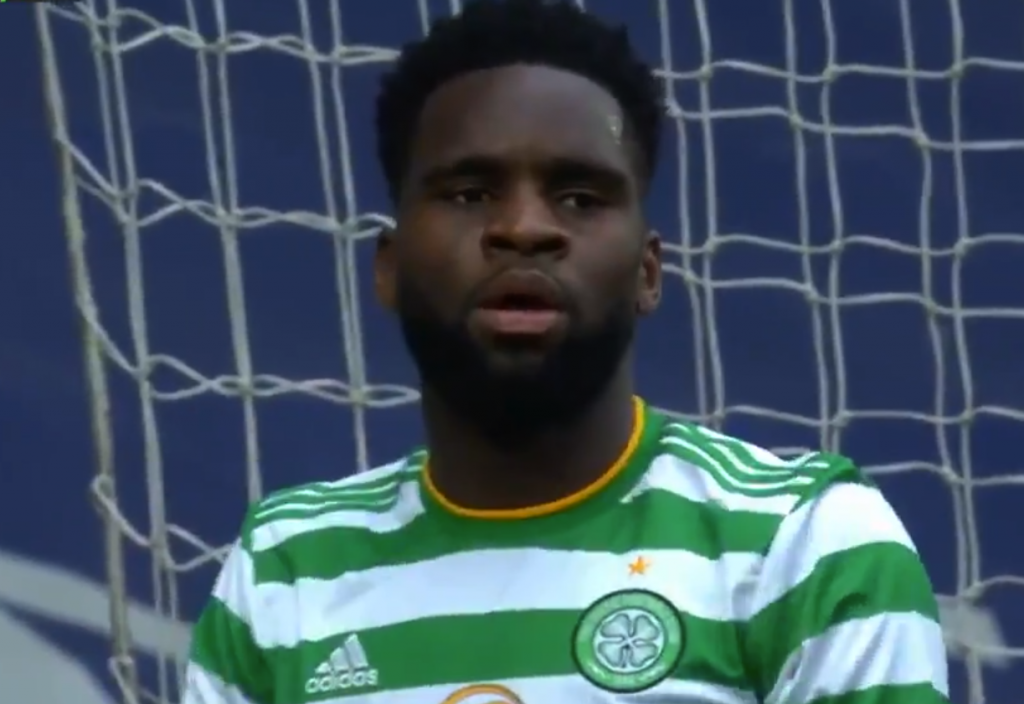 OFF TARGET…Odsonne Edouard’s indifferent form will be refelcted on his transfer value.

However, the hopes of a memorable year in the club’s history disappeared under the rubble of inexplicable results and unacceptable performances.

Former goal hero Chris Sutton said: “If Celtic have taken a kicking on the park this season, they have taken an even bigger hiding off it.

“Covid has wiped fortunes off the bank balance with the turnstiles being locked for an entire campaign and the transfer value of their prized assets has also been shorn.

“I’ll say it again, I don’t blame Celtic for the risk they took.

“This was a huge season and it was commendable in a sporting sense that, even in the face of the Covid financial crisis, they refused to cash in on their biggest stars and kept them to try and win 10 in a Row.

“Obviously, that’s the gamble that has not paid off. 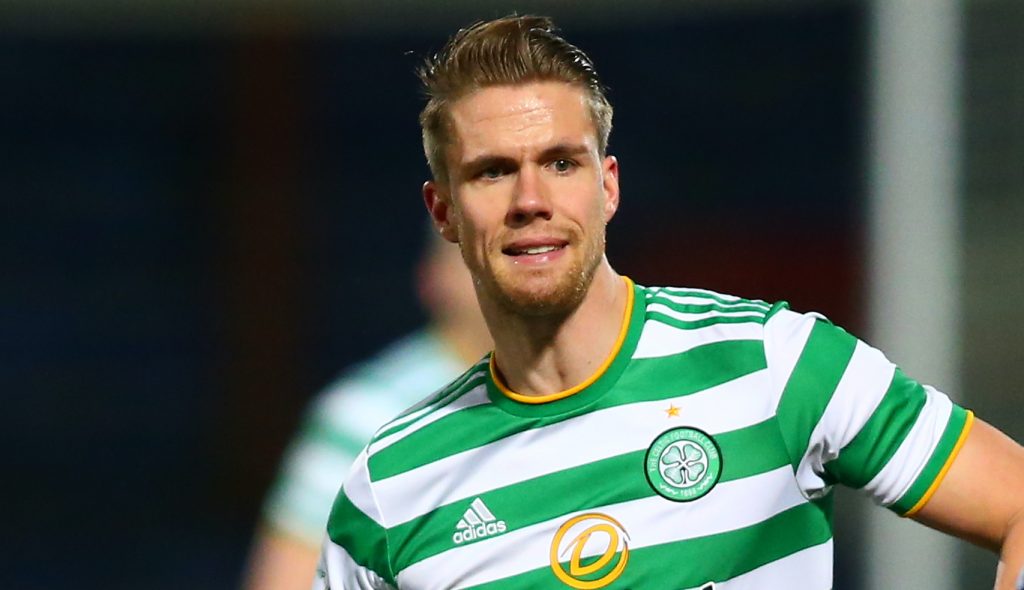 ON THE MOVE…Kristoffer Ajer has suffered in the defensive lapses.

“Celtic could have got £30million for Edouard a year ago. I doubt they’ll get that now given some of his performances this season.

“They could have got £15million for Ajer. Given his defending at set-pieces this season, they’ll do well to get that for him.

“Christie could have fetched close to £10million a year ago, I’d say. The boy can walk out of the stadium for nothing at the end of the year if he chooses. If Celtic get anything in the summer for him, it’ll be peanuts.

“The task of replacing these guys and others is a job which must surely be underway. Somebody must be doing it. It can’t just be floating. Can it?

“How that’s being done, how is doing it and who is going to be in charge of it all is what really matters to Celtic fans right now. Not the result of some dead rubber at Ibrox.”

Sutton, speaking to the Daily Record, added: “That fact could not be more emphatically proven than when the team walks out at Ibrox to face Rangers and it doesn’t matter one jot.

UP IN THE AIR…Ryan Christie could be swept out of Celtic for “peanuts”.

“They say there’s no such thing as a meaningless match between Celtic and Rangers.

“Well if that is the case, then this must be about as close as you can get to one.

“It might matter to Steven Gerrard’s team a bit because they are trying to go through the league season unbeaten.

“Please forgive me for not being enthusiastic, but there’s absolutely nothing for Celtic to gain from stopping it.

“Anyone caught celebrating that should be led away. If anything, that tells you how bad this season has been. An utter horror story.

“Being embarrassingly humiliated in the Europa League was bad.

“Getting knocked out before the quarter-final stages of both the Betfred and Scottish Cups was worse. 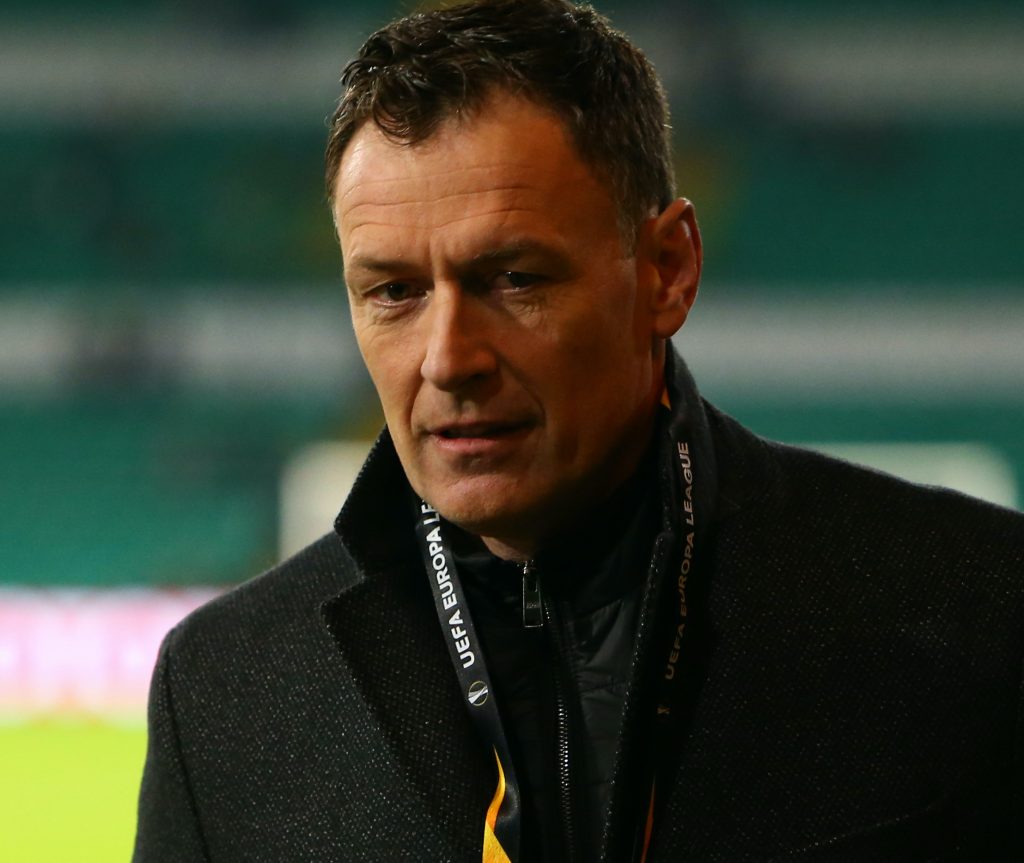 BLAMELESS…Chris Sutton refuses to point finger at Celtic after their massive gamble.

“And, most brutal of all, the fact that if they beat Rangers tomorrow, Celtic will still be 17 points behind Rangers in the table with the Ibrox team’s name already engraved on the trophy and flag halfway up the pole.

“It’s not just a league flag that’s halfway up the pole. So are the fans at Parkhead patiently waiting to get some answers on the future.

“You have to hope they are just waiting to get the final games out of the way before announcing No.1 choice Eddie Howe as the new gaffer to give him a clean slate and that he is already working away on his plans and squad ideas for next season.

“I would not be in the slightest bit surprised if that is happening because, in all honesty, Celtic surely can’t still be fiddling around trying to sort out a new manager.

“Surely it’s all been done in the background and it’s now just all about the timing of the announcement. If it’s not and they really are still on a manhunt, they are in even bigger trouble than I thought.”