CELTIC have raked in a whopping £96.5MILLION in transfer fees from English clubs in seven years.

The £25million received from Arsenal for Kieran Tierney pushed the astronomical figure to almost £100million – and that total is eclipsed if you add the £19.8million Lyon shelled out for Moussa Dembele this time last year.

Over the period, the Hoops have now sold an entire team plus a substitute to sides across the border with the previous highest fee coming in for Victor Wanyama at £13.5million from Southampton in July 2013. However, that is dwarfed by the eventual cash windfall that came the club’s way after they had sold Virgil Van Dijk to the same club for £13million in August 2015.

With the sell-on clause negotiated by chief executive Peter Lawwell, that figure soared by a further £7.5million when he moved to Liverpool in January 2018 for a-then world record fee for a defender of £75million.

For an initial outlay of just £15million, the eight-in-a-row champions have brought in £96.5million and can show a remarkable profit of £81.5million – an incredible top-up of £11.64million-per-year to the Parkhead coffers.

The smooth South Korean midfielder arrived in a £2.1million deal from FC Seoul in 2009 and was sold to Swansea for £6million in the summer of 2012. Won all the domestic honours while with the Hoops and picked up a surprise Football League Cup medal with the Welsh outfit in season 2012/13. Had a loan spell at Sunderland before returning to the Liberty Stadium in August 2014. He joined Newcastle in June 2018. 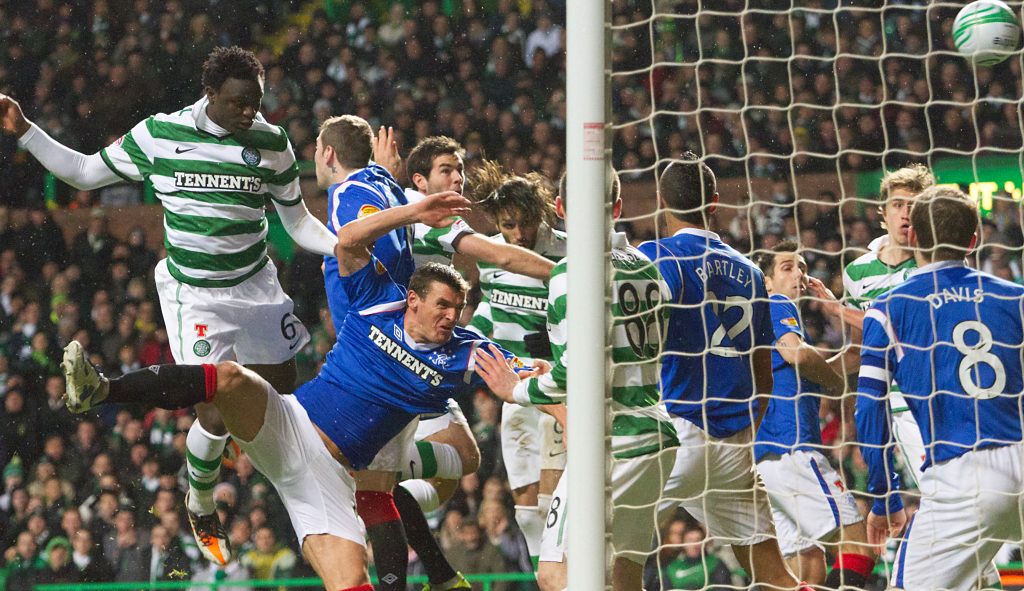 HEAD BHOY…Victor Wanyama in the thick of it in a Glasgow derby at Parkhead.

The powerful Kenyan was another massive favourite with the fans after arriving for a bargain £900,000 from Belgian side Beerschot in 2008. Celtic couldn’t resist when Southampton slapped in a bid of £13.5million four years ago. The Parkhead side picked up a further £1million as an add-on fee when he joined Spurs for £11.5million in 2016.

Scored 82 goals in 138 games after arriving from Scunthorpe for £2.4million in 2010. The Englishman made it clear he wanted to return home and he got his wish when Norwich City paid £5.5million for his services in the summer of 2013. Things didn’t go according to plan at Carrow Road and boss Alex Neil sold him to Sheffield Wednesday in January 2017 for £3million after the hitman’s initial three-month loan deal at Hillsborough.

The centre-half must rate as as one of the Hoops’ best-ever transfer deals. Neil Lennon signed his former Nottingham Forest team-mate on a pre-contract in January 2011 and he arrived at the start of the following season. His family failed to settle in Scotland and he returned to the City Ground in August 2013 with the Glasgow giants picking up a fee of £2.5million. The 30-year-old defender was signed by Alan Stubbs for Rotherham United on August 2 2016 after being released by Forest.

The Welsh international midfielder arrived on a Bosman from Cardiff City in 2010. Celtic cashed in before he came to the end of his contract and sold him to Crystal Palace for £800,000 during the January 2014 transfer window. As a free agent, he switched to Derby County originally on a short-term deal on on September 20 2017, but agreed an extension until the end of the 2018/19 season. 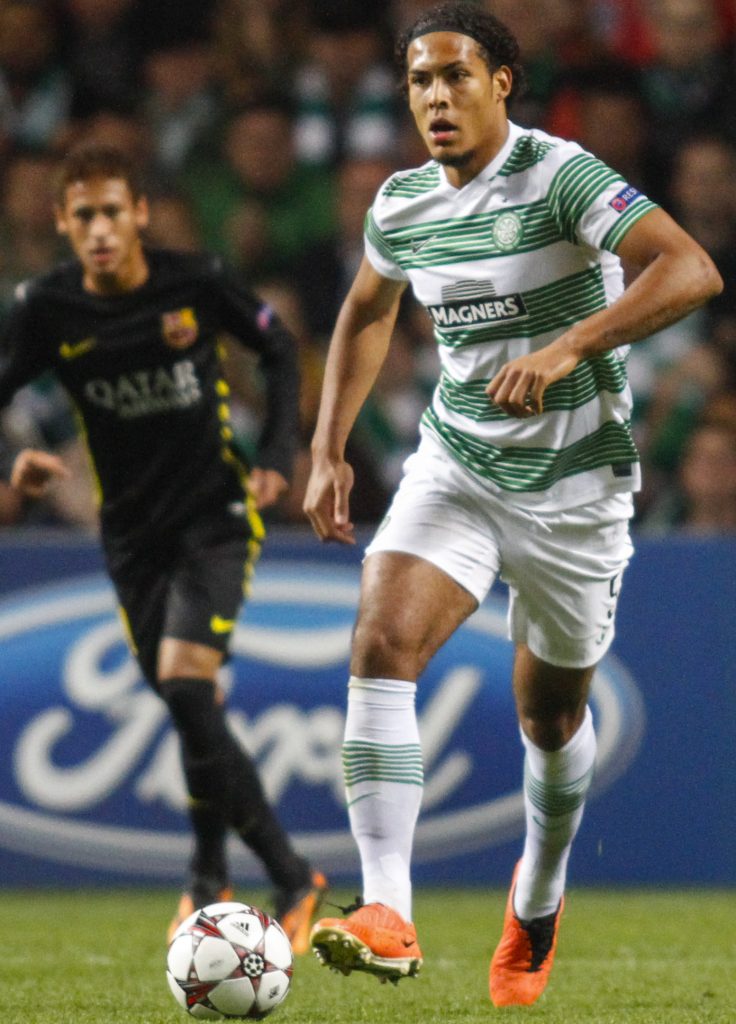 The 6ft 7in goalkeeper – known as ‘The Wall’ to the Barcelona players and support after his displays against them – cost £2million from Newcastle in 2012 after an original two-year loan spell. Earned two England caps while at Parkhead to boost his transfer value. Southampton splashed £10million on the shotstopper five years ago.

The Israeli midfielder, bought by Neil Lennon from Maccabi Haifa in July 2010 for £1.2million, failed to impress Ronny Deila and was sold to Brighton, then in the Championship, for £700,000 in January 2015. He is still a key man for the team in the top flight.

The attack-minded full-back agreed a pre-contract offer in February 2011 and arrived from Cardiff City for free in the summer. With the arrival of Saidy Janko from Manchester United in the summer of 2015, Deila had a surplus of right-sided defenders with Mikael Lustig and Darnell Fisher also competing for the No.2 shirt. Dick Advocaat’s £2million bid to take him to Sunderland was too good to knock back. Unfortunately, the Welsh international played only two first team games at the Wearside outfit and David Moyes allowed the 24-year-old defender to move on a season-long loan to Bristol City in July 2016. He returned to the troubled Stadium of Light outfit who are now in the English third tier two seasons ago. 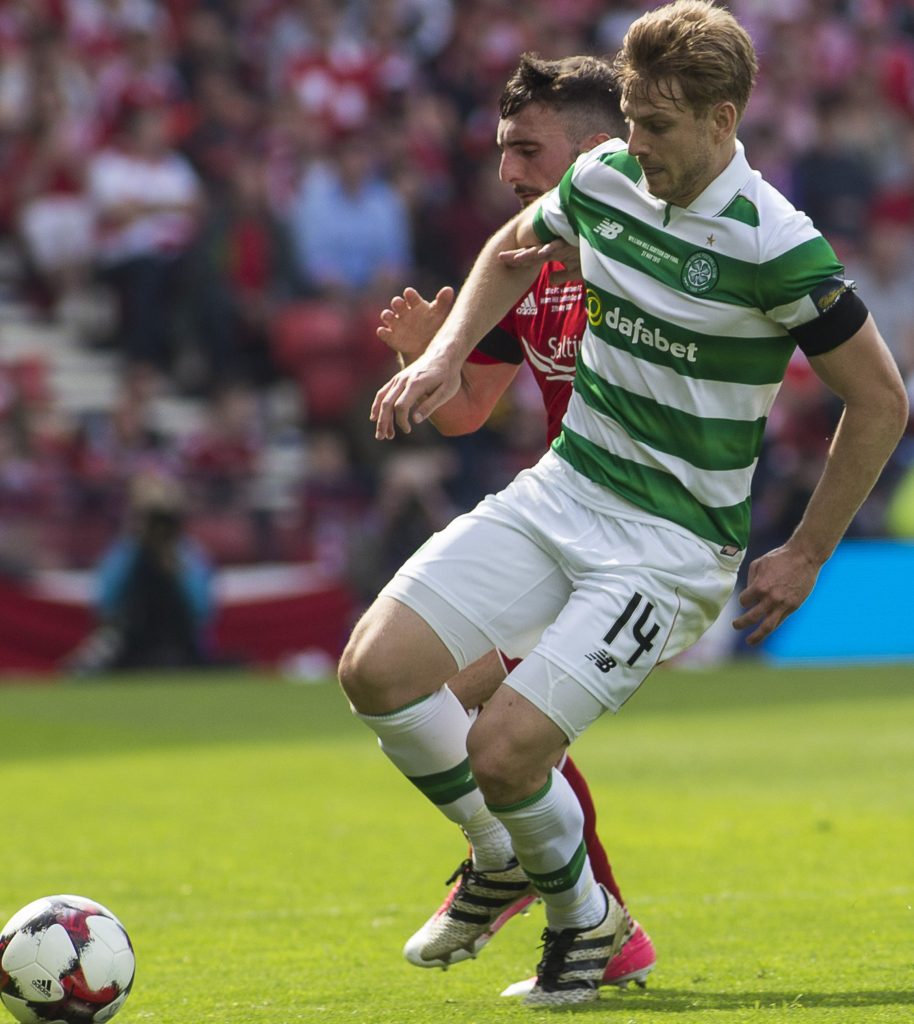 The cultured Dutch defender, a £2.6million signing by Neil Lennon from Groningen in July 2013, joined up with former team-mates Fraser Forster and Victor Wanyama at Southampton in a £13million deal in September 2015. Ronald Koeman, then the manager at the St Mary’s outfit, had his fellow-countryman in his sights after taking over the club in the summer of 2014. Jurgen Klopp splashed an amazing £75million to take him to Anfield in January 2018- and the Hoops raked in an extra £7.5million.

The Norwegian international midfielder arrived on a £2million transfer from Deila’s former club Stromsgodset in January 2014 and the Hoops recouped that sum when they sold him to Fulham in August 2016. Brendan Rodgers cashed in with the 25-year-old player prepared to run down his contract which was due to expire the following summer.

The 27-year-old playmaker, who made his Scotland international debut in the 1-0 win over Slovenia in March 2017, arrived at Parkhead in a £2million joint deal with Dundee United team-mate Gary Mackay-Steven on the last day of the January 2015 transfer deadline. Armstrong was valued at £1.8million in the move with Mackay a free agent in the summer. Going into the last season of his contract, the Hoops decided to cash in rather than see him walk away for free.

The most expensive Scottish player in history after his record-breaking deadline day transfer to Arsenal. The 22-year-old Scotland international left-back became a fans’ favourite after almost four years in the first team. His deal nudged Celtic’s transfer bonanza towards the magical £100million mark. 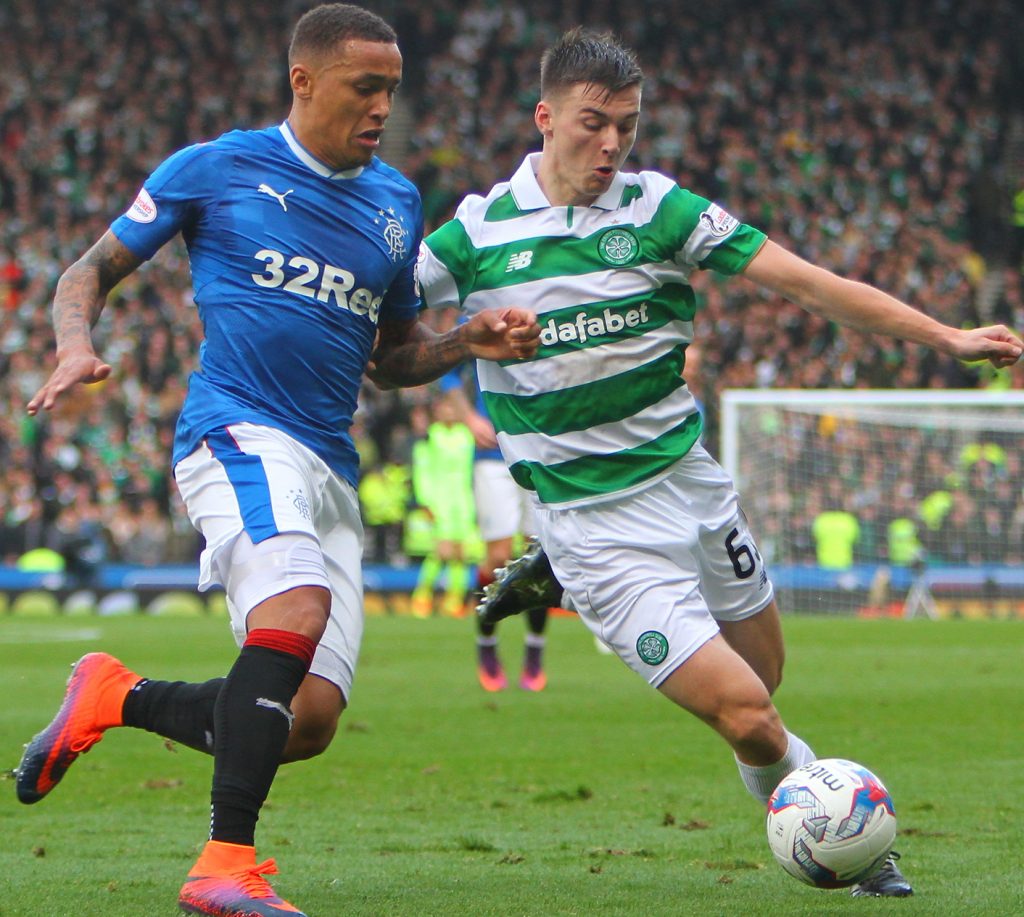 CRUNCH…Kieran Tierney in a battle for possession with James Tavernier.