NEIL LENNON has revealed he held a clear-the -air summit with his players as he prepared for today’s High Noon clash with Motherwell at Fir Park.

The Celtic boss was fuming at his team after their lamentable and inexcusable performance in the 4-1 flop against Sparta Prague at Parkhead on Thursday night that almost certainly blew any hopes of progress in the Europa League to smithereens.

The under-strength Czech Republic side, who were without seven first-teamers due to injuries and coronavirus-related issues, ran amok in the east end of Glasgow and piled the misery on a hapless defence that has now conceded 14 goals in six outings with only one clean sheet during the awful sequence.

Lennon had a sitdown with his players at Lennoxtown yesterday where they were forced to watch a rerun of the miserable 90-plus minutes against a Sparta team that also hit the woodwork twice in a display that shamed the home side.

The Hoops gaffer, speaking to the Sunday Mail, admitted: “We had a meeting and went through the game again, which is something I haven’t done for a long, long time.

“I wanted them to see it. We got a few points across that we wanted to make. We have to show a much better attitude and apply ourselves a lot better in games because the level of performance on Thursday was unacceptable. 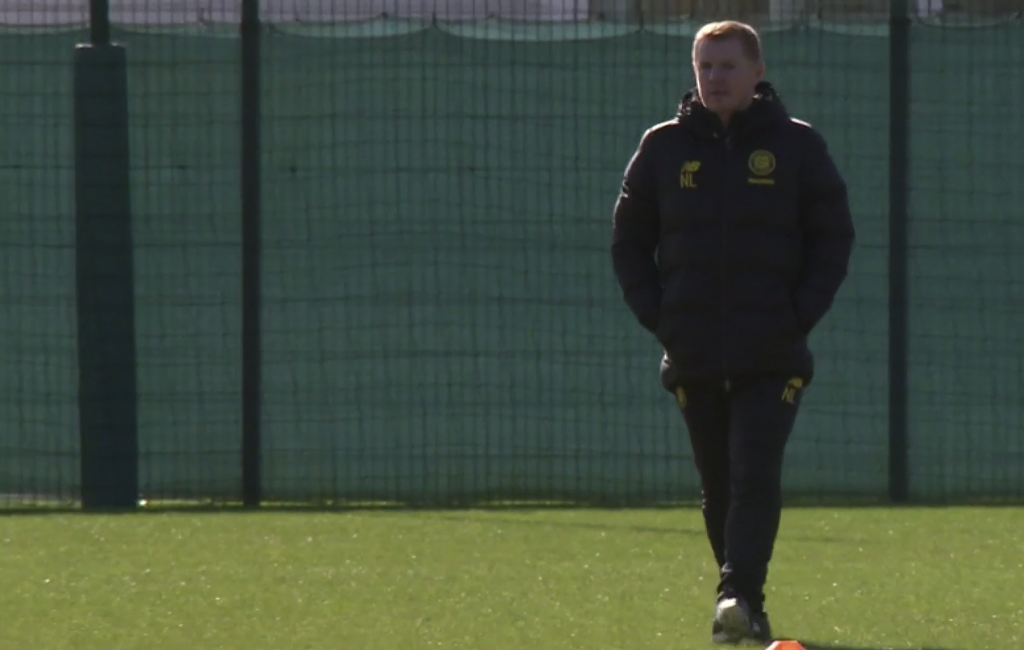 ALONE WITH HIS THOUGHTS…Neil Lennon at Lennoxtown this week.

“We went through the game and then at the end the players had their say, too. They are clear now on what is required.

“I sensed I’ll get the response I’m looking for. I know what I’ve got in there. We’ve got to stay on point. We had a great season last year – and we have plateaued a bit.

“But there is more to come from this team and, hopefully, that will start at Motherwell.

“We need to get our consistency back, whether it be from a physical playing point of view or mentally, switching back on. We have lost concentration at times.”

Scott Bain has been beaten nine times in his four games since taking over from £4.5million Vasilis Barkas, but is likely to start against Stephen Robinson’s side today.

The Greek international No.1, who became the club’s most expensive keeper when he joined from AEK Athens in the summer, has failed to impress and was clearly shaky in the losses to the Ibrox side and AC Milan in back-to-back confrontations at home where he lost five goals.

The big-money shotstopper will be on the substitutes’ bench in Lanarkshire and Lennon added: “He is fit and settling in quite well, but Scott is not doing a lot wrong to warrant being left out of the team.

“Vasilis is working away in the background to get up to the form we know he can show.”

* DON’T miss the unbeatable match report from Motherwell v Celtic this afternoon – only in your champion CQN.