The Hoops were unhappy at the match official’s handling of a flashpoint incident during a Premiership meeting between the teams at Parkhead last month.

Perth striker Chris Kane clearly pushed Cameron Carter-Vickers in the face – as CQN’s images conclusively proved – after appearing to have two kicks at the ball which was stuck under the central defender’s body. 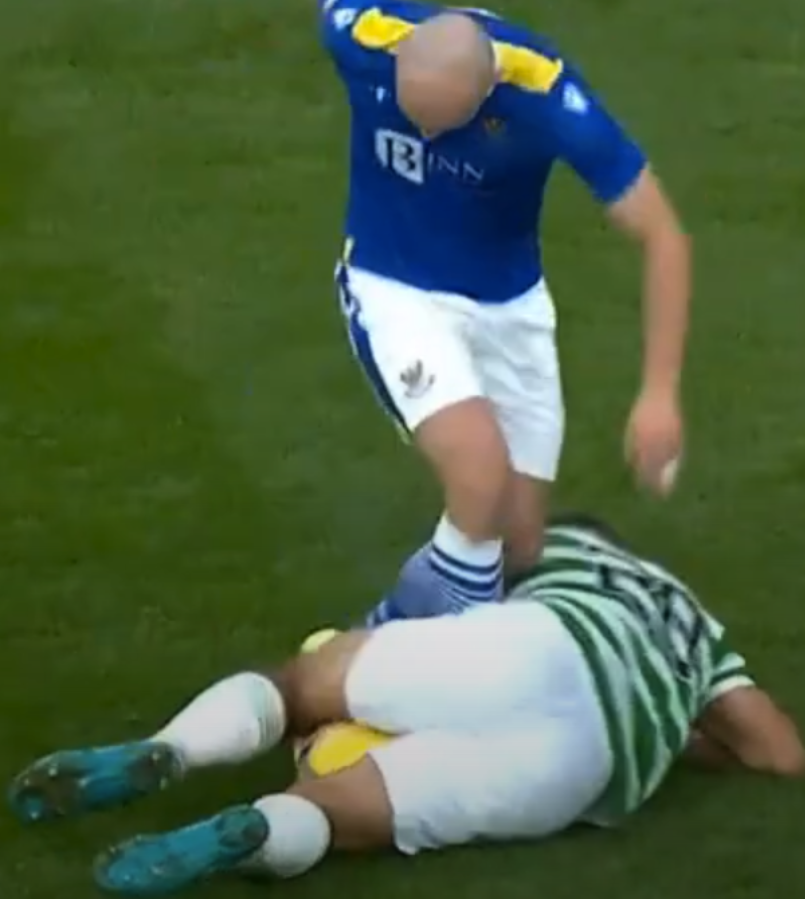 GROUNDED…Cameron Carter-Vickers is on the receiving end as St Johnstone striker Chris Kane kicks out at the ball. 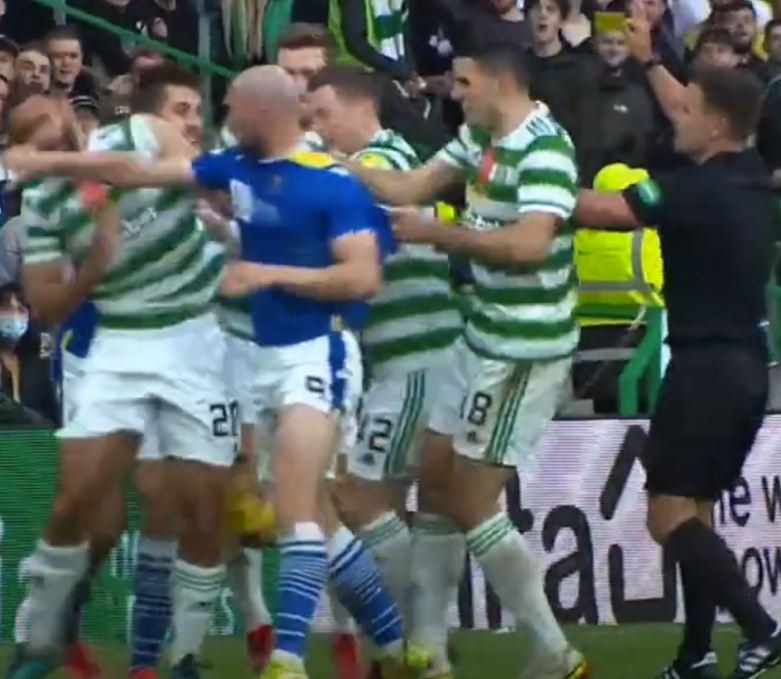 FLASHPOINT…Kane is caught on camera raising a fist to Carter-Vickers, but referee Nick Walsh, with a good view, is satisfied to issue a mere yellow card – to BOTH players.

The photos show Walsh got a good view of the rumpus, but the Saints forward astonishing escaped a straight red card and was merely booked. .

Equally ludicrous was the booking for the on-loan Spurs man for his unwitting and unwilling part in the melee.

Thankfully, the blow-up did not interfere with Ange Postecoglou’s men’s concentration as the team won 2-0.

When asked during the Q&A section of the AGM about officials, Bankier told club shareholders: “That is a source of deep concern. But we don’t run the SFA.

“You can’t expect us with a flick of the wrist tell the SFA what to do and what not to do.” 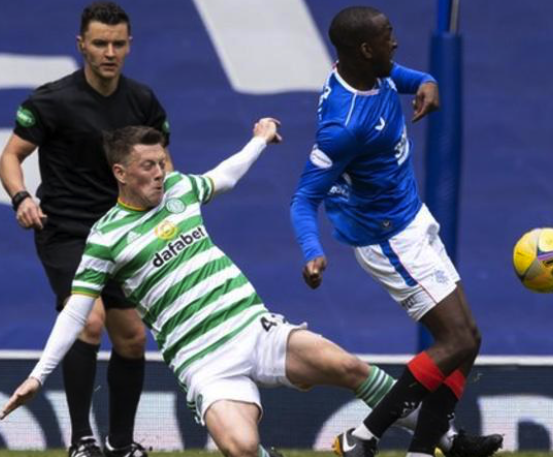 RED MIST…Nick Walsh watches Callum McGregor challenge Glen Kamara in the incident that saw the Celtic skipper banished at Ibrox in May.

Walsh marked his first Glasgow derby appointment at Ibrox in May by flashing a red card at Hoops midfielder Callum McGregor in the build-up to the opening goal.

Ten-man Celtic went on to lose 4-1 after playing without their captain for over two-thirds of the contest.