CELTIC have been told they will kick off at 2.15pm when they face Hearts in the delayed Scottish Cup Final at Hampden on Sunday December 20.

The game has been brought forward 45 minutes from the traditional 3pm start and will be broadcast live by the BBC and Premier Sports, according to the Daily Record.

Scotland’s national competition was forced into a seventh-month limbo due to the coronavirus pandemic with the original date in May put back until five days before Christmas.

Neil Lennon’s side will go into the action replay of the 2019 grand finale against the Edinburgh outfit looking for the same outcome of 18 months ago when they rallied from going a goal behind shortly after the interval to a Ryan Edwards strike to win 2-1 with a double salvo from Odsonne Edouard.

The triumph was the Hoops’ third successive celebration in the Scottish Cup Final with the victories being highlighted in the Celtic: Treble Treble publication. 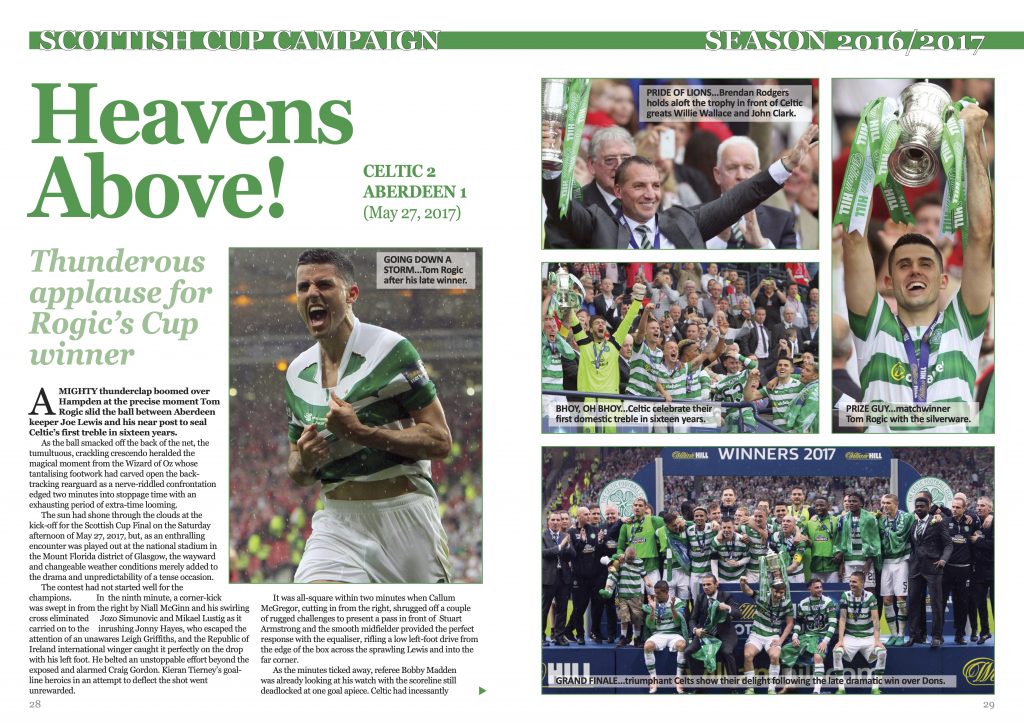 An unforgettable last-gasp winner from Tom Rogic got the ball rolling when he bamboozled the Aberdeen defence to slide Celtic’s second goal behind Joe Lewis during a dramatic encounter on May 27 2017.

Johnny Hayes, the ex-Celt who rejoined the Pittodrie side in the summer after three years at Parkhead, shocked Brendan Rodgers’ team with the opening goal. However, Stuart Armstrong replied in quickfire fashion before the Wizard of Oz took centre stage in the fading moments.

A year later, strikes from Callum McGregor and Olivier Ntcham downed Motherwell 2-0 and then came Edouard’s twosome to overcome the Gorgie men to help Celtic to their ninth consecutive domestic honour.

Now Neil Lennon’s men are going for the phenomenal quadruple treble when they meet at the national stadium on December 20 with the early kick-off.