CELTIC could be offered the chance for revenge when the draw for the Champions League third qualifying round is made in Nyon tomorrow morning.

Maribor are one of the teams Neil Lennon’s men could face and the Slovenians will be remembered for all the wrong reasons by the Hoops support.

They ended Ronny Deila’s hopes of a breakthrough to the money-spinning group stages in his debut campaign in 2014 when they won 1-0 in Glasgow after drawing 1-1 in the first leg of the play-off encounter where Callum McGregor claimed a crucial away goal. All the good work was undone when visiting skipper Marcos Tavares sent a looping shot over Craig Gordon 15 minutes from time after some dreadful defending.

The champions were expected to finish the job in front of their own fans, but a team with last season’s Champions League winner Virgil van Dijk at centre-half, surrendered meekly and toppled out Europe’s elite competition.

Maribor are among the potential opponents for Scotland’s title kings – if, of course, Lennon’s side avoid the potential banana skin of Estonia’s Nomme Kalju in the second qualifying round and the Slovenians do likewise against AIK Stockholm. 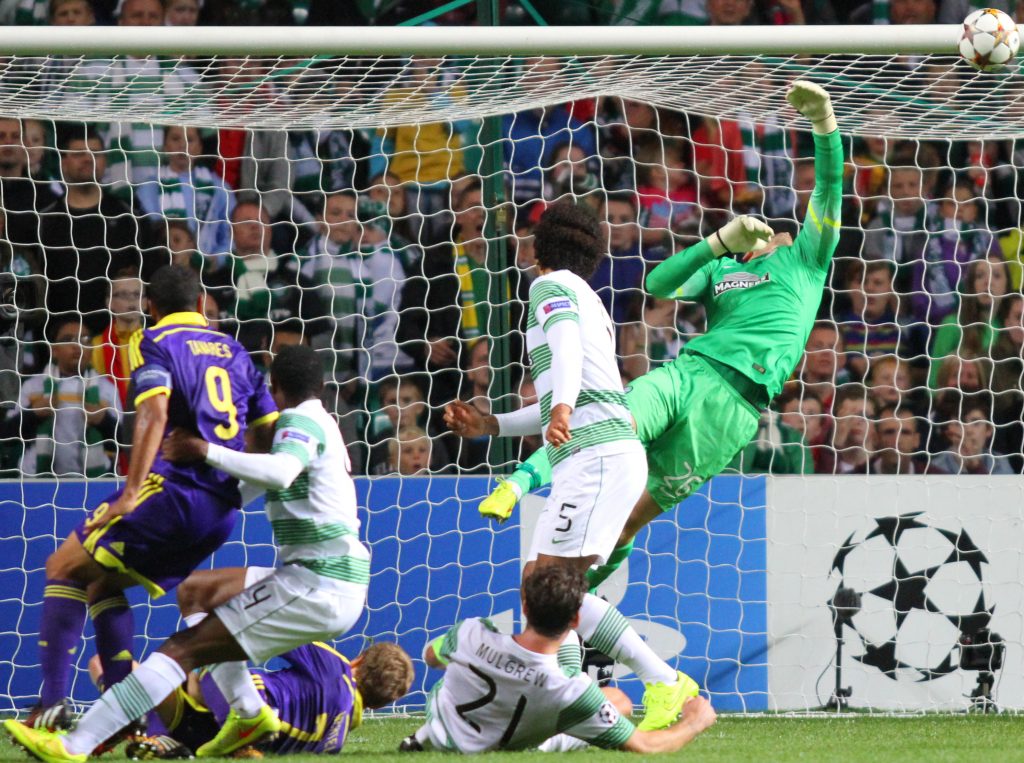 SHOCKER…Craig Gordon is helpless as Marcos Tavares scores Maribor’s winner at Parkhead in 2014.

Parkhead bosses will be in Switzerland tomorrow for the ballot. As well as Maribor and AIK, the Hoops could come up against Greek champions PAOK, the top unseeded side in Celtic’s group.

Azerbaijan’s Qarabag are also old foes and they face a second qualifier against Dundalk while the winners of Serbia’s Crvena Zvezda and HJK Helsinki would provide a stern test as would Maccabi Tel Aviv or CFR Cluj.

Among the lowest ranked unseeded teams are Malta’s Valetta and Hungarians Ferencvaros.