CELTIC’S Europa League rivals Zenit St Petersburg have been fined £26,500 by UEFA for their fans’ misbehaviour in Spain last month.

The Russian side were charged by European football’s governing body after unruly scenes during their Europa League clash at Real Sociedad.

And UEFA have ordered them to also repay the San Sebastian club for the damage to their Anoeta Stadium. 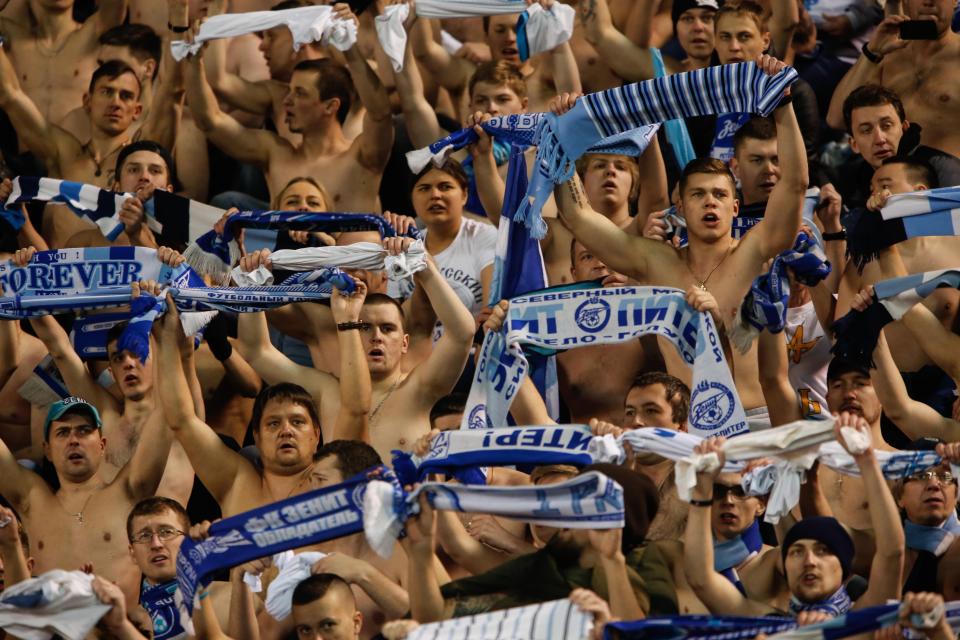 Zenit were fined for: “Acts of damages; Setting off of fireworks; Throwing of objects and Lack of order inside the stadium”.

UEFA had already sanctioned Roberto Mancini’s club with a partial closure of their Krestovsky Stadium for the return leg with the Hoops next month following the display of a banner calling war criminal Ratko Mladic a “hero” during their group stage clash with Macedonian side FK Vardar.

The Russians have also announced they will take up their full supporters’ allocation of 815 for the first leg tie at Celtic Park on February 15.

The second leg will be played seven days later.