CELTIC are heading to the Far East next year as they consolidate their Japanese connection, a move first mooted by CQN last week.

Ange Postecoglou has swooped on the J-League four times since arriving as Hoops manager from Yokomhama F Marinos in June last year.

Kyogo Furuhashi was first to join up a year ago in a £4.6million four-year switch from Vissel Kobe and the Hoops gaffer lined up a triple swoop at the turn of the year for attacker Daizen Maeda, £2million from the manager’s former club, and midfielders Reo Hatate, from Kawasaki Frontale, and Yosuke Ideguchi, from Gamba Osaka, at a reported joint fee of around the £4million region. 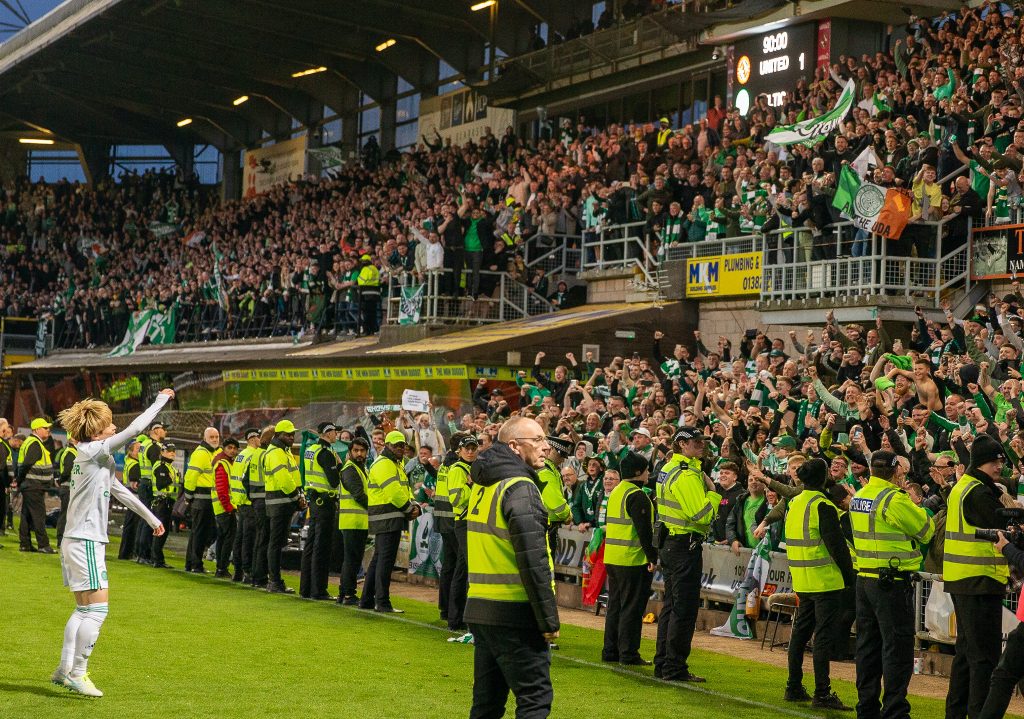 FANS’ FAVOURITE…Kyogo Furuhashi celebrates with the Celtic fans at Tannadice after the 1-1 draw with Dundee United on May 11 which secured the title.

Now it’s being reported by Japanese media outlet Sponichi that the plans are well down the line for the champions to jet to the Land of the Rising Sun with one game arranged against Yokohama and another presently being arranged.

The Premiership season runs to May 28 next year with the Scottish Cup Final due on June 3. The Asian Cup is scheduled for June 16 to July 16. Japan have already qualified and the tournament is earmarked for South Korea.

Celtic last made a whirlwind visit to Japan in August 2006 to take part in a friendly as a tribute to fans’ favourite Shunsuke Nakamura and lost 3-0 to the Marinos.