Celtic Quick News on News Now
You are at:Home»Latest News»CELTIC’S LAST-GASP PLEA TO BROONY: ‘THEY WERE DESPERATE TO KEEP HIM’
By CQN Magazine on 16th April 2021 Latest News

CELTIC made an emergency last-gasp phone call to Scott Brown in an effort to keep him at Parkhead.

New Aberdeen boss Stephen Glass revealed the attempted late intervention from the Hoops on the day the club’s inspirational skipper agreed a two-year contract at Pittodrie.

Brown had been lured from Glasgow with the promise of a player/coaching role and also the opportunity to team up with his former Hibs colleague and pal in the north east.

Gordon Strachan paid £4.4million to bring the powerhouse midfielder to Celtic in 2007 from the Easter Road outfit and, after winning 22 honours during his glittering career at the club, it was hoped he would sign an extension to bring stability to Parkhead with a summer of upheaval looming. 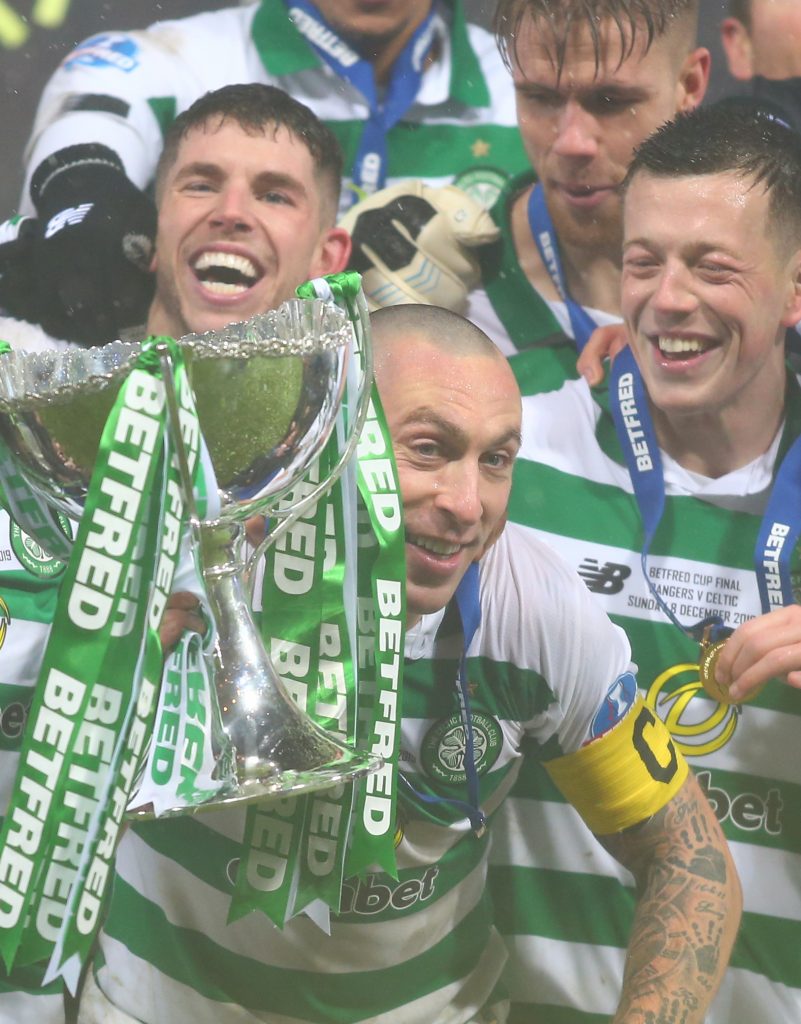 However, Brown, who will be 36 in June, stunned the Hoops hierarchy by moving to Dons where he will  join Glass and his new assistant Allan Russell as part of the new-look management team.

The new Pittodrie boss said: “Since I got back, the enormity probably sunk when the announcement the club was going to sign Scott happened.

“I knew the club was enormous, but the news that Scott was going to join us is huge. The fact he wants to come shows me how big the club is.

“When I got offered the job, the next step was to get Scott Brown done.

“What Mr (Peter) Lawwell came out and said showed how important Scott is to us and to Celtic.

“The fact that Mr Lawwell said they tried desperately to keep Scott Brown says everything about Scott Brown.

“I know for a fact they did on the last day he was up here signing his pre-contract. They were desperate to keep him and there were people trying to convince him not to come.

“I believe I had provided everything that I could. He’s not here for the money. He’s here for the opportunity, for trust and the environment he’s going to be working in.” 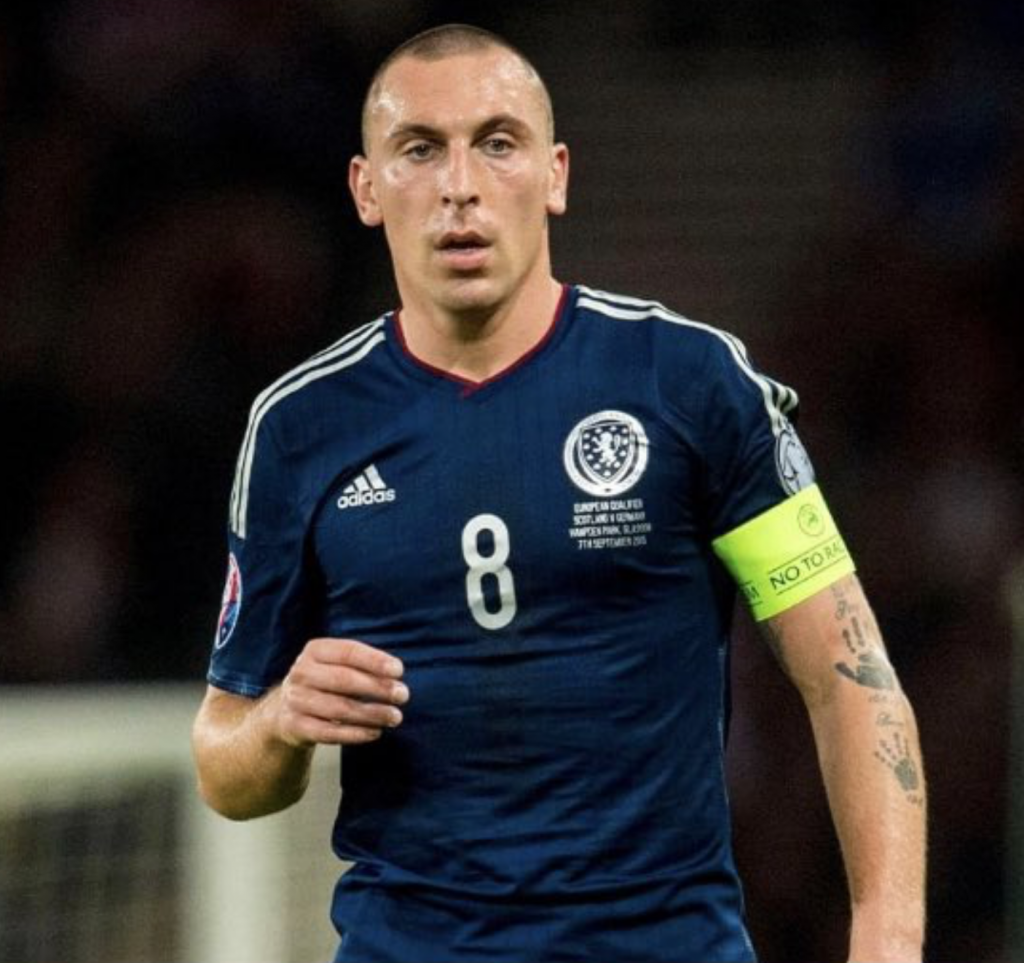 IN THE DARK BLUE…Scott Brown as the onfield leader of Scotland.

Glass, speaking to the Daily Record, added: “In the last 15 years, if you wanted to play beside Scott Brown you had to be Celtic or a Scotland player — and that’s a huge level.

“If you want to play beside Scott Brown next year, then you’ve got an opportunity at Aberdeen so I do believe he will attract players.

”In terms of the actual playing side, take away everything else, the player we are getting in Scott Brown is incredible.

“You see him playing now and he looks like he can play until he is 40. That is probably the next job, convincing him he can.

“Having him be part of this carries a lot of weight.