CELTIC will aim to end a horror sequence of results when they take on Jablonec in the Europa League qualifier in the Czech Republic today with a 4.45pm kick-off.

The Hoops have not won away from home since February 14 – EIGHT games and almost SIX MONTHS ago!

The awful sequence of inexplicable losses and draws, ranging from Dingwall to Denmark, reads like an x-certificate tale of woe.

The team that came back from a Sean Rooney opener to win 2-1 over St Johnstone at McDiarmid Park on Valentine’s Day was the last to taste success on the road and it contained FIVE players who are no longer at Parkhead. 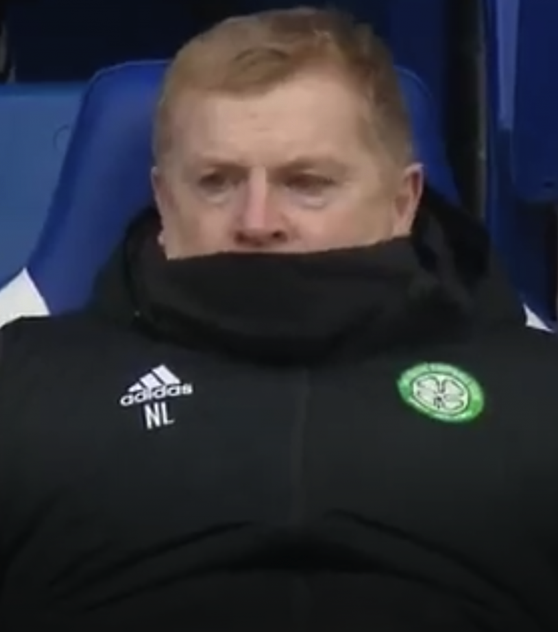 THE END IS NIGH…Neil Lennon plays peek-aa-boo as he watches Celtic in Perth.

There has also been a change of manager and club captain since that far-off victory in Perth.

Neil Lennon was in charge of the side for just one more game – the 1-0 loss to relegation-threatened Ross County in the Highlands a week later – before he departed on February 23.

Thirty-five-year-old Scott Brown left at the end of his contract to reunite with his former Hibs team-mate and long-time friend Stephen Glass at Aberdeen while loanees Jonjoe Kenny (Everton), Shane Duffy (Brighton) and Mohamed Elyounoussi (Southampton) returned to their parent clubs in the summer. 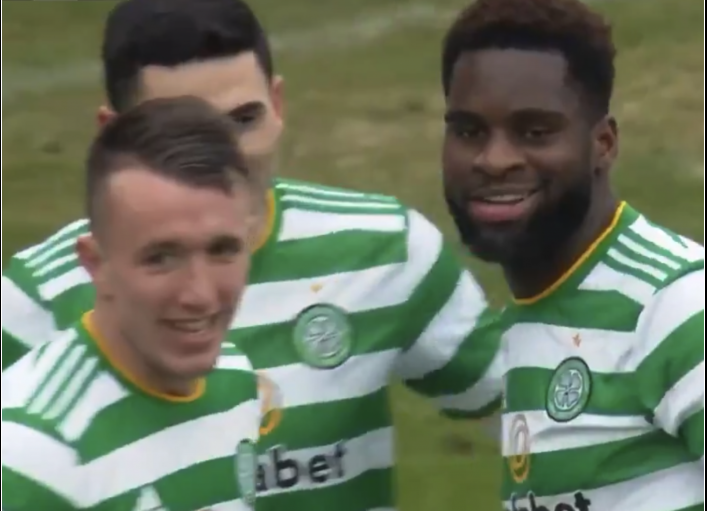 HAPPY AWAY DAZE…Odsonne Edouard is congratulated by David Turnbull and Tom Rogic after his winning goal against St Johnstone.

Odsonne Edouard was the hero the last time he and his colleagues picked up a win bonus on their travels. The French ace, who has yet to open his account this term after three competitive outings, claimed both goals as the visitors came back to take the points.