CELTIC have urged the supporters to rally round as they prepare to make even more history in the new season.

The Premiership 2020/21 campaign is due to kick off on August 1 and the players are returning to open-air training at Lennoxtown on Thursday.

Neil Lennon and his players are gearing up for a tilt at the unprecedented 10 successive titles, a decade of domination in the domestic game.

There also the possibility of a phenomenal quadruple treble when the Scottish Cup gets underway after the previous season was forced into lockdown due to the coronavirus pandemic.

The holders were due to play Aberdeen in the semi-final at Hampden on Easter Sunday before football went into cold storage. The SFA have promised the competition will be resumed and a win for Lennon’s men over the Dons would see them face either Hibs or newly-relegated Hearts in the silverware showdown. 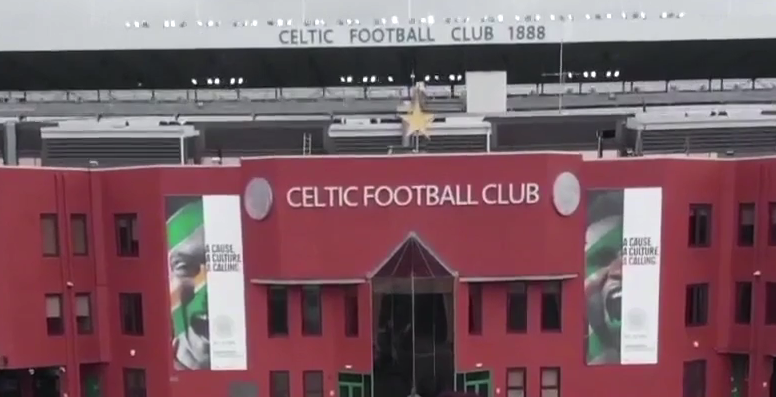 PARADISE BECKONS…Celtic are preparing for 10 in a row.

The Hoops are looking for the fans to yet again play the role of the twelfth man as they attempt to achieve a feat even outwith the legendary Jock Stein and his great Celtic team of 1966/74 who swept up nine championships, but could not get into magical double figures.

A club statement read: “We have done everything over the past number of years to give you a club you can be proud of. We have worked tirelessly, done all our talking on the pitch and delivered when it mattered, time and time again for you, our supporters. The result has been a period of sustained success like no other in the Club’s history.

“It has taken effort, talent, ambition, determination, courage and togetherness – these characteristics and the great institution that is Celtic, bind us together and now it is time to join forces again as we go for the 10.

“We are about to embark on one of the most exciting seasons in our history, with the Scottish Premiership likely to return to action on Saturday, August 1, with the initial league games kicking off behind closed doors.

“We are doing all we can to achieve 10 in a row and more – it means everything, but your support is crucial in making this a reality and that starts right now. We are asking you to join us by renewing your Season Ticket, before the deadline on Tuesday, June 30. 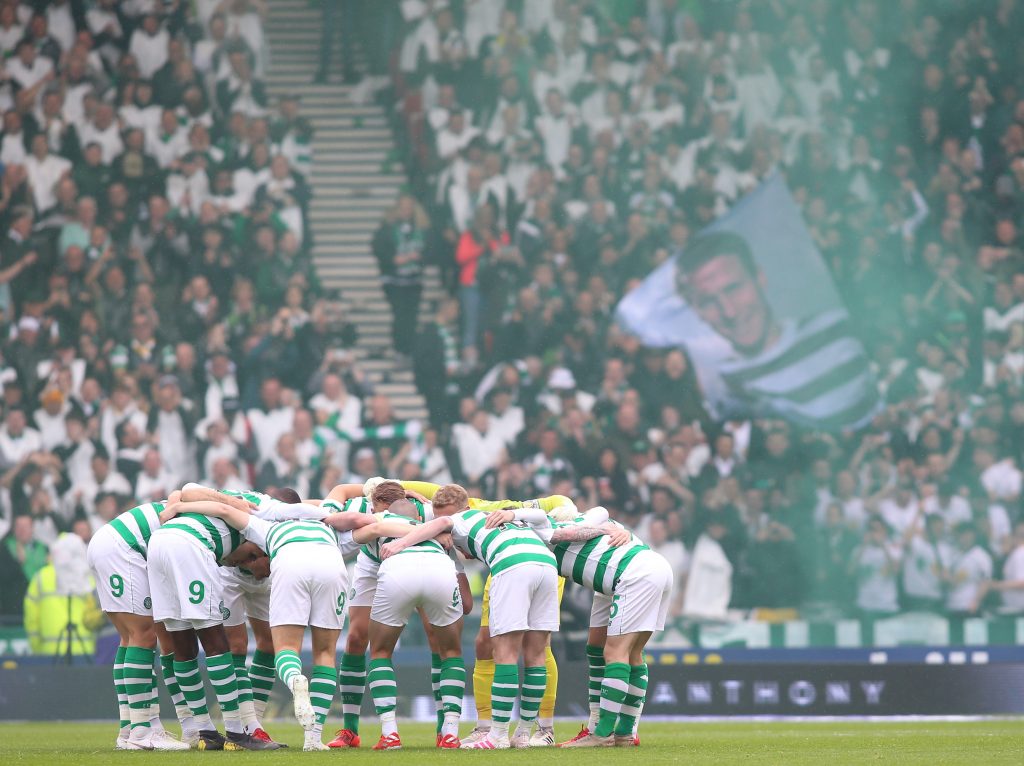 IN THE SHADOW OF CAESAR…the Celtic players go through the huddle routine before last season’s Scottish Cup Final against Hearts on May 25 2019. A giant flag of legendary skipper Billy McNeill provides the inspiration.

“These are uncertain times for everyone and Celtic is in no way immune to these serious difficulties. We face huge challenges and we thank you for supporting us during this unprecedented period.

“We all want to be back together at Celtic Park. We are working in circumstances completely outwith our control but are liaising closely with the Government and the SPFL to bring you back to Celtic Park sooner rather than later. We are making progress on this and it is our top priority.

“Until then, we have secured specific broadcast rights from the SPFL and SKY in order to provide all 2020/21 Season Ticket holders with an exclusive Online Pass to Paradise through the addition of a Virtual Services element to your Season Ticket.

“This will be an online platform built for our Season Ticket holders, to ensure you don’t miss a minute of the action from Celtic Park as you watch the champions safely from home whilst you cannot attend the match in person due to closed door or reduced capacity restrictions.

“As announced at the weekend, we have invested in a new service, engaging with highly-rated production company Sunset+Vine as we look ahead to bring you high quality, first-class sports coverage.

“To be clear, any matches which you cannot attend in person because of closed door or reduced capacity restrictions will be included in the Virtual Services element of your Season Ticket.

“Each Season Ticket holder will access this platform through a unique login that will be provided before the season begins.

“Our commitment to you will always be to provide you with quality and value in everything we do. Our record of success and achievement stands as testament to delivering on this promise and once again, as ever, this will be our aim. In return, we are asking you to back the team now, and trust that we will deliver additional value to you throughout the season.

“During these uncertain times the club has worked hard to help our communities, our supporters and the hundreds of staff in our employment. We will always do all we can to repay your faith in us and give you a club you can be proud of.

“The road to 10 in a row may start at home, but we want you to be here for all the act10n as the champions set out to deliver yet another, once in a generation achievement.

“With just over three weeks to go before the deadline, time is now running out to renew your season ticket and to ensure you take your seat in Paradise.

Visit CELTICSEASONTICKET.CO.UK to renew online now before the deadline on Tuesday, June 30