Celtic Quick News on News Now
You are at:Home»Latest News»CELTIC’S REMARKABLE 27 TRANSFER DEALS WORTH £62.6m IN A YEAR
By CQN Magazine on 3rd September 2019 Latest News

CELTIC have been involved in a remarkable TWENTY-SEVEN transfer deals totalling a staggering £62.6million in a frantic year.

Neil Lennon has spent around  £13.8million in bringing in ELEVEN recruits this summer during his squad rebuild.

The Hoops boss has undergone a hectic couple of months in the transfer market as he moved to find successors for the likes of Kieran Tierney, who quit in a record-breaking £25million move to Arsenal, plus Mikael Lustig, Dedryck Boyata and Emilio Izaguirre who left at the end of their contracts.

In total, THIRTEEN players who featured in the treble treble campaign had to be replaced. 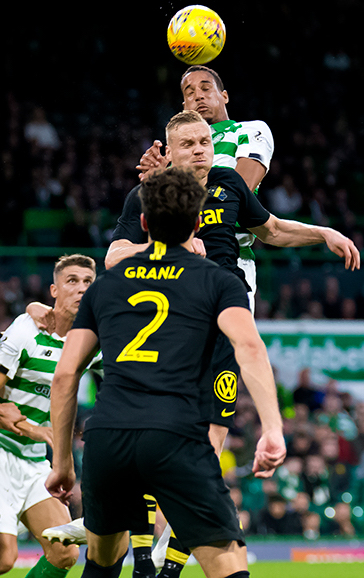 Lennon recognised defence was a priority and his first major signing was the £7million swoop for centre-half Christopher Jullien, from French side Toulouse, in June.

Left-back Boli Bolingoli arrived in a £3million switch from Rapid Vienna in the same month while Republic of Ireland midfielder Luca Connell also joined in a cut-price £350,000 from Bolton.

A month later, Israeli right-back Hatem Abd Elhamed moved to the eight in a row champions in a £1.2million deal from Hapoel Be’er Sheva. 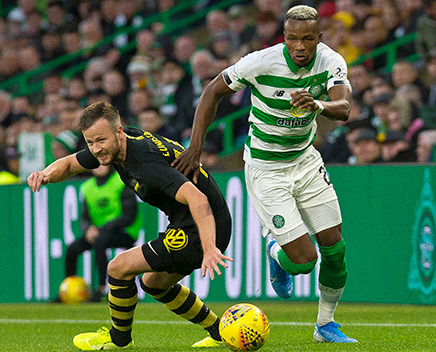 Lennon worked overtime in August as he brought in Irish kid striker Jonathan Afolabi who had rejected an extension contract offer from Southampton.

The Irishman returned to the south coast club to negotiate a season-long loan for former Hoops favourite Fraser Forster after Scott Bain’s hand injury left him with only Craig Gordon as his experienced shotstopper.

And it was a hat-trick when the Hoops chief went back to Southampton to arrange another temporary transfer of Moroccan-born Danish international forward Mohamed Elyounoussi. A couple of days before that signing, Austrian right-back Moritz Bauer arrived on another long-term deal from Stoke City. 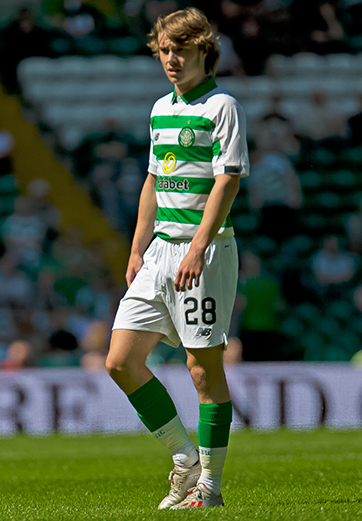 ONE FOR THE FUTURE…Irish kid Luca Connell.

And as the midnight deadline loomed, the summer saga concerning Scotland international left-back Greg Taylor came to a halt when he arrived from Kilmarnock for an undisclosed fee believed to be in the region of £2.25million.

And, with the clock ticking, Lennon fixed up bright teenagers Jeremie Frimpong, from Manchester City, and Manchester United’s Lee O’Connor, both versatile defenders, on four-year contracts.

The beat-the-clock signing of Irish youngster O’Connor just before the window closed took Celtic’s activity in the transfer market to an incredible 27 major moves in 12 months.

Moussa Dembele, after only six appearances, was the first of the top team squad to leave on the last day of the August cut-off in 2018 when he joined Lyon in a £19.8million move. 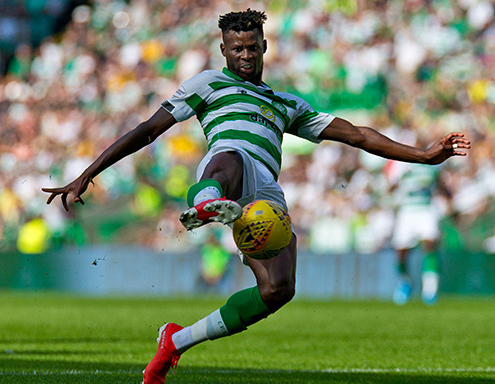 POWERHOUSE…Vakoun Issouf Bayo fires in a shot against Hearts.

His transfer fee was eclipsed by Tierney’s move to the Gunners before the Premier League’s signing close-down last month.

Boyata agreed a switch to Bundesliga mid-table outfit Hertha Berlin, Lustig went to Belgian side Gent, Izaguirre returned to Honduras and Scott Allan rejoined Hibs for a third spell after his pre-contract agreement in January. 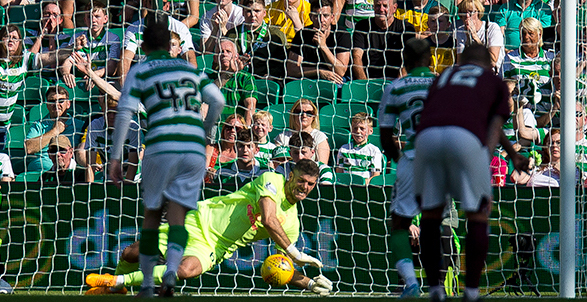 WELCOME BACK…Fraser Forster in action on his comeback against Hearts.

Cristian Gamboa moved to German second-tier side VfL Bochum last week and veteran Dutch keeper Dorus De Vries, who was on the substitutes’ bench as back-up to Bain in the run-in to the unprecedented campaign, retired from playing in June and will now concentrate on coaching. 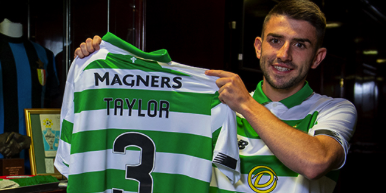 GETTING SHIRTY…Greg Taylor with his new No.3 jersey.

The Irishman will also be able to call on the services of January signings Vakoun Issouf Bayo and Marian Shved, who cost £2million each, in this campaign. The Ivorian striker played a total of five minutes as a substitute in the 1-0 win over Kilmarnock at Rugby Park in February before being injured and sidelined for the remainder.

The winger returned to his Ukrainian club to complete their term and scored his first goal for the Bhoys in their 2-0 success over Nomme Kalju in the Champions League qualifier in July.

The transfer merry-go-round took its last spin of the summer last night – and then it all kicks off again in January.