Celtic Quick News on News Now
You are at:Home»Football Matters»CELTIC’S RUSSIAN HEROES: WHERE ARE THEY NOW?
By CQN Magazine on 22nd February 2018 Football Matters

ONLY three players remain from the 13 used by Neil Lennon in Celtic’s historic 3-2 triumph over Spartak Moscow in Russia on October 2, 2012.

Skipper Scott Brown, defender Mikael Lustig and winger James Forrest are the survivors from the side that won its first-ever away game in the Champions League group stages.

It was the Parkhead side’s debut success at this level in 19 attempts.

The team has changed considerably since that memorable evening in the Luzkhini Stadium where Gary Hooper, Georgios Samaras and an own goal from Dmitri Kombarov gave the Hoops three points.

Spartak, with ex-Celt Aiden McGeady in the team, had defender Juan Insaurraider red-carded for a trip on Hooper.

Here are the Hoops heroes:

The skyscraper keeper became a firm favourite with the Hoops fans after joining permanently in 2012 following two loan seasons from Newcastle. 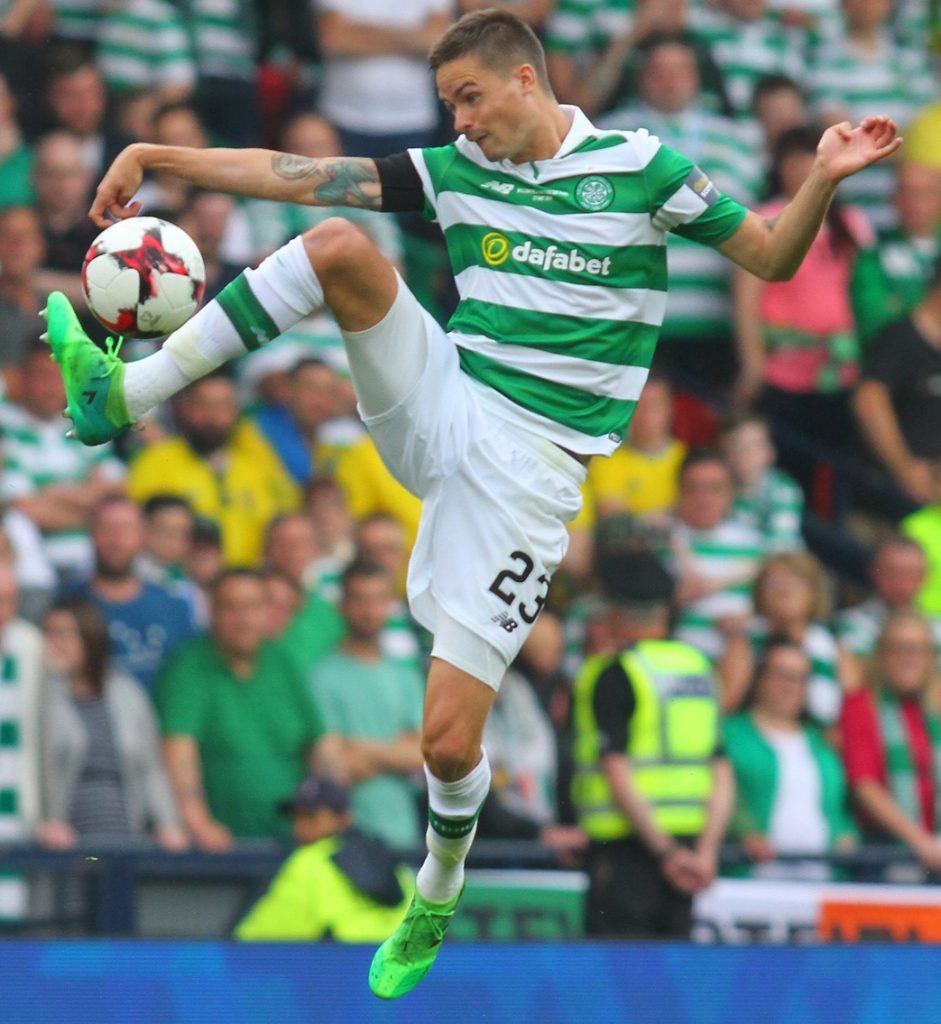 The Swedish international right-back put in a typical performance in Moscow as Lennon’s men refused to settle for a point.

Lustig, 31, who joined from Rosenborg on a Bosman in January 2012, played in last week’s 1-0 victory over Zenit St Petersburg at Parkhead.

The unpredictable Nigerian, 29, had one of his more concentrated displays in the team’s back four.

He finished last season on loan at Hibs and rejoined Lennon at Easter Road on a permanent contract in the summer.

The rugged central defender, 32, brought to Parkhead by his brief Nottingham Forest team-mate Lennon in July 2011, was resolute against the Russians.

The Englishman failed to settle in Scotland and returned to the City Ground outfit two years later in a £2.5million deal. He played last season at Rotherham.

The Honduran left-back set up the winner with a fine cross from the wing following a trrademark race to the touchline.

Thirty-one-year-old international Izaguirre lost his first team place to Kieran Tierney in season 2015/16 and moved to Suadia Arabian outfit Al-Faya in the summer. 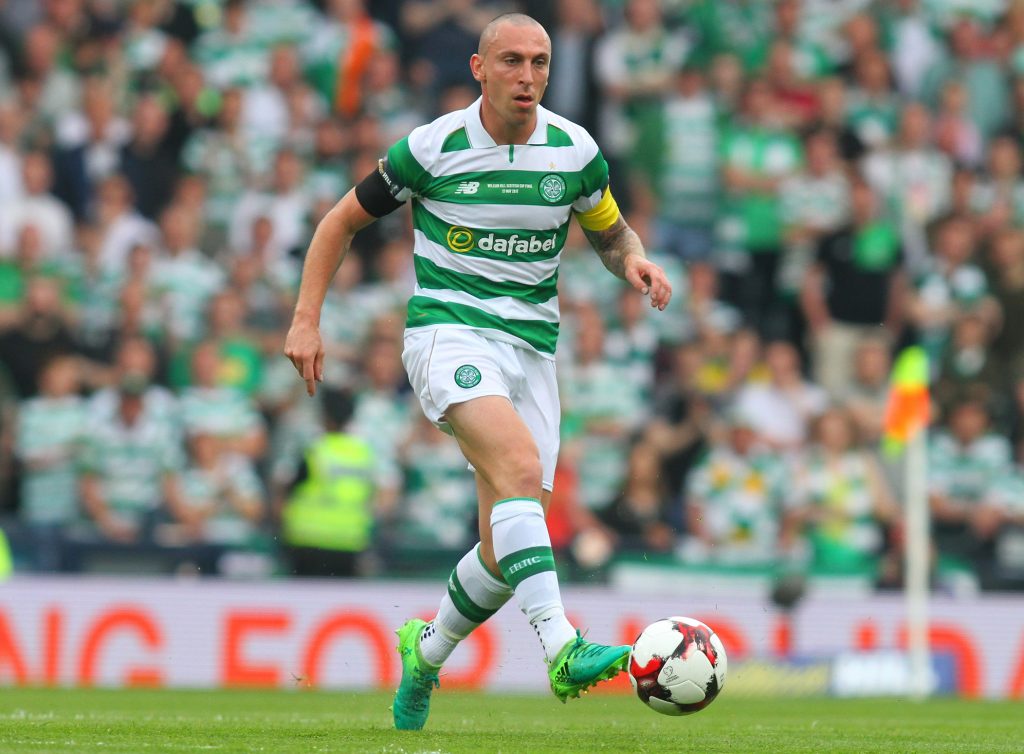 The 32-year-old turned in another pulverising performance in the engine room as he inspired his team-mates.

A mainstay in the line-up for Gordon Strachan, Tony Mowbray, Lennon, Ronny Deila and now Brendan Rodgers, he will return tonight following his one-game suspension.

The Kenyan midfield enforcer was replaced by James Forrest as the visitors went for the winner.

He joined Southampton in a £12million deal in July 2013 and the 26-year-old powerhouse moved to Spurs for a similar fee three years later.

Another favourite among the Hoops support after joining for a bargain £300,000 from Derby in January 2011.

The former Scotland midfielder, 34, was hampered by injury last season and only managed a handful of games on loan at Hibs. He now works in the media.

The versatile defender/midfielder played in front of Ambrose and Wilson to repel Russian raids. Following a booking, he was replaced with Joe Ledley in the 60th minute.

Mulgrew, 31, joined Blackburn just after the start of last season as a free agent following his release by Rodgers.

The former Scunthorpe striker, 30, put Celtic on the way to glory with the opening goal in the 12th minute.

He returned across the border in £5.5million move to Norwich City in July 2013 before joining Sheffield Wednesday last year.

Greek international Samaras, 33, bought by Strachan from Manchester City in 2008 following a loan spell, left at the end of his contract in 2014. Had a brief spell with West Brom and is now in Turkey with Samsunspor. 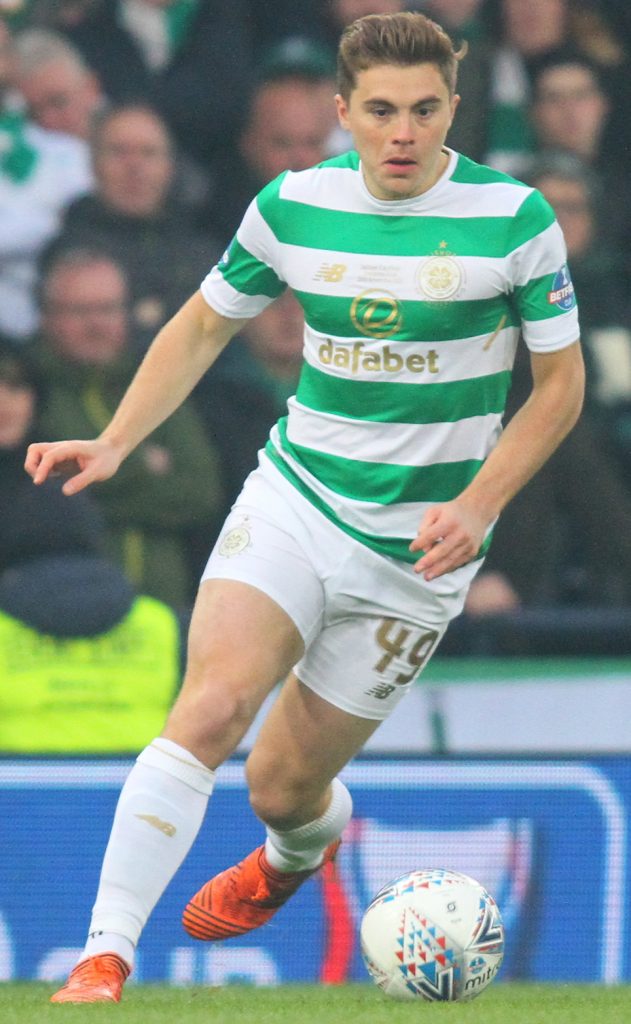 The 26-year-old winger was introduced for Wanyama 20 minutes from the end to stretch the Spartak back-line.

A success story under Rodgers and has netted a career-best 16 goals so far in this campaign. He will be a key man this evening in St Petersburg.

The Welsh international, who came on for Wanyama, was snapped up on a Bosman from Cardiff City in July 2010 and proved to be a vital member of the squad.