Celtic Quick News on News Now
You are at:Home»Latest News»‘CELTIC’S STEAL OF THE CENTURY’
By CQN Magazine on 23rd May 2018 Latest News

NEIL LENNON has admitted he couldn’t believe his luck when he signed Virgil van Dijk for Celtic for only £2.6million in July 2013.

Lennon, now in charge at Hibs, admitted he was stunned when he first got a look at Van Dijk in his Groningen days.

He said:  “You’re watching and going: ‘Wow, is this boy available? There must be something wrong with him. He must have one eye or something. Or something missing’. Then you go and watch him and you’re thinking: ‘God, he could play for us no problem.’

“He had fantastic temperament, fantastic physique and his all-round qualities. He was just a Rolls-Royce. He could go through the gears when he wanted to. Technically unbelievable.

“When I saw him playing for Groningen, he used to bring the ball out of defence, hit the ball 40-50 yards on a sixpence to the winger. He was attacking the ball in both boxes. 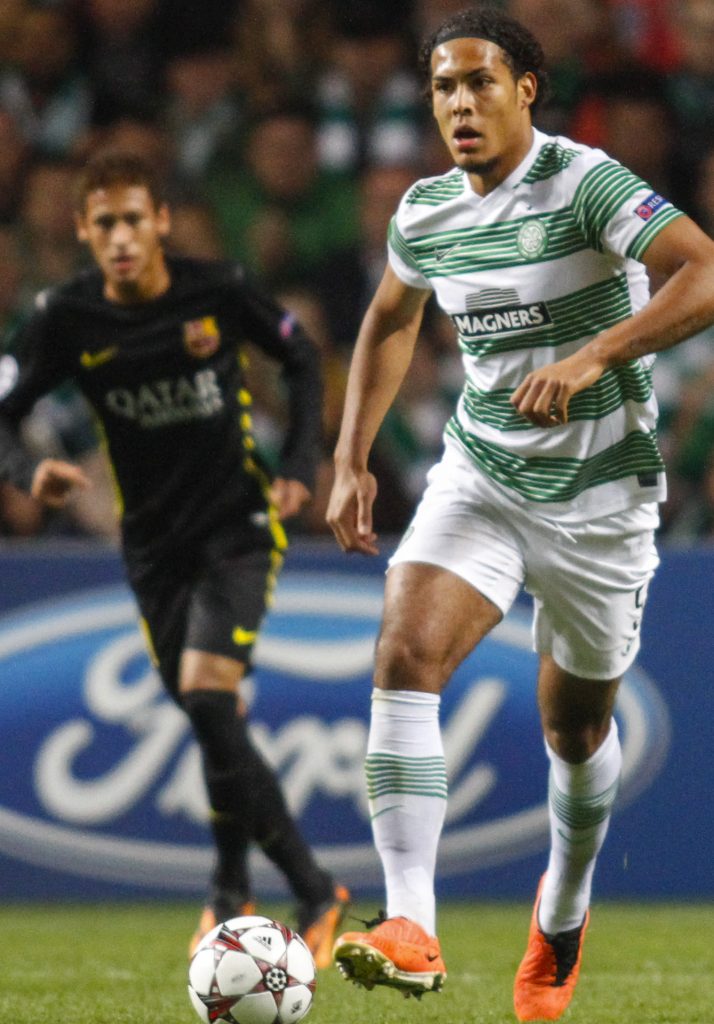 DUTCH OF CLASS…Virgil van Dijk has everything under control in a European clash against Barcelona with Neymar looking on. Pic: Geo.

“I thought: ‘There must be English Premier League scouts watching this guy.’ In the end, we got him for just over two million euros. I couldn’t believe my luck, really.

“In the first day when we got him into training, I said: ‘Look, enjoy yourself here, you’ll not be here long.’ He was just that good. It was a no-brainer. Honestly, he was one of the steals of the century.

“I watched him once, against Ajax – and he made a mistake! But you only needed to watch 10 minutes and you just knew.

“He hasn’t changed that much. People say he’s got better. Well, he was like that when he was 22. He’s now captain of his country.”

Lennon added: “He has made Liverpool better. I think he has been the missing link, really. When you look at their defence, you’ve got a young right-back, Trent Alexander-Arnold,  in there of 18, 19, and Dejan Lovren can be a bit hit and miss,

“So Virgil has come in and made Liverpool far, far better. We knew all about them going forward, but defensively they are a lot sounder now.

“I was surprised how long he actually did stay at Celtic. Was it two years? I thought he would have been snapped up well before then.”