The shotstopper, who is also his nation’s captain, was ordered off before half-time with the game still goalless and it proved to be the turning point in this Euro 2021 quaifier.

Hazard was banished in the 38th minute when he raced from his goal and was involved in a collision with opposing striker Dennis Man. 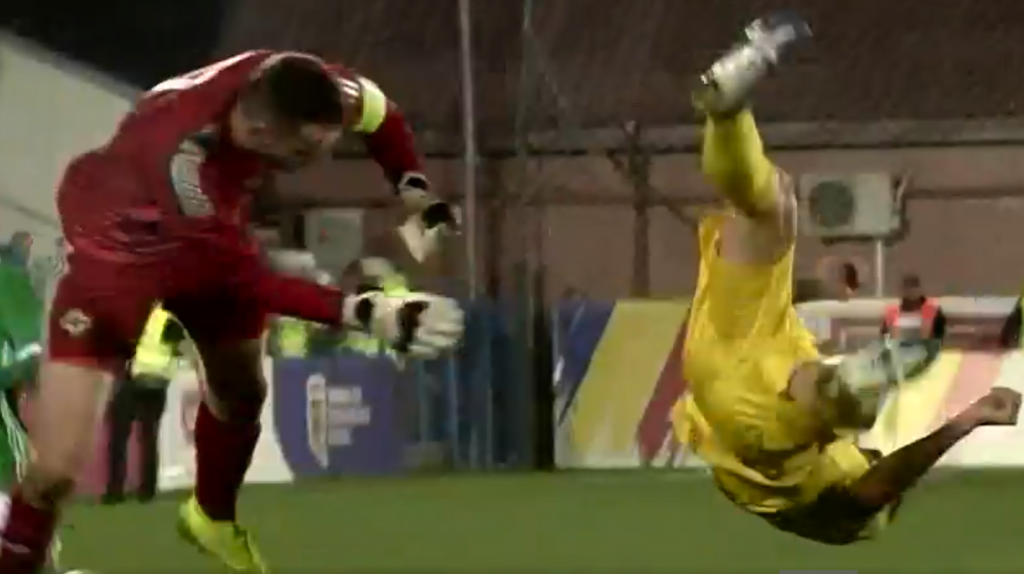 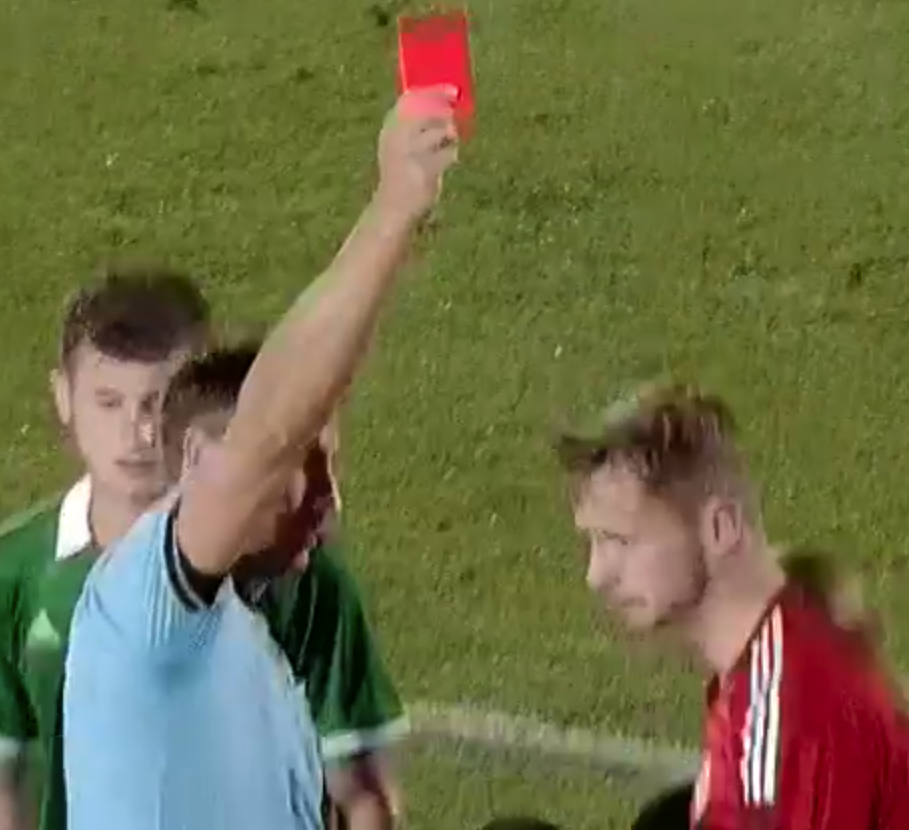 SEEING RED…Hazard is sent off by the referee following the incident.

Both required treatment after the clash and the young Celt was shown the red card as soon as he recovered.

Ironically, he was replaced in goal by his Celtic team-mate Liam Hughes with the rookie netminder taking over from midfielder Ethan Galbraith as the Irish reshuffled the pack.

With Hazard off and the team down to 10 men, the Romanians scored three goals without reply.

The Irish have just two points from four games in their qualifiers, although three of those matches have been away from home.

Hazard is No.4 in the pecking order at the right-in-a-row champions behind Fraser Forster, Craig Gordon and Scott Bain.